Public alarm over the use of silicone is unwarranted, says Alan Lansdown 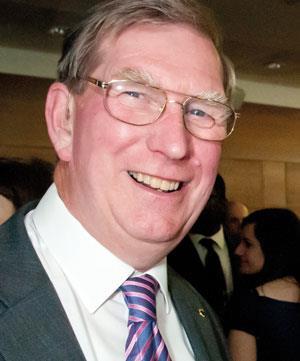 Recent controversy over poor-quality silicone implants has once more brought the issue of silicone toxicity to the fore. Toxicity scares are popular fare for the press and other media but, as is often the case, the treatment of these stories belies the weight of scientific evidence.

Silicon itself is all around us, in our food, clothes, homes and workplaces, and is an essential micro-trace element in the human body – a constituent of bone, connective tissues and skin. A diet rich in fruit, vegetables, cereals, kidney beans and beer is good for supplying the body’s silicon requirements (about 1g). Since being isolated by Jöns Jacob Berzelius in 1823, advances in silicon chemistry have brought silanes, siloxanes and silicones and, with them, a vast range of commercial products which are now integral to everyday life.

The original silicone polymers based on the Si–O–Si chain structure were developed to counter the advancing trade in plastics in the 1930s. They are amazingly versatile and are water repellent, heat stable, resistant to chemical attack and mostly of low grade toxicity. Apart from the numerous industrial uses in buildings, lubricants and engineering, silicones are ideally suited for use in food and drink products, clothing softeners, cosmetics, barrier creams, lotions and ointments. Silicone-based dressings have had a major impact on wound care in recent years and there is extensive literature on non-adherent silicone dressings for chronic ulcers, burns, scar tissue and other lesions, with recommendations that they are comfortable and advance healing. In the body, silicone-based products are used for in-dwelling catheters, orthopaedic devices and injections for retinal detachment. Isolated reports of irritancy and immune responses have been recorded in the use of silicones for catheters and dressings but these are often the result of infections, biofilms and toxins instead. The balance of evidence from clinical and experimental studies indicates that silicones present low risks in human and animal medicine.

Of course, it is the much vilified range of implantation products for cosmetic surgery for which silicone is perhaps most infamously known. Reports of foreign body reactions and cancer associated with biodegradable silicone implants or the release of silicone oil from silicone–rubber pouches used in breast surgery cause much concern and receive the greatest attention.

Silicones have been used in cosmetic surgery since 1962, when no specific statutory regulations were in place to control the marketing or use of medical devices in the UK, Europe, or the US. Despite repeated assurances that they are inert and induce minimal foreign body reaction, these products have been subject to constant scrutiny and criticism. According to Thomas Stuttaford (The Times), ‘research in many countries has failed to show convincingly, any serious or significant risk associated with conventional silicone implants, but then Britain has taken a responsible view of the matter’. Nevertheless, the news media across the world have voiced their opinions of inherent risks attributable to faulty implants, cheap sub-standard silicones, inappropriate surgery, etc.

The furore following the recent disclosure that a French company used a substandard PIP silicone to produce breast implants is still not laid to rest (in the press at least) despite the lack of positive evidence of risk and exhaustive safety testing by French Regulatory Authorities. The Medicines and Healthcare Regulatory Authority have now assured themselves unquestionably that silicones used in breast implants are neither mutagenic nor liable to cause cancer. These views are entirely in keeping with enquiries by the UK Department of Health and the US National Cancer Institute (NCI) who evaluated 35 epidemiological studies and could find no causal link between silicone breast implants and connective tissue disease or cancer. In fact, surprisingly, their statistics showed that ‘women with implants exhibited a lower incidence of breast cancer’. The NCI found no altered risk of breast cancer associated with any type of implant in 13,500 women implanted between 1962 and 1989. The Scientific Committee on Emerging and Newly Identified Health Risks reported that ‘the limited clinical data available along with the absence of epidemiological studies on PIP silicone breast implants, provide insufficient evidence to warrant a conclusion that women with PIP implants are subject to greater health risk than women with implants from other manufacturers’. However, they emphasise the number of good quality studies showing no increase in any type of cancer or connective tissue disease among women with standard silicone breast implants (including those with ruptured implants).

Chemists and clinicians can be assured that research shows silicone implants are not a specific cause of human cancer or other adverse response. Of course, there is always a need to monitor human responses to silicones and any other xenobiotic materials implanted in the body, using the most recent advances in biotechnology and analytical science. But our opinions and decisions must be based upon the evidence, which speaks overwhelmingly in silicone’s favour.