Atom economy is a noble aim, but there are other routes to efficient molecule making

We synthetic chemists can make a lot of things. If you give us enough time and money, we can probably make most things. But time and money are often limiting resources, so we try to come up with the shortest and least wasteful routes possible. In the mid-1990s, the concept of atom efficiency was introduced by synthetic chemist Barry Trost from Stanford University, US, as a way of quantifying this. For a while, it was a phrase that showed up in a lot of papers. 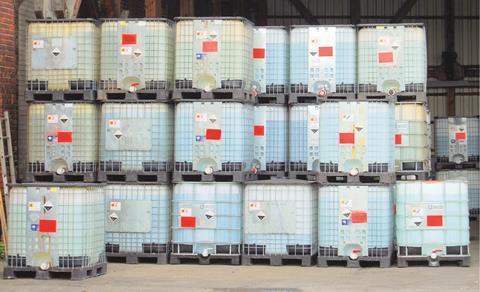 When it comes to manufacturing scale, atom efficiency has a massive impact on the amount of waste a process generates

The idea is to not introduce unnecessary atoms into the synthesis. You shouldn’t be hanging large groups off your molecule that are just going to be thrown away in the final product, and you shouldn’t be using stoichiometric reagents that are far larger than the reactants you’re using them on. This concept put some dents into some popular reactions. For example, several classic organic chemistry reactions are driven by forming triphenylphosphine oxide from the corresponding phosphine. That makes sense thermodynamically, but when all you’re doing is adding one oxygen atom to a large reagent, the whole exercise starts to seem wasteful. To make things worse, the resulting byproduct has to be purified away from your desired compound, which can be a painful process. And triphenylphosphine oxide itself isn’t good for much, so more often than not it’s disposed of as chemical waste.

That, in the end, is the real reason for thinking about atom efficiency: the waste stream. You have the used-up reagent, and you have the solvents and perhaps the chromatographic supplies needed to get it out of the reaction at the end. These are the sorts of thoughts that have always run through the heads of process chemists in industry, and it has to be a good thing that these considerations have become more mainstream. No large industrial route would ever be driven by oxidising triphenylphosphine; anyone suggesting such a thing would be thrown out the door before they could have any other brilliant ideas. You’d have to haul the stuff away in trucks, and to where?

More recently, though, I’ve not heard about atom economy as frequently. Perhaps that’s because the concept is better-known now, and already part of the mental furnishings. Or maybe I just don’t read enough journals that are explicitly about green chemistry. But I think that another reason is that too many interesting reactions don’t match up very well with it. Carboxylic acids, for example, can be made to do a startling number of useful things if you turn them into activated esters, but the activating groups can be rather large beasts (and often end up as waste products at the end of the process). Balancing this out is the great and continuing interest in catalytic reactions, although some of these need bulky throwaway groups to work effectively as well.

For chemists like me, who work on small scale most of the time, we can rationalise using these things because they make our new compounds faster and in greater variety. There’s your efficiency! But even so, we sin at a retail level against the gods of waste disposal, and we run the risk, come scale-up time, of sticking our process colleagues with the problem of finding some way not to use these ponderous reagents. We may love these reactions, but it’s a love that in the end can never be.

There’s no general solution to this problem. We just have to make sure not to forget the whole idea of atom efficiency while we’re busy making one-time exceptions to it. Second- and third-generation variations of popular new reactions should aim to strip the weight out of the reagents, when possible. The chemists developing these new reactions, for their part, need to avoid the temptation to get the yields up another 5% in the table by adding another 300 mass units to the new common reagent. We can all live with slightly less impressive yields in order to avoid the truckloads of triphenylphosphine oxide (or worse!)