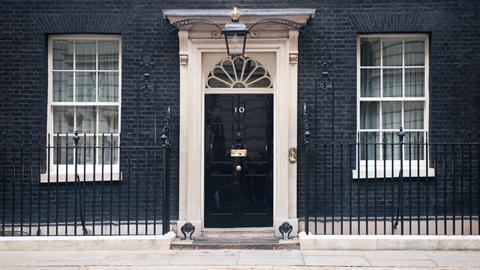 Speaking up for UK science

So after a bit of a delay the post of science minister has finally been filled. Step forward Amanda Solloway, the new science champion for Boris Johnson’s government. Her appointment came after confusion among scientists and policy-watchers on exactly where responsibility for science now lies in the government. Given that it was one of the last posts to be filled this didn’t give the impression of a government committed to putting science and innovation at the heart of the economy.

The new science minister’s credentials don’t immediately inspire confidence either. The Campaign for Science and Engineering (CaSE) drew up a list of more than 100 MPs after the December election who had experience of studying or working in the sciences. Solloway did not feature.

And it’s hard to predict what direction she might take based on her record. She has barely been an MP more than two years, having narrowly won her seat in 2015 and then lost it in 2017, before winning it back again last year. During her brief time in parliament she has not spoken out on science issues and has no prior ministerial experience. But science expertise is not a prerequisite for the role and we must judge Solloway on her performance. Hopefully, she will be a strong advocate for science as her well-liked predecessor Chris Skidmore was, and Sam Gyimah and Jo Johnson before him – the science minister post has had a high turnover in the past year.

Got a promotion in the #reshuffle to be a better Dad with more time to spend with this gorgeous little one....

Thanks everyone who I’ve had the chance to work with and the civil service teams that have supported me- you have all been amazing pic.twitter.com/RdvdMCEl1N

One big difference for Solloway is that unlike her predecessors, she will not hold the universities brief – that responsibility now sits with Michelle Donelan. And the role of science minister has been downgraded so that Solloway will not be part of the cabinet. It’s worth noting that Solloway’s counterpart, universities minister Michelle Donelan, did not appear on CaSE’s list either, although Donelan does have ministerial experience.

The response from top scientists, who are well used to biting their tongues when it comes to politics, was unusually sardonic. Martin Rees, Astronomer Royal and Fellow of Trinity College Cambridge, noted that this was the fourth change to the post in a year. He added that he hoped that Solloway ‘stays long enough to get up-to-speed on a challenging and diverse brief’. John Womersley, former head of the Science and Technology Facilities Council, also expressed doubts. ‘I do hope that the kind-of, sort-of, not-quite announcement of Amanda Solloway’s appointment as science minister is just a communications misstep, and doesn’t indicate that she’s kind-of, sort-of, not-quite empowered in the post.’

So what to make of it all? If the relevant minister is not speaking for science in cabinet, then it would appear that Number 10 will either be ignoring science, or taking more direct control of it. Given the extensive writing on science of Johnson’s Svengali, Dominic Cummings, the smart bet would be on the latter. This will mean that Cummings now has free reign to direct science and get his pet project – a UK version of the US’s Advanced Research Projects Agency, now known as Darpa – up and running.

The need for a strong science minster is obvious as negotiations on remaining part of the EU’s influential research programmes are just starting. Wednesday’s budget’s promises to boost science funding add to this. This government has made bold promises on R&D, but it risks undermining Solloway by directing science policy from Number 10. If even the science minister struggles to make the case for research at the highest level, then how will scientists’ concerns ever be heard?