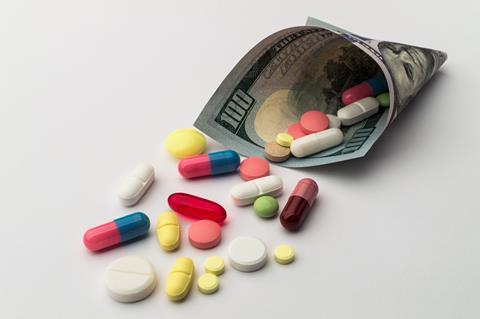 A new biotech startup was launched with considerable publicity at this year’s JP Morgan Healthcare Conference in San Francisco, US. EQRx wants to make the drug discovery process cheaper and quicker, by developing new compounds that are similar to existing, proven drugs, where the target biology is already validated.

Anyone familiar with the drug discovery process would refer to these as ‘fast-follower’ or ‘me-too’ drugs, and rightly say that they have been part of the drug development landscape for many years (all the while lambasted by industry critics as lacking innovation). So what is different about EQRx?

In among a lot of vague claims about using artificial intelligence to ‘disrupt’ drug development, the key difference appears to be that EQRx intends its drugs to compete more on price than on performance.

Traditionally, when a company is developing a drug that is not the first in its class, it aims to differentiate it from the competition by claiming improved performance, fewer side effects or targeting a particular patient population. Prices then tend to be broadly similar to the competitors’. EQRx seems to be saying it will make molecules that perform roughly as well as the competition, but will sell them at dramatically lower prices – in the hope of capturing significant market share and therefore making money through volume.

Sounds attractive, and taps into a popular feeling – particularly in the US – that drug prices have begun to outstrip the value they offer to patients. But can it be done?

As veteran medicinal chemist and Chemistry World columnist Derek Lowe points out, doing this from scratch seems nigh on impossible. In fact he’s willing to bet $500 that it will not happen. Even if EQRx does have some whizzy technology that will somehow speed up the development process, as it claims, human biology doesn’t always play ball.

Which leads me (and many others) to infer that the company may try to license some drug programmes that have been parked at relatively advanced stages by other firms. This can happen for a variety of reasons, many of which are strategic rather than because the drug doesn’t work. But such licensing requires you to know where those programmes are – and which ones are worth buying – which is not a simple task.

Even assuming that EQRx can find and/or develop some new drugs, it then needs to convince healthcare providers to pay for them. In many countries – such as the UK with bodies that make judgements on cost-effectiveness of drugs – this might work quite well. However, in the US, the system is so distorted that an existing drug with a high list price, but which offers a big rebate to insurers, can be preferred to an alternative with a lower list price.

The optimist in me wants EQRx to succeed, even in part. But equally, I shan’t be surprised if it quietly disappears.