Almost ten years ago, a team of atmospheric chemists created a vision of hell: a simulation of Earth in 2065, stripped of two-thirds of its stratospheric ozone. Without this protective shield, harmful ultraviolet radiation beats down on the planet, killing crops and sending skin-cancer rates soaring. This infernal forecast reminds us what a world without the Montreal Protocol might look like. 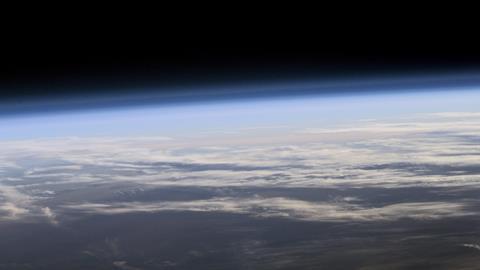 CFC-11 is known to deplete the ozone layer, which protects the Earth from ultraviolet radiation

Thankfully, the protocol has been very successful. Coming into force in 1989, it established a timetable to phase out the use of halocarbons that break down ozone. Parties to the treaty have mostly stuck to the plan, and stratospheric ozone levels are expected to recover by the middle of this century.

But success is no excuse for complacency. In May, researchers revealed that emissions of trichlorofluoromethane (CFC-11), a potent ozone-depleting chemical, have increased markedly over the past few years. The chemical was once used as a blowing agent to expand polymer foams, but the protocol stipulated that developed countries had to cease CFC-11 production by 1996, while developing nations had until 2010 to comply. Although parties to the protocol reported that CFC-11 production had fallen to almost zero by 2006, that was clearly no longer true.

Over the past month, further investigations have shown that Chinese companies are using CFC-11 to make polyurethane foam, which provides thermal insulation for buildings, refrigerators and other appliances.

This is an important test for the Montreal Protocol. To curb these emissions, parties to the treaty must work together to crack down on the illegal use of CFC-11 – and they must invest in the atmospheric research needed to ensure compliance.

The initial reports on CFC-11 came from Stephen Montzka of the National Oceanic and Atmospheric Administration in Boulder, US. His team’s measurements of atmospheric CFC-11 concentrations suggested that the rate of emissions has risen to 67,000 tonnes per year, enough to delay ozone recovery by a decade. With the help of computational simulations, they concluded that the most likely sources were in east Asia.

Montzka’s research spurred the Environmental Investigation Agency (EIA), an international campaign group, to dig deeper. It contacted 25 companies in China that manufacture polyurethane foams, or its raw ingredients. Eighteen of them confirmed that they used CFC-11 in their products, even though many acknowledged that it was illegal. Some of these companies also export the materials, a practice that is also banned by the Montreal Protocol. Several companies noted that they received tip-offs in advance of government inspections, giving them time to shut down their factories to evade detection. In a report published on 8 July, the EIA estimates that polyurethane foam blowing could be causing annual CFC-11 emissions of about 10,000 to 12,000 tonnes.

China’s government is already trying to clamp down on CFC-11 production. In 2015, officials in Shandong province shut down 15 manufacturers of prohibited ozone-destroying chemicals, according to a New York Times investigation in June. And earlier this year, the Chinese government tightened up regulations on the use of carbon tetrachloride, a precursor to CFC-11.

But China must redouble its efforts. The government needs a more rigorous programme of inspections to monitor companies that make polyurethane foam and its ingredients, and apply tougher penalties for those using banned chemicals. The parties to the Montreal Protocol should also take steps to check whether imported polyurethane foam has been made with the help of CFC-11, and set out a clear timetable for progress updates from the Chinese government.

Meanwhile, international chemical companies operating in China may be well aware that CFC-11 is being produced and used by others in the industry – if so, they must sound the alarm. More broadly, companies that buy polyurethane foam from Chinese suppliers also have a responsibility to ascertain how it was manufactured.

Many of these actions were discussed at a Montreal Protocol working group meeting in Vienna on 11–14 July, and reports suggest that the Chinese delegation was more than willing to engage with the issue. However, polyurethane manufacture may not be the only source of CFC-11. And even if this particular application is stopped, it’s important to understand the underlying drivers of this activity to avoid production popping up elsewhere.

Many of the companies interviewed by the EIA and the New York Times said they preferred to use CFC-11 because it was cheaper and more effective than other blowing agents. In fact, there are several viable alternatives, depending on the end use of the product, including water, cyclopentane and pentafluoropropane (HFC-245fa). In some cases, companies were not aware of these options; in others, they were unwilling to shoulder the costs of converting to a new process. That underlines the need for governments and industry groups to ensure that companies are fully aware of their options, including financial assistance that may be available through a Montreal Protocol funding mechanism.

Demand for polyurethane foam in China is also growing rapidly. The country’s ongoing construction spree, along with its energy efficiency programmes, means that demand for insulating foam is higher than ever. But this must not be allowed to undermine the gains made in tackling ozone depletion.

Delegates at the Vienna meeting agreed to gather more information and make recommendations to a full gathering of Montreal Protocol parties in November. Crucially, they should call for an expanded atmospheric monitoring programme in East Asia, particularly China, Japan and South Korea, in order to pin down the locations of CFC-11 sources. Maintaining the success of the protocol requires constant vigilance, and as Montzka’s research has demonstrated, that depends on high-quality evidence.

Thanks to Avipsa Mahapatra of the Environmental Investigation Agency and Michaela Hegglin at the University of Reading, UK, for helpful discussions.