The shadow of drug resistance

Why do some medicines stop working, and can we avoid it for Covid-19 antivirals? 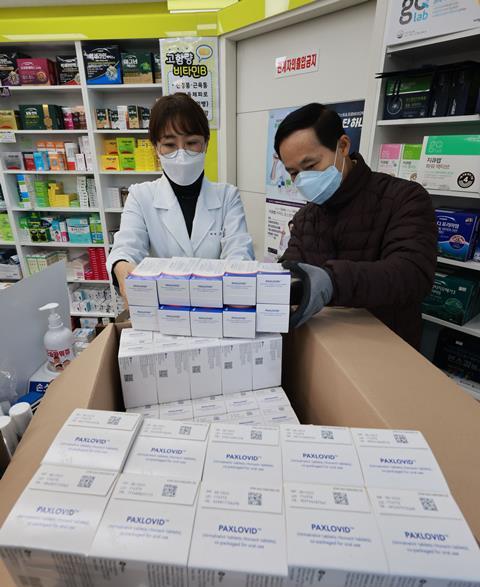 There is a temptation to distribute new antivirals far and wide to help slow the spread of the pandemic, but until more options are available, that must be balanced against the likelihood of resistance developing

There are some therapeutic drugs that people take for years (for example cardiovascular or diabetes medications) often with little adjustment in dosage. But others seem to ‘wear off’, become gradually less effective, or stop working altogether. It’s worth thinking about the various ways that can happen, and how that might apply during the pandemic.

To begin with the most dramatic case, a very strong stimulus to a physiological system can cause permanent changes. This is often noted by people trying a drug of abuse for the first time – and some unfortunate users chase that sensation for years, in vain. It’s a bit like the statement by ancient Greek philosopher Heraclitus about not being able to go into the same river twice: a drug user’s nervous system starts out never having been exposed to a powerful blast of that neurotransmitter-altering drug, and there is no reset button. That state can never come again; it’s likely that some neurons are outright killed or damaged by the experience.

A very strong physiological stimulus can cause permanent changes. This is often noted by people trying a drug of abuse for the first time

A similar (but less permanent) situation exists with less brutal doses aimed at less dangerous receptors. Consider the phenomenon of caffeine tolerance. Caffeine exerts its effects mainly through binding to brain adenosine receptors, and animals exposed to continual caffeine stimulation end up with fewer of them. The nervous system adjusts to try to bring the signaling of this network back into balance, and it’s worth noting that the levels of several other receptor types also change, although not as dramatically. That’s why increasing amounts of caffeine are needed for a jolt of wakefulness (or perhaps just to get back to even), and why a sudden lack of caffeine leads to headaches. If you go without it long enough, though (days to weeks) the receptor population gradually adjusts back in the other direction. Drugs aimed at various G-protein-coupled receptors (GPCRs) are most well-known for these effects, but those hitting other targets can exhibit this sort of tolerance as well, usually through similar longer-term changes in protein synthesis.

Beyond these homeostatic effects, you have outright resistance mechanisms. That’s a different order of trouble, mostly associated with strong evolutionary pressure applied to fast-growing cells. It’s as clear an example of Darwinian selection as you could ask for. That’s why you see resistance develop in infectious disease – as the pathogens mutate around the challenges of the human immune system or of some antimicrobial drug – and in cancer, where mutated cells are under pressure to escape the killing effects of chemotherapies. The susceptible cells are killed off, clearing the field for the less-affected ones to continue growing. The combination of drug therapy and the immune system is (usually!) enough to finish off infectious pathogens, but in cancer, the variety of mutated cells is so great that any given chemotherapy is often pre-ordained to become ineffective as resistant cells take over. Sadly, this leads to the well-known phenomenon of a given cancer treatment working for a while – weeks, months, perhaps even years – only to fail in the end.

The usual way around this is to hit the target cells with more than one drug mechanism at a time. The idea is that mutating out of two completely different pathways simultaneously is far less likely. That’s why the curative treatment regimens for hepatitis C and the ones that fight HIV to a standstill are both cocktails of more than one drug type. And that is what we will probably end up with versus the current coronavirus. Right now, we have Pfizer’s Paxlovid (nirmatrelvir, a protease inhibitor, combined with ritonavir to slow down the drug’s metabolic destruction) and Merck & Co’s Lagevrio (molnupiravir – a polymerase inhibitor, but unfortunately not a very effective one, apparently).

Paxlovid has better efficacy, but it will be very surprising indeed if treatment via a single mode of action does not eventually produce resistant viruses. Many of these variants will be deficient in some other way, but there are no guarantees. If you have only one strong antiviral to use, it would be wise to restrict it to the people who need it the most, resisting the temptation to tell everyone to take it whenever they please.

Paxlovid supply constraints will keep that from happening for some time, and let’s hope that our own good sense helps, too. Until we can shore it up with other effective drugs, Paxlovid will be in a race against the virus. Let’s hope it shows good form.