The trouble with boycotts

Cutting academic ties with a censured state can do more harm than good, says Mark Peplow 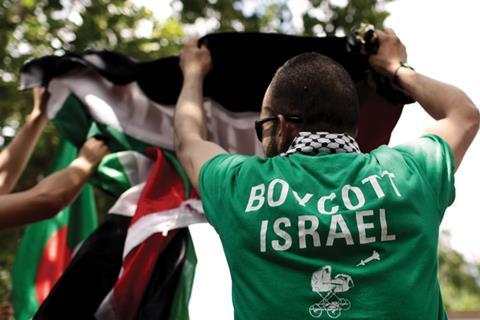 Academic boycotts need to be more than symbolic protests

It has been a grim summer. Every week seems to bring an exhibition of fresh atrocities: bloodied bodies of dead children carried through the streets of Gaza; the remains of downed airliner MH17 scattered over the sunflower fields of eastern Ukraine; gruesome photographs of torture and execution of dissidents in Syria.

The heartbreaking toll of conflicts in these regions is hard to ignore, yet as individuals we are virtually powerless to alleviate this suffering. Some scientists argue that one of the few tools at their disposal to effect political change is an academic boycott – a cessation of all contact with scientists working in a targeted country.

Calls to boycott Israeli academic institutions are more strident than ever since the nation’s recent military action in the Gaza Strip. But do such boycotts undermine a fundamental principle of science by limiting the free exchange of ideas? And how do we determine if they would even be effective?

Although a handful of US scholarly societies have backed an academic boycott of Israel, most leading scientific institutions firmly reject the idea on the basis that they limit freedom of expression in a discriminatory way. The Royal Society, for example, says that ‘blanket boycotts of scientists or other academics because of issues such as their nationality, race, sex, language, religion or political beliefs are unacceptable’.

While it is tempting to cleave to absolute principles, there must be exceptions – would we vehemently defend scholarly exchange with Hitler’s collaborators at German universities under the Nazis, for example?

Others arguing against boycotts suggest that science should simply stay out of politics, but this is naïve at best – science is inextricably interwoven with society. Indeed, many science organisations are enthusiastic proponents of using scientific cooperation to improve international relations.

Rather than basing our assessment on a point of principle, we should consider instead whether the likely benefits of a boycott outweigh the harm it could cause. It is far from clear whether apartheid-era boycotts of South African academics contributed in any way to the collapse of their government, for example. Some believe that it did add pressure for change; others claim that it had no impact, or even caused long-term damage to the university sector. In contrast, it seems far more certain that by targeting academics, boycotts harm the very people who might play a key role in fostering political change in their country.

So when might an academic boycott actually be worthwhile? In 2003, four University of Oxford scientists argued1 that a boycott should only be considered in exceptional circumstances, and when it has almost universal support in the academic community. Also, it should be more than a symbolic protest – there should be strong evidence that it would force a regime to change its bad behavior, and it should go hand in hand with broader international sanctions.

By those criteria, one might argue that there is currently a stronger case for an academic boycott of Russia than of Israel. The US government certainly seems to think so. Shortly after Russia’s annexation of the Crimea in March – an event that one might reasonably call exceptional – scientists working for agencies including Nasa and the Department of Energy were ordered to shut down their collaborations with Russian colleagues.

Compared to economic sanctions, an academic boycott would play a relatively minor role in pressuring Russian president Vladimir Putin to withdraw support for separatists in Ukraine. But its impact would not be negligible. Putin has invested heavily in science in recent years, and his country stands to lose a lot if its growing roster of international collaborations is curtailed.

For example, Russia and the UK signed an agreement last year to extend their cooperation in areas such as particle physics, energy efficiency and space science. The UK’s business secretary Vince Cable emphasised that he wanted to use such agreements to promote higher education in the UK as ‘an export industry’. If science can be used as a political tool to foster and reward good international relations, then perhaps suspending such agreements could act as a disincentive to governments that defy international law.

But there is one more key criterion to consider: would a boycott actually make the situation worse? Cutting off all contact with Russian academics could stifle the intellectual freedom that might ultimately help to create a more moderate political climate. On balance, that risk is too great compared with the political pressure that an academic boycott could realistically exert.

If the goal is to draw the world’s attention to malfeasance, then forceful and repeated censure achieves much the same result as an academic boycott. Meanwhile, international collaborations can offer support to scientists who press for change in repressive regimes; and projects like Sesame (synchrotron light for experimental applications in the Middle East), can even unite researchers from countries that are at loggerheads with each other. Science should not stay out of politics – but it should always assess the value of its interventions.