Swipe right to help in the fight against Huntington’s disease 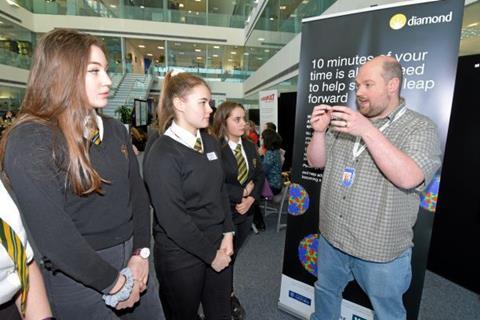 Researchers investigating protein misfolding linked disorders, like Huntington’s and Alzheimer’s diseases, are asking citizen scientists to help them analyse huge biological datasets. By volunteering just a few minutes of their time, members of the public can speed up research into the way these diseases progress and affect cells.

Volunteers help to train artificial intelligence systems by identifying cell components, meaning that the data analysis could eventually be automated. This would allow datasets to be processed in days, rather than taking weeks or months as is currently the case. In an earlier project, the same researchers had asked citizen scientists to help classify virus types in images of infected cells.

‘This project tests the hypothesis that the presence of Huntington protein aggregates leads to structural changes in the cell, which can be understood by analysing cryoSXT images,’ said Michele Darrow in a news release. ‘The initial workflow had users annotate the raw data, and now the raw data from this workflow needs to be cleaned up.’

To get involved, members of the public can visit the Science Scribbler website, or find the project on the Zooniverse app. Volunteers simply have to select yes, or swipe right, when the image they see has an organelle highlighted.