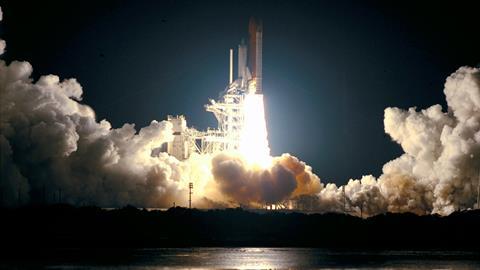 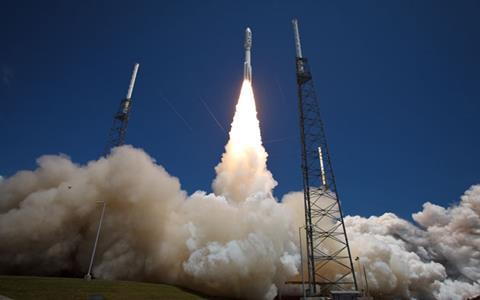 Hydrazine is a molecule made from two singly-bonded nitrogen atoms and four peripheral hydrogen atoms. In its anhydrous form, it is a colourless, toxic irritant and sensitiser, which damagesthe central nervous system, producing symptoms as extreme as tumours and seizures. The pungent smell of hydrazine is not unlike that of ammonia, and it is so powerful a reducing agent that it is highly explosive.

Considering this, it seems strange that around 100,000 metric tonnes of the stuff are manufactured worldwide every year. But hydrazine does influence our everyday lives. It keeps us warm, clothes and feeds us, can save our lives and even take us to the moon. In a way, it can even turn back time.

So how does such a simple molecule do all that? The answer lies in the industries that use it.

The most common use of hydrazine is to make foaming agents like azodicarbonamide.When bubbled through a liquid the polymer precursor, azodicarbonamide decomposes to nitrogen, carbon dioxide, carbon monoxide and ammonia. The waste gases channel through the liquid, leaving behind a porous, lightweight material that sets into a solid, like expanded polystyrene. But hydrazine gives us more than just disposable cups and packaging: polymer foams are used to make insulation panels for our homes, escalator tires and, yes, spandex.

Hydrazine is also used to make pesticides and pharmaceuticals. Although it is toxic to us directly, hydrazine rapidly breaks down in oxygen, making release into the environment low risk. It could even be an environmentally friendly fuel. In some types of hydrogen fuel cell, hydrazine breaks down to make nitrogen and water and gives out energy in an exothermic reaction. It actually produces a little more energy than hydrogen, is easier to store because it’s a liquid at room temperature, and avoids the need for an expensive platinum catalyst. But it also requires more manufacturing – it all depends on the balance.

Hydrazine can even be found in fossil fuel and nuclear power stations. As a powerful reducing agent, it acts as an oxygen scavenger, reducing metal oxides back into metals, and literally turning the chemical clock back on corrosion processes. 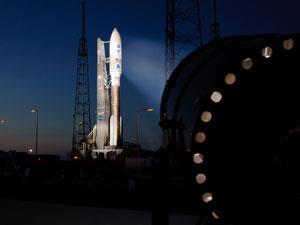 The explosive nature of hydrazine has been put to good use too. Sodium azide, the compound that activates car air bags, is manufactured directly from hydrazine and sodium nitrate. Sodium azide decomposes rapidly when it gets warm, creating huge volumes of nitrogen gas. A couple of slightly less explosive derivatives –monomethylhydrazine and unsymmetrical dimethylhydrazine – are used as rocket fuel propellants. Mixing with oxidising agent dinitrogen tetroxide, N2O4, creates a hypergolic mixture – a mixture so explosive, no ignition is required. As the fuel burns, three reactions take place, decomposing hydrazine into ammonia, nitrogen and hydrogen gases. Within milliseconds, the reaction chamber can exceed 800°C due to these extremely exothermic reactions. Ammonia is also broken down – this is endothermic and takes away some of the heat energy, but produces more nitrogen and hydrogen gases that are forced out of the rocket through a tight nozzle to create the thrust.

The first hydrazine fuel was used with methanol during world war two in the Messerschmitt Me 163B – the world’s first and last rocket-powered fighter plane. Unfortunately, these planes had a tendency to explode, and this along with fuel leaks killed more pilots than enemy fire. Today, some military vehicles use hydrazine, but chiefly it is employed in extraterrestrial exploration. The Curiosity Rover, which has been resident on Mars since 2012, used hydrazine to land on the red planet. And, on the 4th July 2016, the NASA New Frontiers mission ‘Juno’ descends onto the surface of the planet Jupiter - powered by hydrazine.

So there you have it, hydrazine. The small, explosive molecule at the forefront of future science, bringing planetary exploration, spandex and air bags together.

That was Rowena Fletcher-Wood. And once it gets there, Juno will examine the chemistry and dynamics of Jupiter’s atmosphere, so do keep an eye on our website for updates as hydrazine-powered Juno reports back. Sticking with space, did you know an early driver for the development of solar panels was to power satellites?

A space programme may drive the development of new technology, but it is not ideal to push for cost-effective solutions. The tradition in space has always been to go for the very best available, with cost being of limited concern. However, if these new photovoltaic cells were to become an effective mechanism for generating electricity back on Earth, there would always be a trade-off of the cost of manufacture, the robustness of the cells and the efficiency with which they could convert sunlight into electricity. This is where cadmium telluride has proved a very useful compromise.

Brian Clegg explains how cadmium telluride helped bring solar panels down to Earth in next week’s Chemistry in its Element podcast. Until then, get in touch on the usual channels if you have any compounds you’d like to hear, and catch up with our monthly magazine and book club podcasts on our website. I’m Ben Valsler, thanks for joining me.