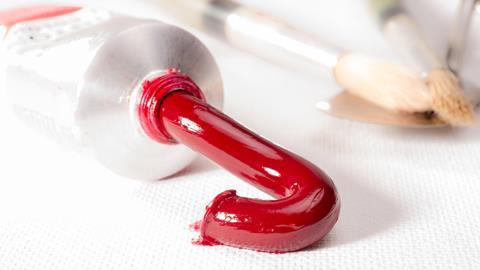 This week, Michael Freemantle brings us a compound that has helped to make the world more colourful. 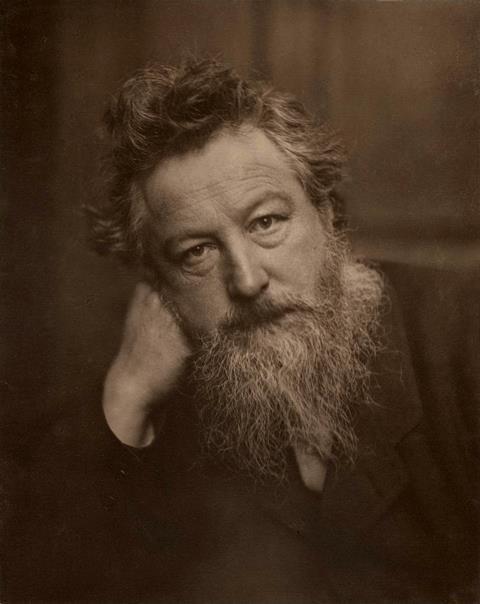 The 19th century Englishman William Morris had an oft quoted golden rule: ‘have nothing in your house that you do not know to be useful or believe to be beautiful.’

Morris was a man of many talents. He was a craftsman, writer, philosopher and political activist. He is well known as a creator of many popular textile designs and as a major influence on the Arts and Craft movement that blossomed in Europe and other parts of the world in the second half of the 19th century. The movement advocated the use of traditional hand crafts in preference to machines for the manufacture of furnishings and decorative items for the home.

One of Morris’ most famous creations is a printed cotton fabric known as the Strawberry Thief. The pattern depicts flowers in a kitchen garden together with thrushes stealing strawberries. Morris designed the fabric for use as curtains, drapes and loose covers on furniture. And to print the material, he relied on an ancient textile printing technique known as the indigo discharge method. Strawberry Thief was the first example of a pattern printed by this technique that added red and yellow to the blue of indigo. 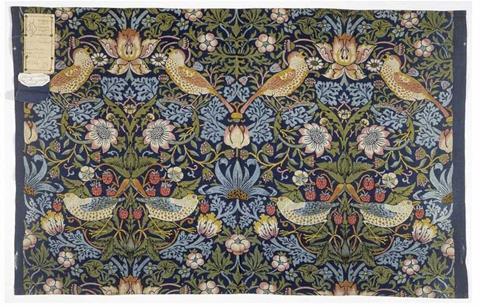 Morris liked to use traditional medieval dyes to colour his textiles. For red, he used natural alizarin dye. The dye was extracted from the red roots of plants in the madder family using the Turkey red process. The process originated in ancient China and was later introduced to Egypt, India and Persia. Cultivation and use of madder plants subsequently spread to Turkey, Greece and other European countries.

‘The art of producing a fiery and permanent red on cotton with the aid of madder roots, fatty oils, and aluminium salts was known in the East Indies centuries ago,’ noted the authors of a manual on dyeing published in 1910. The fatty oils, they noted, were buffalo’s milk or sheep’s milk. The Turkey red process was unpleasant, expensive, complex and lengthy. Another source indicates that urine, dung and blood or egg albumen were also used in the process.

The French began cultivating madder in the 13th century. By the 18th century several Turkey red dye works had been established in France. The first Turkey red dye works in Britain was founded in Glasgow in 1790. The dye was used to colour the fabrics required for the red coats worn by soldiers of various regiments of the British Army during the 18th and 19th centuries. 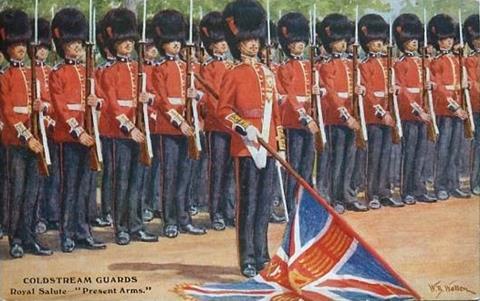 In the early 19th century chemists started to investigate the chemical composition of alizarin but its structure remained a mystery for many years. Initially, it was thought that its molecular structure was related to naphthalene. It was not until 1868 that two German chemists elucidated its structure. They showed that the compound could be synthesized from anthracene, a chemical extracted from coal tar and cheap to produce.

Alizarin is a type of chemical known as an anthraquinone. The formal IUPAC name of the compound is 1,2-dihydroxyanthracene-9,10-dione.

Within a couple of years of its discovery, alizarin was being produced synthetically on a commercial scale at a fraction of the cost of the natural dye. Synthetic alizarin had an immense economic impact. In particular, it proved a major disaster for French madder farmers and the madder industry. 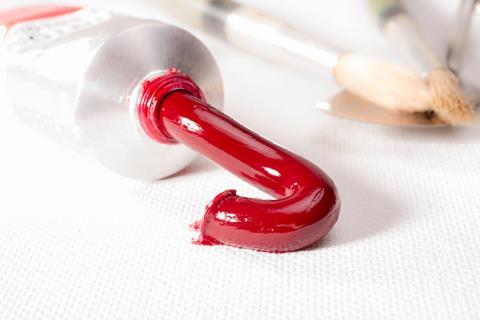 Morris created his Strawberry Thief fabric in 1883 and subsequently registered the design with the Patents Office. By that time, alizarin and other synthetic dyes were being manufactured on an industrial scale.

Yet Morris still preferred traditional dyestuffs. He believed that high quality furnishings and fabrics should be available not only to the wealthy but also to the population at large. Unfortunately, this philosophy was at odds with his desire that such goods should be produced from natural materials using traditional skills and techniques. Most people in the country in the 19th century just could not afford them.

That was Michael Freemantle with the colourful compound alizarin. Next week, Katrina Krämer speaks to Eva Hevia from the University of Strathclyde about a staple reagent for synthetic chemists

I believe it’s ninety or ninety-five percent of drugs that are manufactured by pharmaceutical companies, they require – at least in one step of their synthesis – the use of this reagent. So the implications for society and also for the economy are vast.

Find out more with Katrina Krämer next time. Until then, drop us a line with any suggestions – you can find us on twitter where we’re @chemistryworld, or email chemistryworld@rsc.org. Thanks for listening, I’m Ben Valsler.