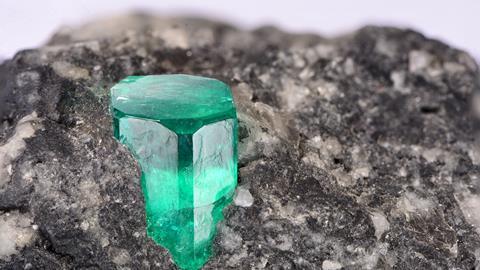 This week, how a pair of contrasting properties has led to a wide range of applications for beryllium oxide. Here’s Brian Clegg.

Many of us can name the first three elements, but by the time we get to number four, beryllium, things can become a little vague, and when we get down to beryllium compounds, the most notable being beryllium oxide, it’s easy to draw a blank. Yet this simple inorganic compound BeO – which goes under the alias of beryllia and used to be known as glucina or glucinum oxide – has impressive physical properties. 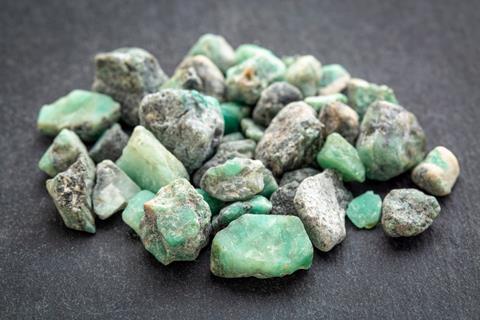 Beryllium itself is named after the mineral beryl, a word that was originally a general-purpose term for a crystal – in fact, the German term for spectacles, Brille, comes from the same origin. Although beryllium is familiar now, the OED gives it simply as a synonym for glucinum, which Humphrey Davy coined as a variant of the term glucina, first used by the French chemist Louis-Nicolas Vauquelin at the end of the eighteenth century. Davy seems to have applied glucinum to beryllium oxide in 1812, based on Vauquelin’s term: ‘Glucina is a compound of a peculiar metallic substance, which may be called glucinum, and oxygene.’ Rather worryingly, given that beryllium oxide is carcinogenic, glucina is derived from the Greek word for sweet, γλυκύς (glykys), which suggests some casual handling of the compound in the early days.

A white powder in its pure form, beryllium oxide has two tricks up its sleeve: it’s a very effective electrical insulator, and it is better at conducting heat than anything else other than diamond. It might seem that these two capabilities are in opposition. After all, the free electrons that carry electricity can also carry heat, so good conductors of electricity – think of most metals – are often good heat conductors. But crystalline beryllium oxide (like diamond) transfers heat as vibrations through the bonds between its atoms, which are rigid enough to ensure that little energy is lost in transmission. 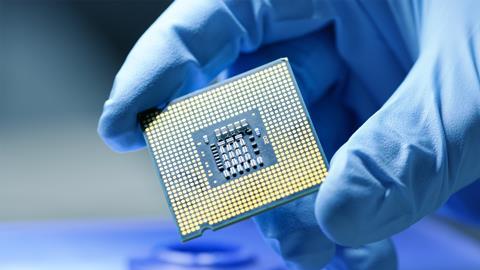 Being such a good insulator has given beryllium oxide a role in electronics. We tend only to think of the superstar players here – the semiconductors – but just as essential are the supporting roles of conductors to carry current from component to component and insulators to separate components from each other and their surroundings. As a very effective insulator, only a thin layer of beryllium oxide is required to prevent a circuit from shorting out – a property that is essential with the increasing miniaturisation of chips. But this compound is doubly effective because of its excellent conduction of heat.

Large semiconductor devices generate a considerable amount of heat from electrical resistance, and though they are designed to be able to run at temperatures up to around the boiling point of water, it’s important to be able to dissipate some of that heat into the surroundings – hence the familiar fans inside our computers. This means that mounting circuitry on a beryllium oxide insulating layer not only prevents short-circuits, but enables heat to escape through the mount. This is particularly important in circuits used to switch high levels of power, where there tend to be sudden surges of heat. 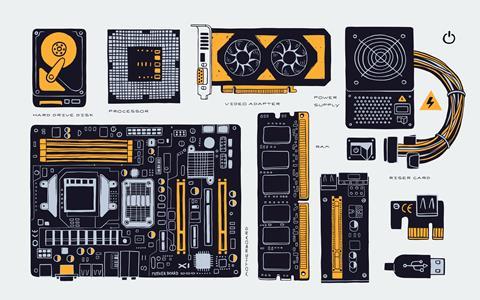 To make use of the oxide it is usually ‘sintered’ into a ceramic by applying heat and pressure to the powder, usually with some kind of agent, often lithium oxide. While electronics provide the most widespread applications, the compound also turns up in other places where its dual abilities are valuable. Most exotically, it has been employed in rocket motors to line the nozzles and in experimental small nuclear reactors. In the reactors, beryllium oxide acts as a neutron reflector, which bounces neutrons from the core back into it, increasing the neutron flow to make a reaction viable with less fissile material. At the same time, the beryllium oxide is a moderator, slowing down the neutrons, which is valuable as slow neutrons are required to enable nuclear fission to take place. Typical potential applications of these compact reactors would be in ships or in space.

Ceramic beryllium oxide also has a trick up its sleeve – the material is transparent to microwaves, so has been used both in windows in devices that allow microwaves out, and as protection for their antennas. Rather more mundane-sounding is the compound’s role in lining crucibles for making lithium ion batteries and in thermal grease – lubricant which is good at conducting heat away, thanks to a proportion of powdered beryllium oxide in the mix.

Beryllium oxide’s high melting point, superb heat conductivity and good electrical resistance make it a valuable resource in the electronics industry and beyond. Beryllium might be a light element, but while its oxide has to be handled with care, it is itself no lightweight.

Brian Clegg with beryllium oxide. Next week, how imperfections can produce precious products.

As amber is organic, unlike most gemstones, it has some unique properties. For example, I can’t think of any product other than amber that increases in value when it has flies or other insects entombed in it.

Join Mike Freemantle to learn about amber. Until then, get in touch in the usual ways – email chemistryworld@rsc.org or tweet @chemistryworld. Thanks for listening, I’m Ben Valsler.