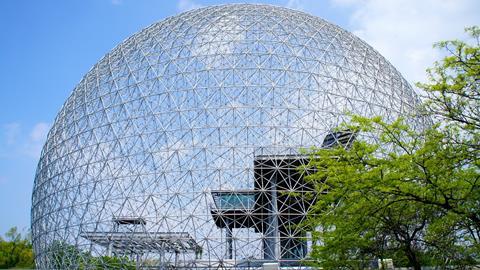 This week we combine the worlds of chemistry and architecture. Explaining more, here's Hayley Birch.

The crowning achievement of Montreal's 1967 World Fair was an architectural masterpiece named 'the Biosph?re'. Standing over 60m high, the steel frame of this geodesic dome was covered in an acrylic skin that made it glow with an other-worldly quality. Among the many millions of visitors to the site during the 185-day exposition were Grace Kelly, Jackie Kennedy, Bing Crosby and Queen Elizabeth II. None could have failed to marvel at the Biosph?re, which loomed like a giant bubble above the horizon. Despite the fire that later burned away its transparent casing, it remains, even today, a symbol of national pride and a reminder of the great success of the Canadian Expo.

In fact, the Biosph?re was a product of American, not Canadian, ingenuity. Its architect, Richard Buckminster Fuller, had begun showing dome structures in the early 1950s. He hoped his creations would form the basis of strong, lightweight housing designs, although in that sense, they never quite caught on. Fuller was a great believer in what he called 'design science' - a problem solving approach to the meticulous and methodical study of the components of the Universe. No doubt then, that he would have appreciated the spirit in which, two years after his death in 1983, a newly discovered, keenly studied and aesthetically exquisite molecule was named after him. 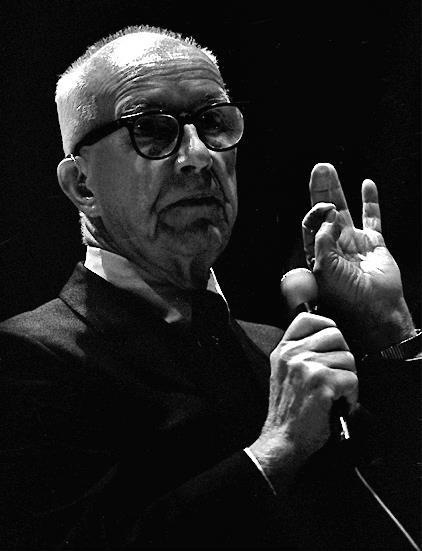 The newly discovered carbon allotrope inherited the rather cumbersome title 'buckminsterfullerene'. In a Nature paper describing the discovery, even the authors confess to being 'disturbed at the number of letters and syllables' in the name. But it was given for a good reason: buckminsterfullerene - otherwise known as a buckyball or C60 - looks for all the world like it could have been designed by the American architect himself.

Had it been discovered a few decades earlier, the structure of buckminsterfullerene could easily have been the inspiration for one of Fuller's domes. It is made from 60 carbon atoms, each perfectly aligned within a hollow cage structure so that the bonds form 20 hexagons and 12 pentagons - essentially, it looks like a football. As early as 1966, even as Fuller was preparing his Montreal masterpiece, David Jones, known to New Scientist readers as Daedalus, imagined such a structure in his column Ariadne. But since Daedalus had, by the eighties, become the fictional inventor of several fake perpetual motion machines, even top scientists could have been forgiven for brushing aside his football-shaped carbon molecule.

Indeed, it seems unlikely that buckyballs could form without more than a little prodding. But in 1985, Richard Smalley at Rice University, US; Harold Kroto at the University of Sussex in the UK and colleagues reported detecting signals in carbon plasma that looked strangely like C60. Although they couldn't provide any hard evidence, they concluded in their Nature paper that C60 must be a truncated icosahedron - and christened it there and then. They reasoned that the structure would be super-stable because each of the carbon atoms in the cage would have exactly three bonds, to three other carbon atoms, with their remaining electrons spread over the whole surface of the sphere in a giant aromatic system. Scientists have since shown that it takes an enormous amount of pressure to break these very strong bonds. 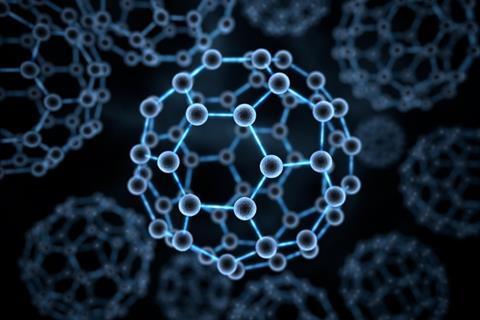 It wasn't until 1990, however - just six years before Smalley, Kroto and co. won the Nobel prize for their discovery - that they finally had their proof. The structure was confirmed by a team of German and American researchers, who had found a way to make carbon plasma containing high concentrations of the C60 molecule. Now they had enough for a scanning tunnelling microscope image, which showed exactly what Smalley and Kroto had predicted.

More recently, space telescopes have been used to identify buckminsterfullerene in emissions from the dying star Tc1, adding support to the notion that not all molecules in space are as puny as we once thought. It's also interesting to note that the conditions needed for the spaceballs to form naturally were similar to those orchestrated by scientists in the lab.

It's unfortunate, however, that years of hype about medical miracle cures made using buckminsterfullerene have led to claims that its legacy has been disappointing. Certainly, it has not found the broad spectrum of applications some expected. But in scientific circles, it has proved its worth, becoming the first of a new class of carbon nanomaterials that have driven fervent research in the area of nanotechnology into the 21st century. Carrying on the tradition in Fuller's name, the 'fullerenes' include one of the most talked about materials of the last decade: carbon nanotubes, which have found potential applications in electronics and, happily for Fuller, ultra-strong building materials.

So an other-worldly dome leading to a new worldly compound, that's changing the field of technology. That was science writer hayley Birch with the symmetrically structured and chemically stable chemistry of buckminsterfullerene, also known as the buckyball. Now next week, beware the peroxide vixen.

There are few compounds that have names that can produce an emotional reaction. Yet mention peroxide - the common contraction of hydrogen peroxide - and a whole host of image come to mind, mostly involving the bleached blonde hair of 1930s movie stars like Jean Harlow and a slightly seedy glamour.

And to find out if the actual compound behind this is dangerous, as well as its applications outside of causing statements through hair colour, join Brian Clegg in next week's Chemistry in its element. Until then, thank you for listening. I'm Meera Senthilingam