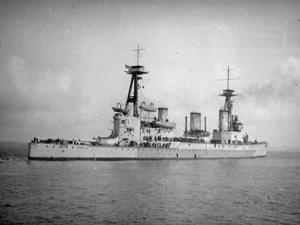 The Battle of Jutland was fought 100 years ago next week, on May 31st, 1916. A critical role was played by cordite

This week marks the centenary of the Battle of Jutland, and Chris Chapman has been finding out how chemical safety played a significant role…

‘There seems to be something wrong with our bloody ships today.’ These words, spoken by Admiral David Beatty, became the epitaph of the Battle of Jutland, fought 100 years ago on May 31 1916 in the middle of the North Sea. The largest naval battle of the first world war, 151 British ships – including 28 battleships – faced off against the German High Seas Fleet of 99 ships, including 16 battleships. It was the last pitched naval battle before aircraft became a dominant naval force, and historians have been arguing about which side won ever since. While the British ruled the waves at the end of the day, the Germans inflicted three times as many casualties. This tally included the battlecruisers Indefatigable and Queen Mary, both of which exploded after only a short time engaging the enemy. The reason for this twin calamity was cordite. 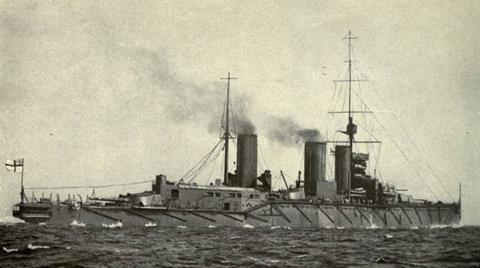 Cordite was developed by Great Britain in 1889 to replace gunpowder for rifles and artillery. Cordite was slow burning, meaning that it didn’t produce the bang of high explosives, and it was smokeless, meaning that you didn’t get the clouds that smothered the battlefield. There are several formulations, but the most well known contained 37% nitrocellulose and 58% nitroglycerine, with 5% petroleum jelly to act as a lubricant and stabiliser. This was mark 1 cordite, but had the problem of producing high temperatures when burned, leading to corrosion in gun barrels. An alternative, cordite MD, ramped up the nitrocellulose concentration to 65%; this prevented the barrel erosion, but would easily deteriorate and shed micro-dust particles of nitrocellulose and iron pyrite. If stored properly, both varieties of cordite were relatively safe. But here military doctrine and innovation overruled common sense when it comes to handling explosives, and set a chain of events in action that would result in thousands of lives being lost.

The Royal Navy’s fleet tactics were dedicated to rapid fire. This meant that crews were leaving cordite where it was easily obtained, rather than in the safest places. In 2003 divers investigating the Queen Mary found cordite stored in the gun turrets, not the ship’s magazine. The high fire rate also meant that they needed more cordite. In 1913, a year before the first world war, the Royal Navy had increased the amount of cordite stored on board ships by 50%. 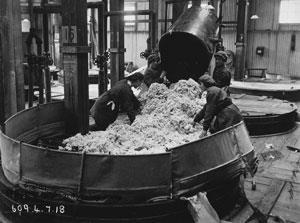 The second element of the tragedy was a consequence of British ship design. Queen Mary and Indefatigable were battlecruisers: ships about the size of a battleship, which sacrificed armour for speed, particularly on their deck armour. This meant that when a shell did hit it easily penetrated the hull. Any hit near a turret full of cordite would cause an explosion – which is exactly what happened to both Queen Mary and Indefatigable. Only 20 men from the two ships’ combined crews of 2495 survived.

A third ship – Beatty’s own Lion – almost followed, when one of its turrets took a direct hit during the battle. Fortunately for Lion, Royal Marine Francis Harvey, surrounded by exploding cordite, managed to close a hatch to prevent the flash fire from spreading to the rest of the ship. Harvey died, but his sacrifice saved over 1000 men. He was later awarded a posthumous Victoria Cross.

Given the problems the British faced at Jutland, the most obvious question to ask is why the Germans didn’t meet a similar disaster. The answer is improved chemical safety. The Germans used a propellant that included centralite, a diethyl diphenyl urea, instead of petroleum jelly. This meant that their munitions burned but, crucially, did not explode. The Germans had also learned a valuable lesson in ammunition safety a year earlier, at the Battle of Dogger Bank, where one of their ships, Seydlitz, was hit and had a flash fire, which was only stopped by flooding the magazine. The Germans immediately implemented measures to make sure such an event could never happen again. As fate would have it, Seydlitz was the ship that fired the shot that sunk the Queen Mary.

Cordite would continue to be used well after world war one. In fact, a cordite fuse was used when the atomic bomb was dropped on Hiroshima at the end of the second world war. But the Battle of Jutland remains a major reminder of the importance of chemical safety, especially when you’re dealing with explosives.

Chris Chapman, on how poorly stored cordite caused significant losses for the British Royal Navy at the Battle of Jutland, 100 years ago this week. Next week, *kettle boils* one lump or two?

All sugars are soluble carbohydrate molecules that give food an appetising sweet taste. All of them are bad for us. But the biggest villain of the piece in Europe, where it’s the most common form of added sugar, is sucrose. It’s so sugary, they named it twice – as the ‘ose’ ending denotes a sugar, while the ‘sucr’ part comes from the French for… you guessed it.

*Tea pouring/Spoon on cup noises* Brian Clegg brings us the sweet story of sucrose in the next Chemistry in its Element podcast. Until then, you can get in touch by emailing chemistryworld@rsc.org or tweeting @chemistryworld with any comments or suggestions of compounds we should cover. I’m Ben Valsler, thanks for listening.