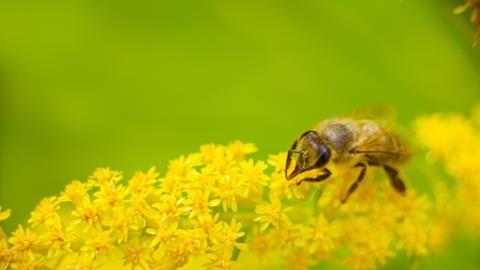 …wrote Jane Austen in Mansfield Park. And this week, Michael Freemantle has been looking for chemistry amongst the verdure in Austen’s own back yard.

When I’m at home writing, I like to take a break for at least an hour each day and go walking. At the top of our road on the western outskirts of Basingstoke is a path that runs along what was once the Roman Road from Silchester to Winchester. The path borders what I like to call the Jane Austen countryside. I often stroll along the path to the top of a park called Old Down. A well-defined bronze age tumulus, that is a burial mound, lies at the top. The spot offers panoramic views over the countryside towards Steventon, where Austen was born and lived for more than half her life, and to Manydown where Harris Bigg-Wither famously proposed to her in December 1802. She first accepted his proposal and then turned it down the following day. 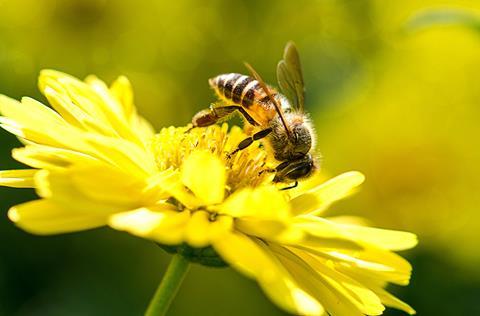 In the spring and summer Old Down is carpeted with an abundance of wild flowers including ox-eye daisies with white petals and yellow centres, yellow rattle, and marjoram, a flower with pink and purple petals. But one of my favourites is lady’s bedstraw, or Galium verum. In summer, the plant produces billowing clusters of small yellow flowers. Elephant hawkmoths and hummingbird hawkmoths love to feed on the nectar from these flowers. And at one time, cheese makers used the flowers to curdle milk and colour cheese.

If you smell the flowers, you will detect a not unpleasant scent that has been compared with that of honey, vanilla beans, freshly cut grass or new-mown hay. The fragrance arises from a chemical compound known as coumarin. In its pure form, the compound is a white crystalline solid. It is one of a number of bicyclic organic compounds known as benzopyrones.

In years gone by, ladies used to pack mattresses with dried Galium verum. That’s why the plant was given its common name: lady’s bedstraw. In Jane Austen’s time, wool, straw from cereal crops, heather and feathers were also used to stuff mattresses. Lady’s bedstraw was particularly popular as the coumarin in the plant not only emitted a pleasant aroma, it also killed, or at least deterred, fleas and other insects.

Like lady’s bedstraw, tonka bean plants, sweet clover, lavender and many other plants are thought to exploit the insecticidal properties of coumarin as a defensive weapon to repel marauding insects. The compound is also present in trace amounts in the food we eat, for example, in apricots, black currants, cherries, strawberries and citrus fruits.

One of the major sources of dietary coumarin, if not the major source, is cinnamon, a spice that has been consumed in the human diet for thousands of years. One study published in 2012 reported that a common type of cinnamon, known as cassia cinnamon, contains up to one percent coumarin. Other types of cinnamon contain only trace amounts. 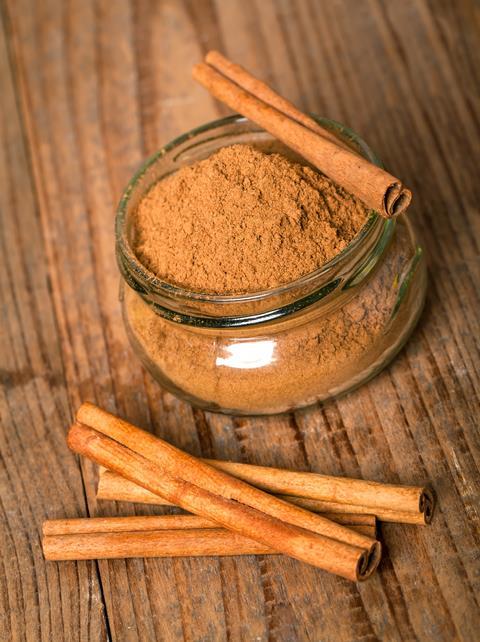 Like so many other naturally occurring compounds, coumarin is harmless to humans when consumed in trace quantities. Consumption of larger amounts, however, can cause diarrhoea, vomiting and dizziness. In high doses, the compound may damage the liver and kidneys.

Coumarin is also present in drinks, green tea for example. Vodka drinkers may be familiar with a brand of Polish vodka known as Zubrówka or bison grass vodka. The grass contains coumarin and was much favoured by the European bison that used to roam wild in the forests of Europe. In Poland, the grass is harvested by hand in the summer and left to dry naturally. Zubrówka makers flavour the vodka with a coumarin-containing infusion produced from the grass. The infusion also gives the vodka a faint green hue. A blade of the grass is traditionally inserted into each bottle for purely decorative purposes.

But you don’t have to drink bison grass vodka to experience coumarin. Lady’s bedstraw grows throughout Britain from June to September. You can find it almost everywhere: in meadows, in open woodland, in hedgerows and on sand dunes for example. So when you’re out in the countryside or by the sea this summer – look out for those frothy clouds of yellow flowers. And when you see them, why not take a sniff and enjoy the smell of coumarin?

Mike Freemantle on coumarin, the compound that kept lady’s bedstraw mattresses flea-free. Next week, Chris Chapman looks back at the largest naval battle of the first world war.

It was the last pitched naval battle before aircraft became the dominant naval force, and historians have been arguing about if either side won ever since. While the British ruled the waves at the end of the day, the Germans inflicted three times as many casualties. This tally included the battlecruisers Indefatigable and Queen Mary, both of which exploded after only a short time engaging the enemy. The reason for this twin calamity was cordite.

Explore the history of cordite and its impact on warfare in next week’s Chemistry in its Element podcast. Until then, do get in touch through the usual channels with any questions, comments or compound suggestions. I’m Ben Valsler, thanks for joining me.