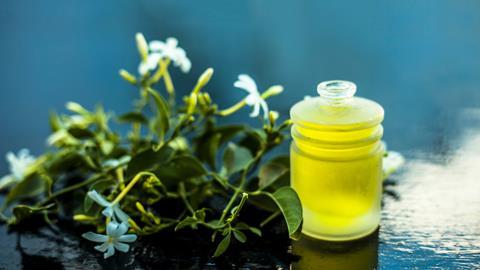 This week, the chemistry of an arousing aroma, with Louise Crane.

Perfume makers know it as an icon. Legendary actor Steve McQueen wore it on his skin, and, according to science, it may drive women wild with desire.

Its name is hedione. First synthesised in 1958, methyl dihydrojasmonate – as chemists may know it – has become one of the most important compounds in perfume-making thanks to its warmth, radiance, and its ability to connect the scents, or notes, in the complex synthesis that is a perfume. Its name comes from the Greek, hedone, which roughly translates as hedonism or pleasure and it is the only perfume compound that has been shown to stimulate a sexual response in humans. 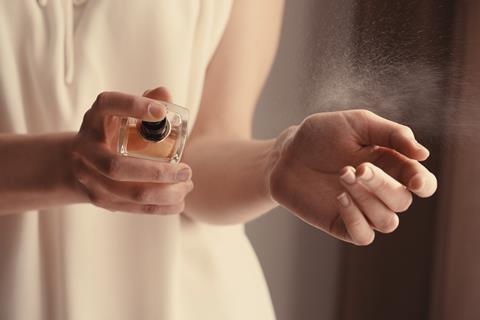 Back in 1957, Edouard Demole was working at the fragrance and flavour company Firmenich when he was instructed by head of the company Robert Firmenich to investigate the Mediterranean jasmine flower as part of his PhD. This decision was made largely for economic reasons, as the phrase ‘no perfume without jasmine’ was well-known throughout the industry. Indeed, up to the middle of the 20th century, around 80% of marketed perfumes contained a basic note extracted from this precious, handpicked flower at a very costly price. By the late 1950s, 87% of the jasmine essential oil constituents had been identified, but Firmenich was not satisfied with this and wanted Demole to uncover the remaining 13%. Hidden within this elusive fraction was the fundamental component responsible for the wonderful radiance and deep, sweet floral character of the flower. 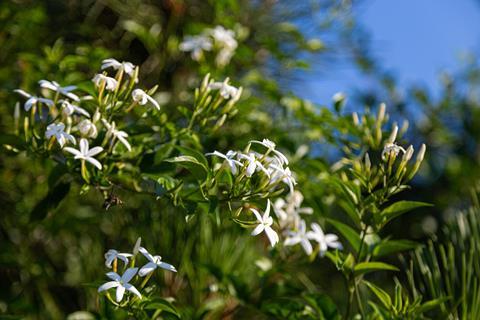 Demole first isolated methyl jasmonate, one of jasmine’s 900 molecular components, before synthesising its dihydro analogue, hedione, by simple hydrogenation. Perfumers were struck by methyl jasmonate’s exquisite jasmine, deep, fatty, floral and authentic aspects, and unanimously preferred it to its dihydroanalogue hedione, which was less overwhelmingly sweet, and initially elusive.

Despite this, Roger Firmenich promoted the development of hedione because it was more economically promising. Initial adoption of hedione by the perfume industry was slow, so Firmenich sent out samples to notable perfume houses such as Dior, who took up the compound to use in their hugely successful Eau Sauvage in 1966, a fresh citrus fragrance for men with floral accents that also made it traditionally attractive to women. But hedione was still an expensive product and so confined to fine fragrances in small quantities. In 1961 it was being made in batches of 50kg, but as its price fell thanks to refinements in its manufacturing process, demand rose and by the 1970s it was being made by the ton . This new affordability also meant that perfumers could use increasing proportions in their compositions. Eau Sauvage was a mere 2.5% hedione, but by 1998, Odeur 53 by Comme des Garçons used a whopping 65%.

The assumption that hedione is attractive was all but confirmed by a 2015 paper published in the journal NeuroImage by cell physiologists from Bochum and Dresden in Germany. They found that hedione activates the putative pheromone receptor VN1R1, located in the olfactory epithelium and one of five still left in humans out of hundreds that occur in other mammals. It’s the first time that a scent has been known to activate the pheromone receptor in humans. The scientists then analysed brain activity to find out if the scent could have an impact on the brain, comparing the results with the control scent phenylethyl alcohol, a traditional floral fragrance. Hedione activated brain areas in the limbic system, a part of the brain associated with emotions, memory and motivation, more strongly than the control. But even more significantly, hedione activated a specific area of the hypothalamus in women, which in turn ignites the endocrine system, promoting a response to sexual cues.

In 1978, master perfumer Arcadi Boix Camps wrote of hedione ‘the compound that without a doubt has most influenced modern perfumery and has allowed the great artists to develop their ideas with inspiration… it has become famous because it gives to compositions a delicate, fresh, smooth, radiant, warm, elegant character that blends well with all kinds of perfumes from floral-citrics to woody, chypre and oriental.’ Today, hedione’s fame is cemented in science as well as art, a true icon of both worlds.

Hypertension affects more than one billion people throughout the world, according to some estimates. If left untreated, it can lead to heart disease, heart failure, strokes, and other diseases. But for those of us taking ramipril, we can thank a deadly species of South American pit viper for helping us to lower our blood pressure.

Join Mike next week with Ramipril. Until then, get in touch with any compounds to cover – email chemistryworld@rsc.org or tweet @chemistryworld. Thanks for listening, I’m Ben Valsler.