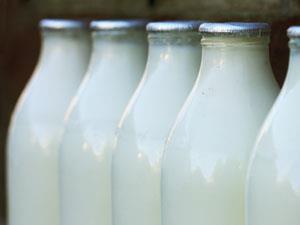 Lactose intolerance leads to unpleasant and antisocial symptoms. Lars Öhrström finds out why

This week, a compound only some can tolerate, including Lars Öhrström…

Hydrolysis reactions of different kinds are some of the most important processes in your body. One function is to release energy through the attack of a water molecule on the adenosine triphosphate ion, better known as ATP. As this process releases energy it is downhill in terms of thermodynamics, or, as we also say, spontaneous. In principle. However, this is often a difficult reaction to carry out and it usually requires a catalyst. This is a fact we should be thankful for, as the reluctance of many compounds to add water and then split into two is what prevents our proteins from spontaneously disintegrating into free amino acids in the presence of water. 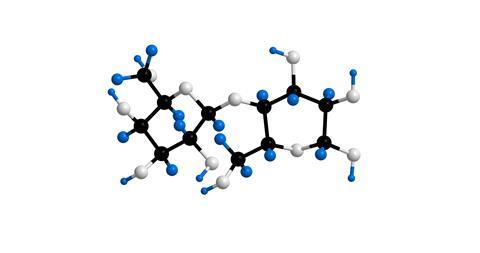 This lack of reactivity is, on the other hand, a problem for the rather large part of the population that are lactose intolerant. Lactose, or milk sugar, with the formula C12H22O11 and the complete name ß-D-galactopyranosyl-(1-4)-D-glucose, is a small molecule known as a disaccharide as it contains two distinct sugar units bridged by an oxygen atom. It has a sweet taste and is the most abundant carbohydrate in the milk of mammals. Some mammals have more of it, notably humans with almost 7 per cent, and some have less: sea lion milk contains zero per cent lactose.

The normal fate of this molecule in the body is hydrolysis. Water attacks and lactose is split into one molecule of glucose, C6H12O6, and one molecule of galactose, another sugar with the same formula but a slightly different arrangement of the atoms. If this does not happen, you will get varying degrees of digestive symptoms such as flatulence, a rumbling stomach or cramps. 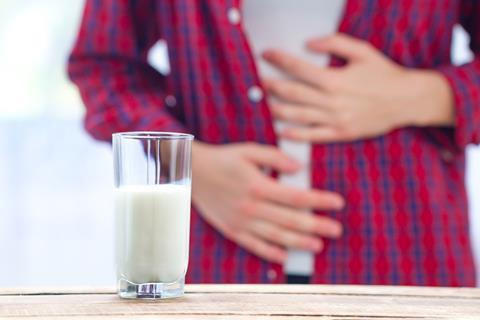 If that is the case, you are lactose intolerant. This is not an allergy, as it does not involve our immune system. It is very important that this intolerance should not be confused with milk allergy, a reaction to certain proteins in milk, which can lead to potentially life-threatening conditions.

In a way, lactose intolerance is a simple chemical problem in almost all cases, the lack of the enzyme lactase. Despite the similar name, lactase is not a carbohydrate, but a more than 400 times larger protein molecule, that will catalyse the hydrolysis of lactose in the stomach. Often the production of lactase diminishes in adulthood, but in regions of the world with a continuous high intake of dairy products, notably Europe, many grown-ups retain their production of this enzyme and can still digest milk.

Lactose is a small and polar molecule and is therefore water soluble but less soluble in fats. This means that dairy products such as butter and cheese, where fat gets concentrated, contain less lactose than milk. The same goes for fermented products where the bacteria eat some of the lactose and produce lactic acid, C3H6O3.

This also means that whey, the liquid residue from cheese manufacturing, is a good source of lactose, and this is how this chemical is produced on an industrial scale, usually in countries with a highly centralized cheese production. The pure lactose can then be used in other foodstuffs such as coffee creamers, confectionery, baked goods, meat products, and even in canned fruit and vegetables. So if you have a problem with this molecule you may want to read the label of ingredients carefully when you go shopping. This also goes for some pharmaceutical products, as lactose is used for making tablets and filling capsules. Lactose is also the raw material for the similar molecule lactulose, an effective laxative. 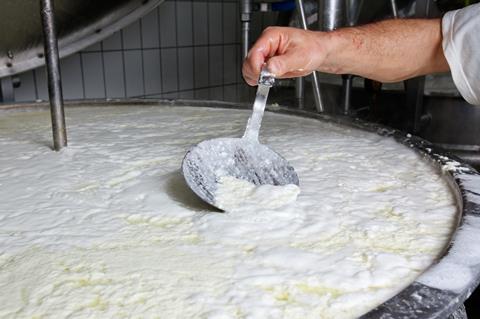 So, how do you cope with being lactose intolerant when living among milk-lovers? There are two solutions if you want to keep eating and drinking these products. Either you buy the enzyme, lactase, in small capsules and let them work on the food before or while you eat it, or you buy the increasingly common low-lactose or lactose-free dairy products. The former are made in dairies by adding lactase enzymes to the milk and letting it hydrolyse the lactose before packaging. The hydrolysis, as you now know, produces two sugar molecules from one, a possible taste problem. What makes it even worse is that lactose has a sweetness relative to normal sugar, sucrose, of 20 (on a scale where sucrose is one hundred) while glucose and galactose have the relative sweetnesses of 70 and 30 respectively, giving low-lactose milk a sweeter taste which is not to everybody’s liking.

A remedy to this problem is to pass the milk through a column of a porous material with a high affinity for lactose molecules, to get the lactose level low enough not to cause taste problems after subsequent hydrolysis with lactase.

So the next time you see some lactose-free milk in your grocery store, remember that although one disaccharide makes two monosaccharides, dividing a sweetness of 20 by two may actually give a hundred.

Lars Öhrström, from the Chalmers tekniska högskola, in Sweden,with the irritable chemistry of lactose. Next week, time to ripen up…

Today, we know that ethylene, or ethene, is the plant hormone responsible for the ripening process in fruits more generally. But it’s not just fruit-ripening that ethene is involved in.

Find out its other uses by joining Hayley Birch in next week’s Chemistry in its Element. Until then, thank you for listening, I’m Meera Senthilingam.