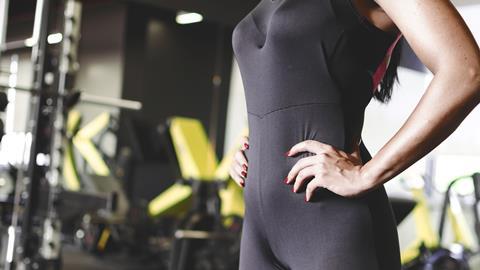 Brian Clegg stretches out the science of this compound

This week, the chemistry of a compound that will be gracing our screens on many an athlete over the next few weeks but also invades our own lives in more ways than we know. Stretching out its science is Brian Clegg

As I record this podcast, the 2012 London Olympics are looming large in everyone's imagination here in the UK. One chemical compound inevitably springs to mind when you see all those athletes powering around the cycle track, straining at the oars, or breaking the tape in the 100 metres final. And that compound is Lycra. 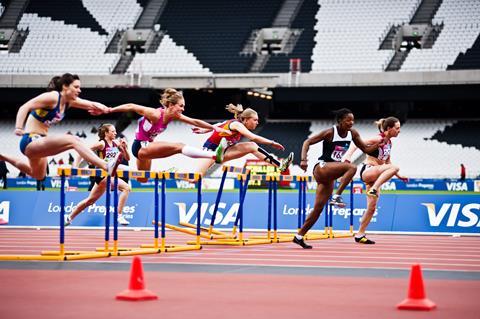 Better known in the US as spandex or elastane, 'Lycra' is a registered trademark of the Invista corporation in the UK. It was invented in 1958 for the chemical giant DuPont as a manmade replacement for latex. Although Lycra is not as robust as the natural rubber, it has the big advantage that it is able to be spun or extruded into fibres, which makes it much easier to manufacture. Of more interest to athletes is probably its breathability: clothing made out of latex has no ability to breathe, leaving the wearer very uncomfortable. But the woven structure of a fabric with Lycra means that the wearer avoids feeling that they are shrinkwrapped, while still having the sleek look and minimum air resistance demanded by a modern athlete.

Sleek athletes were not perhaps on the minds of C. L. Sandquist and Joseph Shivers when they formulated Lycra at DuPont's Benger facility in Waynesboro, Virginia. Their aim was to improve the fit and feel of corsetry, replacing panels of rubber with something more appealing. The new fibre, codenamed Fibre K, was soon to revolutionise a much wider range of clothing. The exact formulation of Lycra is a trade secret, but it is a segment polyurethane - a polyester created by reacting a diol, which a molecule with two hydroxyl groups, with a diisocyanate, which contains two NCO groups. Both are ubiquitous building blocks in synthetic polymers. 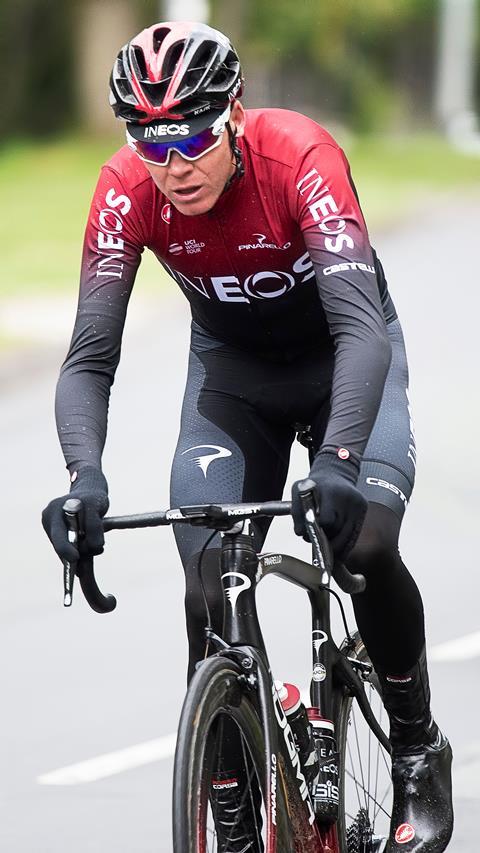 The particular structure of Lycra that makes it so appealing for those sporty little numbers is its segmented nature. A fibre of Lycra consists of longer sections that are soft and flexible, bonded together by short rigid segments. The segmentation is the origin of that all-important elasticity. In their natural state, the soft chain parts of the fibres are in a tangled, disordered mess. Under tension, those matted chains straighten out, up to seven times their original length, before springing back to their natural, tangled state when the tension is released.

The early sports successes of fabric that included Lycra fibres were in swimwear, making swimsuits much lighter and more comfortable, but the compound made it into the public gaze in 1968. At the winter Olympics in Grenoble, the French ski team made a big thing of the sleekness of their Lycra ski suits, a trend that was picked up by swimmers in the 1972 summer Olympics. In the pool, the relatively low resistance to the water provided by Lycra swimsuits meant that they became an immediate standard. What's more, the new swimwear looked better too - we forget now how drooping and unpleasant pre-Lycra swimwear could be.

In practice the fibre is never used purely on its own, but the mix varies, from as little 2% in a conventional garment to give it a little stretchiness, to the much higher percentages in sportswear. Swimwear can have as much as 60% of the stretchy, low resistance fibres. The mix is usually achieved either by wrapping a traditional fibre around the Lycra - which makes it less obvious that it is present - or by plaiting different fibres together with Lycra, or by weaving it into a fabric at regular intervals.

We may mock the condom-like suits of extreme athletes, but using Lycra in ordinary clothes from bra straps to jeans gives them a degree of 'give' that can increase comfort - hence the inclusion of some Lycra in over three quarters of women's clothes in the American market. At the sophisticated end of the Lycra spectrum there is a considerable amount of research and development that goes into, for example, giving a fabric 360 degree stretch, rather than simply being flexible along one or two directions of weave. 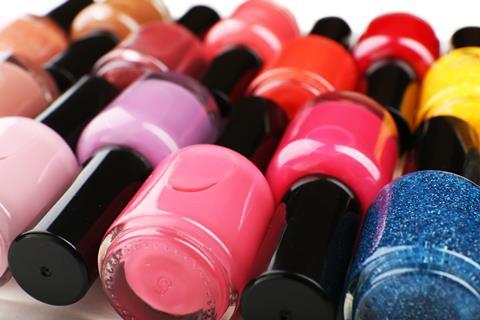 Most of the time, for everyday folk, sporting Lycra has become something of a joke. We mock would-be cycling stars as they creak past on their old pushbike in the full Lycra outfit. And yet Lycra gets in places we never realize - there are even types of nail polish and lipstick containing Lycra fibres to help the makeup withstand stress without cracking. If we didn't have this flexible, stretchy polymer, the Olympics would be a tad less sleek - and many of our everyday clothes would be a whole lot less comfortable.

So a new-found appreciation for the sleekness we see in the pool and out on the track. That was science writer Brian Clegg with the elastic and comfortable chemistry of lycra. Next week, you may want to hold your nose as things get deadly.

What does death smell of? Crime novelists and war reporters alike refer to the 'smell of death' when encountering a dead or decomposing body. The characteristic odours of rotting flesh are generally recognised as being worth avoiding and difficult to forget once experienced, but what is it that makes a body smell so bad?

The smell of a decomposing body is made up of all sorts of interesting compounds, but amines and sulfurous molecules make up the stinkier end of the spectrum. Most of those amines come from breakdown of the proteins in the corpse, and two of them have such fetid odours that they have been named putrescine - after the process of putrefaction - and cadaverine, after the Latin-derived word for a corpse: cadaver.

And to find out just how these compounds imprint these odours on your brain for all eternity join Phillip Broadwith in next week's Chemistry in its element. Until then, thank you for listening, I'm Meera Senthilingam.