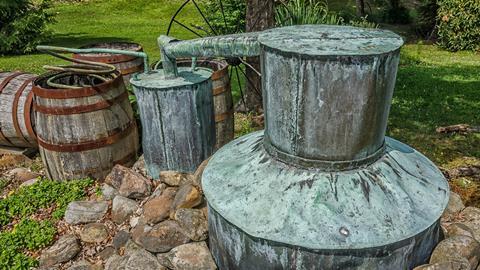 Tempted by a tipple of home-brewed moonshine? Andrew Turley examines the risks associated with drinking methanol.

This week Andrew Turley is looking out for what you drink.

Ask a random person to tell you what they know about methanol and they’ll probably talk about the perils of homemade liquor, better known as moonshine. Get the process wrong and the methanol will make you go blind.

This is unfortunate for a chemical of such huge importance. Around 50 million tonnes of methanol is produced every year, most of which becomes feedstock for the production of other chemicals, notably formaldehyde. Methanol is also used as a fuel, as an anti-freeze and as a solvent. Without it, the world would be a very different place.

Robert Boyle isolated it first in 1661 via repeated distillation of crude vinegar over milk of lime, or calcium hydroxide, but it wasn’t produced commercially until about 1830. Manufacturers used wood pyrolysis, which lead to the name wood alcohol. This was the standard method of production until 1923 when German chemical company BASF struck upon a route to methanol from syngas, a mixture of hydrogen and carbon monoxide, involving high temperatures and pressures. The process used today is fundamentally little changed from this, although over the years a huge amount of tinkering has been done, particularly with regards to the catalysts and operating conditions. 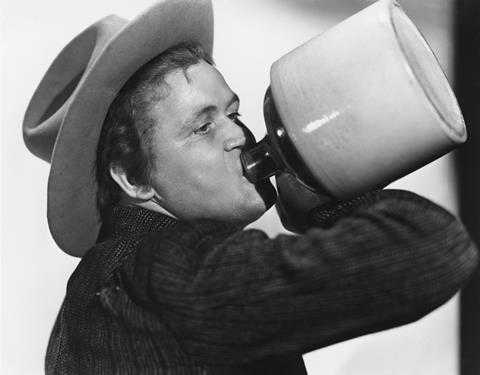 But what about that moonshine? Well, it’s certainly the case that you don’t want to end up drinking methanol if you can avoid it.

In the body, it shares the same metabolic pathway as ethanol. Enzymes convert it first to formaldehyde and then to formic acid, which is further oxidised to carbon dioxide through a pathway involving folate. This, however, occurs relatively slowly, resulting in accumulation of formic acid, which is what does the damage. Consuming as little as 4ml of pure methanol can cause permanent blindness through deterioration of the optic nerve. Consuming 30ml can be fatal.

It’s also true that moonshine often contains harmful quantities of methanol. But it isn’t poor production processes that are the problem. Fermentation of sugars with yeast doesn’t generate more than trace amounts of methanol.

The problem lies in methylated spirits, also known as denatured alcohol. Ethanol is a bulk chemical produced in vast quantities and used in a wide range of industrial and consumer settings, most commonly as a fuel, as a solvent and as a chemical feedstock. Comparatively little ethanol is consumed in alcoholic drinks.

This presents legislators with a problem. Governments like to tax alcoholic drinks very heavily. But, in the absence of any other measures, this would only encourage some people to make drinks using the untaxed stuff. The rather odd solution they’ve devised is to taint the untaxed ethanol with something that renders it undrinkable. Methylated spirits therefore is ethanol to which methanol has been added to ensure no one drinks it.

Except, this doesn’t stop everyone. Unscrupulous traders will boost the alcohol content of their product – which may or may not be moonshine – by adding methylated spirits or even start with the methylated spirits and simply distil off the methanol to purify it. The latter is difficult to do because the boiling point of methanol, 64°C, is so close to the boiling point of ethanol, 78°C – which is of course why the authorities chose to use methanol in the first place.

This has had tragic consequences over the years, particularly when alcoholic drinks are hard to come by. Hundreds died in the US as a result of methanol poisoning during the prohibition era. Today, unintended consumption of methanol is rare in wealthy countries, but it remains a serious problem in other parts of the world. 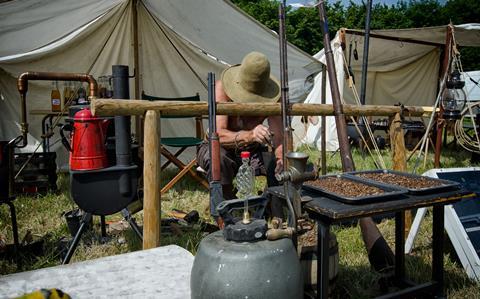 If you are unfortunate enough to consume methanol in this way, you’re very likely to mistake the symptoms for a bad hangover. Which is ironic, because, if you do work out what’s happened and visit the hospital, the doctor will probably treat you to more ethanol. This is because it causes the body to switch metabolism from methanol to ethanol. Effectively, the methanol has to sit and wait its turn, which buys time for excretion via the kidneys.

In summary, methanol will make you go blind, or worse, but proper moonshine shouldn’t, provided it hasn’t been adulterated. That said, moonshine might be best avoided anyway. A 2004 study found lead in 43 of 48 samples, with values ranging from 5 to 599 parts per billion. 60 percent of the samples contained lead concentrations above or equal to the US water limit.

Chemistry World’s Andrew Turley there, with some wise words of drinking wisdom about the toxic chemistry of methanol. Next week, time for a miracle.

If you were to consider all the possible ionic compounds that could be given the nickname ‘the miraculous salt’, perhaps good old sodium chloride, because of its ability to improve the taste of food, or perhaps copper sulfate because of its stunning blue colour in crystal form. But what might not spring to mind immediately is sodium sulphate.

Brian Clegg fights its corner in next week’s Chemistry in its Element. Until then, thank you for listening, I’m Meera Senthilingam.