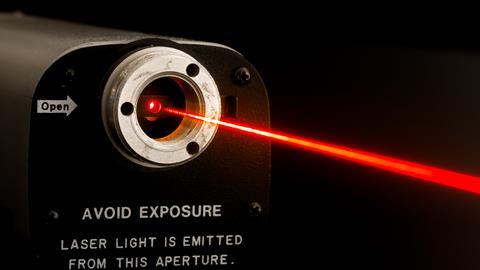 From medicine to the military, this compound makes lasers for a range of applications

This week, Brian Clegg finds that this compound’s ability to change colour is more than a simple trick of light

On the TV quiz show Pointless, science rounds often require contestants to think of elements in certain categories. Favourites on the show, which looks for answers least familiar to a 100 person panel, include artificial elements like lawrencium or flerovium – but there are some natural elements that also tend to escape notice, and one of these is neodymium. This might be because it’s not an element we tend to come across in the home, unless we’ve bought a very strong neodymium magnet, but lasers that use neodymium chloride crop up everywhere from laser eye surgery to the military. 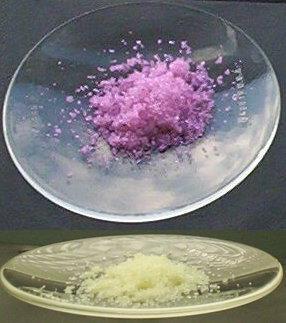 One might suspect neodymium chloride’s interesting optical qualities by looking at it under different light sources: it changes colour when viewed under the sun or under fluorescent light. In sunlight, anyhydrous NdCl3 is mauve, changing to purple as it absorbs water from the air to form a hydrate. (No, I’m not sure what the difference is either, especially as mauve is usually described as a shade of purple – but the implication seems to be that it goes from a pale colour to a richer one, while photographs suggest that the anhydrous form is almost pink.) However, if the clearly purple neodymium chloride hydrate is moved into fluorescent light, it now appears to be a pale lemon yellow. This kind of differential behaviour to the distinctive light wavelength mix in sunlight and fluorescent light suggests a flexibility in photon absorption that might raise an interested eyebrow amongst laser designers.

The compound itself is not particularly easy to produce. Neodymium occurs in low percentages in minerals that also contain a whole range of lanthanide compounds from the same section of the periodic table. A multistage process takes off different compounds to yield neodymium oxide, which is then reacted with either ammonium chloride or hydrochloric acid to reach neodymium chloride.

Despite its interesting optical behaviour, the chloride compound cannot be used directly in lasers. However, it provides neodymium ions to grow crystals for so-called Nd-YAG lasers – that’s neodymium-doped yttrium aluminium garnet lasers. These are the functional successors of the very first laser, the ruby laser, demonstrated by Theodore Maiman in May 1960. Like Maiman’s, the Nd-YAG laser has a solid lasing material.

Nd-YAG devices are widely used in medicine, from eye surgery to cosmetic work and cancer cell destruction. They’re used in manufacturing for etching and cutting, and by the military for range finding and target designation. Related neodymium-doped lasers also turn up in green laser pointers. 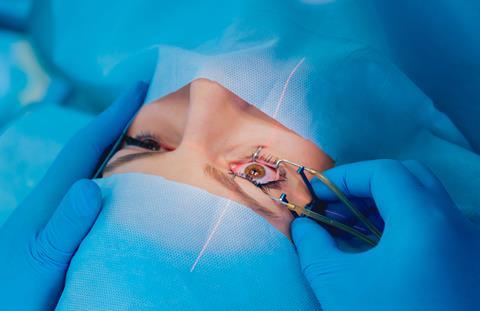 Although communication lasers themselves aren’t usually based on Nd-YAG, the optical fibres that carry their light are often doped with neodymium chloride. Doping involves intentionally adding a small amount of a material to another to change its physical properties. Doping optical fibres changes their refractive index, but neodymium chloride provides an active dope, which uses the laser effect to keep a signal travelling through a fibre.

Neodymium chloride is also a source of neodymium metal for magnets and other applications. It’s easier to extract the element from the chloride than the less reactive oxide. And the chloride itself turns up as a catalyst in various polymerisation reactions, most importantly for the industrial production of synthetic rubbers. Neodymium chloride has even ended up in DNA, providing fluorescent markers for geneticists to track the impact of gene manipulation.

The party trick of neodymium chloride changing colour under different light sources may appear trivial, but this contributor to highly useful lasers and a prime source of that super-magnetic metal, proves that appearances can be deceiving.

Ignoring the slightly silly name, not only is it a fundamental part of the way in which our bodies protect themselves against cancer, it’s also the key to powerful new treatments for the disease.

Join us next week to hear more from Kat. And get in touch if you are curious about any particular compounds. Email chemistryworld@rsc.org or tweet @chemistryworld. I’m Ben Valsler, thanks for listening.