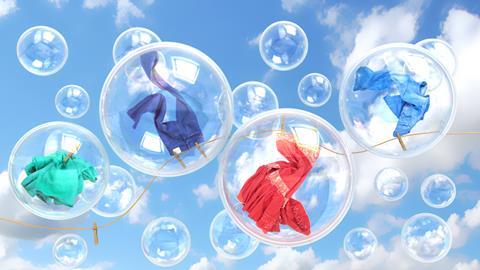 When I was young, my father regularly came home from work with large screw-top jars filled with mysterious, gloppy, usually turquoise liquid. These would be distributed around the family for trial in their washing. The liquid was something new, a substance to add into the wash at the rinse stage, which somehow, magically, made the clothes feels softer. At least that was the intent, though some batches ended in disaster. What I was seeing, though I didn’t know it at the time, were tests of early fabric conditioners based on quaternary ammonium salts. 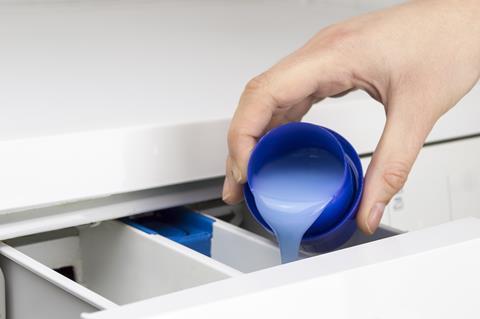 Dad worked at a factory, Armour Hess Chemicals, nestled at the foot of the Pennines in the small Lancashire town of Littleborough, UK. The company specialised in fatty acids and their salts, compounds with a carboxyl group (C(O)OH) and a long carbon–hydrogen tail. Although Armour Hess was only a relatively small company, it was at the leading edge of fatty acid research, driven by the need to come up with a better (and, as far as the UK was concerned, first) fabric conditioner.

When fabrics are new, the fibres that make them up are well-structured and give the material a soft, fluffy feel. But after a few washes, especially if air dried – the only option available to most in the 1960s – those fibres become tangled and degraded; the fabric feels harder, more unpleasant on the skin. The aim of a fabric conditioner is to get the fibres to fluff themselves up and stay that way for some time. The compounds involved do this by staying in place after drying is complete; they aren’t entirely washed away. And the process by which a simple molecule like a quaternary ammonium salt achieves this feat is down to the same mechanism that prevents us from falling through a chair when we sit on it – electrostatic repulsion. 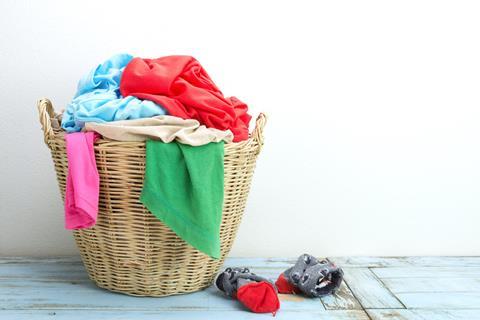 Our natural assumption is that placing one object on top of another involves their atoms coming into direct contact. But in reality, the electrostatic repulsion between the electrons on the outside of each atom keeps things floating a tiny distance above the surface. Similarly, it is electrical charges in the quaternary ammonium salts that push fibres away from each other.

The salts are shaped like a tuning fork. The molecules’ carboxylic acid ‘handle’ attaches itself to a fibre, attracted to the negatively charged groups in the fibre molecules. The ‘prongs’ of the fork – pairs of long carbon–hydrogen tails – stick out from the fibres in all directions, effectively giving it a set of bristles. These bristles repel each other, encouraging the fibres to move apart and fluff up.

The first quaternary ammonium salt to be used this way was distearyl dimethyl ammonium chloride, one of the simplest such compounds. However, this particular compound was, in a sense, too good at its job. It didn’t biodegrade well, building up over multiple washes. What first softened the fibres ended up getting them more tangled and rougher than ever.

As a result, second generation softeners had more complex ‘handle’ shapes, although they continued to maintain the quaternary ammonium salt structure. Modern conditioners have other materials added in, including perfumes and slippery silicones like siloxane. Some that are designed to work with a detergent, rather than after it, contain negatively charged molecules rather than positive charge of a quaternary ammonium salt; but the principle remains the same.

I know it didn’t change life as we know it. But I can’t help be a little proud that my father, Leonard Clegg, at the time the head of the lab that developed the UK’s softeners based on quaternary ammonium salts, made our world a little more comfortable.

Brian Clegg, on his family’s role in making our clothes softer. Next week, Kat Arney introduces a potent drug in our anti-cancer arsenal, discovered less than 60 years ago…

When he tested it in mice, Heidelberger was pleased to find that his new drug had a potent anti-cancer effect, publishing his findings in the journal Nature in 1957.

And that has since gone one to be listed on the World Health Organisation’s List of Essential Medicines – find out more with Kat next week. Until then, get in touch with your compound suggestions by tweeting @ChemistryWorld. I’m Ben Valsler.