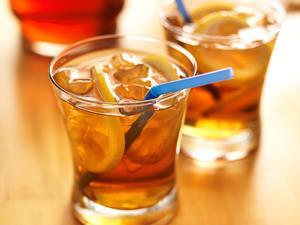 Raychelle Burks finds out how Potbelly’s patrons became poisoning patients, in the mystery of the sodium azide-laced iced tea

This week, watch what you drink. Otherwise, Raychelle Burks will…

It seemed like just another day at the Potbelly Sandwich Shop in Richardson, Texas. It was April 2010 and Potbelly patrons were enjoying food and beverages – until a few began noting they didn’t feel quite right.

In the span of four to five hours, four patrons would land in an emergency department all complaining of similar symptoms: nausea, lightheadedness, sweating, headache, fainting, low blood pressure; a few felt an impending sense of doom.

These restaurant patrons, now patients, didn’t just share the same symptoms. They also shared the same beverage choice at Potbelly – iced tea. Their symptoms had popped up within minutes of drinking the iced tea.

With a cluster of patients exhibiting the same symptoms, and all having consumed Potbelly’s iced tea, the hospital contacted the city health department. They, in turn, alerted the city fire and police departments. All descended on the Potbelly Sandwich Shop.

Turns out, just one doctor was treating 3 of the 4 emergency department patients. Two of his three patients were hypotensive – having low blood pressure, much lower than what’s considered normal. All patients had the unpleasant ailments that can go along with organs and tissues not getting enough blood – dizziness, nausea, fainting, clammy skin, and fatigue. The doctor treating most of the patients suspected the cause was exposure to an anti-hypertensive agent, i.e. a chemical that treats hypertension, high blood pressure, by lowering blood pressure. 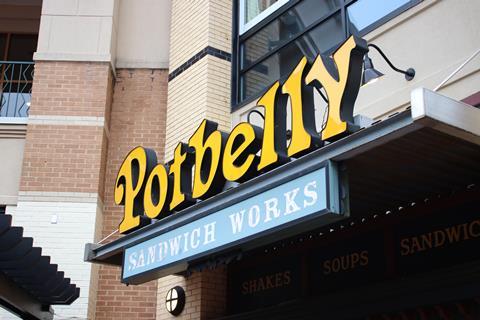 That certainly seemed to fit the patients’ symptoms. Patients were treated accordingly, all well enough to be released from the hospital the same day the arrived. What was the chemical anti-hypertension agent? It would take months before the FBI lab had an answer.

Tests of patient urine performed by the hospital were a bust. That’s not surprising considering such hospital tests are aimed at finding typical drugs of abuse. The chemical behind the Potbelly Sandwich Shop incident wasn’t a drug of abuse.

The closest this chemical got to being used as a drug at all was back in the 1950s, when it was tested in 30 hypertensive patients. It did reduce hypertension, but its side effects and other issues made it unsuitable for use. The chemical in question? Sodium azide.

If you drive a car manufactured in last 20-plus years, you’re staring at sodium azide every time you climb behind the wheel. Sodium azide is the chemical that makes airbags work. In an airbag, electricity sets off a detonation reaction that leads to the decomposition of sodium azide, producing nitrogen gas as one of the products. This breakdown of sodium azide is very fast. How fast? An airbag is inflated with nitrogen gas at a velocity of about 200 miles per hour – or in 20-30 milliseconds!

With airbags, we see how sodium azide can protect us. How does cause harm when we ingest it? In a couple of ways: sodium azide is often compared to a much more famous poison – cyanide. Like cyanide, sodium azide inhibits an important enzyme called cytochrome oxidase, this inhibition interferes with our cells’ ability to produce energy in the form of the chemical adenosine triphosphate, or ATP. If our cells can’t produce ATP, our cells can’t function, and we can’t function.

Sodium azide is similar to cyanide in this regard, but the antidotes that work for cyanide don’t work for sodium azide. It’s also thought that sodium azide reacts internally to produce nitric oxide, a chemical that is a direct vasodilator – it opens up blood vessels which leads to that telltale drop in blood pressure of anti-hypertensive agents. The nitric oxide produced by sodium azide may also excite the central nervous system.

Sodium azide’s toxicity is dose dependent. Potbelly patrons that became hospital patients were victims of a low dosage poisoning, a bit of a mysterious poisoning, at that. The investigation into the poisoning determined that only one of the restaurant’s iced tea urns was tainted with sodium azide. Nothing else – not the tested water supply or food supply. The poisoned urn was self-service – patrons helped themselves and anyone could have tampered with it.

How did the sodium azide get into that iced tea urn? To this day, no one knows.

Science writer Raychelle Burks, with the protective, yet potentially poisonous, chemistry of sodium azide. Next week, there’s no allowance for assumptions.

In those days, scientists thought the noble gases on the right of the table were completely inert. They didn’t react, wouldn’t give up their electrons and couldn’t form compounds. But Bartlett would prove this incontrovertible ‘truth’ quite wrong.

Find out how this was proved in next week’s Chemistry in its Element. Until then, thank you for listening, I’m Meera Senthilingam.