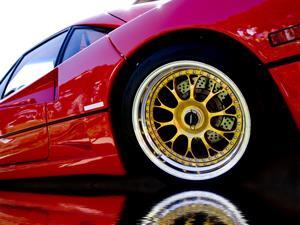 This week, a compound with the strength of a superhero – well, nearly. Brian Clegg explains.

Titanium is something of a byword for strength in popular culture, as witness the eponymous song ‘titanium’ by David Guetta. (I am told that the pronunciation tye-tanium is the American version, rather than an attempt to stifle schoolyard sniggers, as happened when the planet Uranus had its pronunciation changed.) If Marvel comics had not come up with the fictional adamantium for Wolverine’s claws, they almost certainly would have been made of titanium. So it is appropriate that a material that is primarily used for its hardness is titanium nitride.

Having said that, this simple inorganic compound, whose formula TiN confusingly spells out the name of a different element, isn’t a patch on boron nitride. That compound of boron and nitrogen (covered in another podcast) has forms analogouss to all those of carbon – including diamond – but the titanium-nitrogen compound forms a simple cubic crystalline structure and is nowhere near as hard, though still manages to beat steel by an order of magnitude.

Titanium nitride has a striking gold colouration and is sometimes used as a plating in costume jewellery (and the extravagantly decorated vehicles of Pimp my Ride), where it has all the lustre of gold but is much more hardwearing. It is also frequently found as a coating on drill bits – the chances are if your drill appears golden, it is sporting a titanium nitride finish. TiN is equally likely to turn up in aerospace applications and in bicycle and motorbike designs, typically where metal surfaces are likely to rub against each other. And that same ability to resist wear also finds a home for the compound in orthopaedics, used in joint replacements to provide a strong, low wear surface. But the most interesting use is arguably the very thin films of titanium nitride used by the electronics industry.

Titanium nitride gives the benefits of a metal and a ceramic in the same, attractive, gold-coloured package

Technically, titanium nitride is a ceramic, a crystalline inorganic compound, and we tend to think of ceramics as insulators. Titanium nitride is not as good a conductor as a metal, but will happily conduct electricity. Unlike a metal, it has no tendency to diffuse into the silicon of a microchip, so thin films of titanium nitride, coming between a metal contact and the silicon, act as a barrier to prevent the chip being damaged, while still allowing electrical connectivity.

Another electronic application that has been investigated, though is still at the experimental stage, is to make enhanced anodes for lithium-ion batteries. The process starts with silicon nanoparticles, which are coated with titanium dioxide and then reduced in a nitrogen atmosphere to produce titanium nitride coated silicon. The resultant material looks very promising for this role, proving very stable and efficient over a large number of charge/discharge cycles. 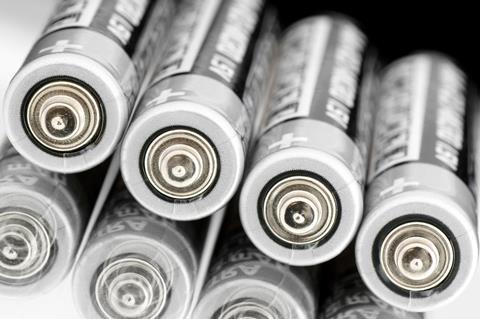 TiN’s properties could also see application in medical devices, especially in implants that require an electrical connection to the brain or another part of the body. The inside of a human being is not the ideal location for many conductors, which tend to be easily corroded by bodily fluids. Coating the conductor with titanium nitride can prevent deterioration while keeping the electrical current flowing.

Because titanium nitride is sometimes used in applications where appearance is as important as function, it is often found in variants incorporating carbon or aluminium that have similar physical properties, but that are less bling-like in colour, notably in a slick-looking dark grey form that is often used as a coating on hunting knives and racing bikes, which still tends to be referred to as titanium nitride.

Like many ceramics, titanium nitride is a very rigid material, making it prone to flaking under stress. So it’s usually employed as a coating, which can be produced and applied at the same time by heating titanium to a vapour and mixing with nitrogen in a vacuum before being built up on the object to be coated in a so-called physical vapour deposition process.

Titanium nitride may not have inspired a song like the pure metal – but it is a compound that has an increasing number of applications and that makes the most of its exotic nature to give the benefits of a metal and a ceramic in the same, attractive, gold-coloured package.

Science writer Brian Clegg, packaging up the chemistry of titanium nitride. Next week, we dance.

There is an organic reaction that is often compared to a dance in which the couples change partners.

Nina Notman explains which compounds have such rhythm in next week’s Chemistry in its Element. Until then, thank you for listening, I’m Meera Senthilingam.