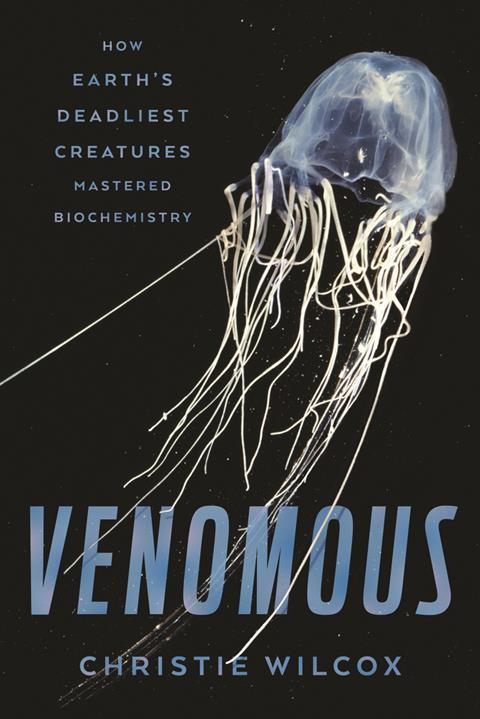 I have a vivid memory of playing in some rockpools on a Cornwall beach as a child and suddenly feeling a searing pain in my right foot. The pain became so agonising I could barely walk on it, and when my mum took me to see the lifeguards I was told I’d been stung by a weever fish. These small fish bury themselves in the sand in shallow water, ready to pounce on their prey or, in my case, use their sting to protect themselves from potential predators.

At the time I didn’t think much about what it was coursing through my foot, or how venom had interacted with my body, causing pain that was only relieved after 20 minutes in unbearably hot water.

Christie Wilcox however, has spent her life doing just that, and in Venomous she takes the reader on a journey from the platypus, to snakes, spiders, caterpillars, bees and finally the legendary Gila monster. The book was surprising and fascinating from the very beginning – I hadn’t realised that the platypus was even venomous!

Wilcox discusses everything from the biochemical and neurological actions of various venoms on the human body, to experiments carried out by so-called self-immunisers – snake owners who inject themselves with venom to build up immunity in case their beloved pet should ever attack.

Whether you’re interested in the immune response to venoms or even in India’s ‘snake dens’, where snake handlers sell bites from cobras to thrill-seekers looking for a different type of high, Venomous is sure not to disappoint. Although a little science-heavy at times, Wilcox intersperses the technicalities of biochemistry with her own stories in a way that’s sure to interest anyone who has ever been unfortunate enough to encounter one of these creatures, as well as those of us who spend our lives trying to avoid them!