The catalytic potential of gold nanoparticles was overlooked for years, but researchers are making up for lost time, writes Bea Perks

The catalytic potential of gold nanoparticles was overlooked for years, but researchers are making up for lost time, writes Bea Perks

Gold was among the first elements known to man, but it was quite some time before chemists realised it might be useful as well as beautiful. A gold nugget is relatively unreactive, but take it down to the nanoscale and it’s a different story. 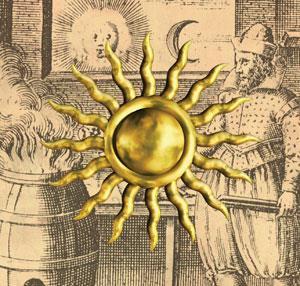 Gold nanoparticles make exceptionally active catalysts. They are not just good catalysts; they are the very best available for a number of reactions. They are, to use a well-worn cliche, worth more than their weight in gold.

As an active part of a catalytic system specifically designed to break down dangerous groundwater pollutants, for example, there is no question that gold nanoparticles are remarkable, says Trevor Keel, industrial team project manager at the World Gold Council, an organisation that represents leading gold mining companies. ’Using gold to develop efficient, cost-effective solutions to environmental problems enables less suitable treatments to be removed completely,’ he adds.

The growth of gold’s importance in the field of nanotechnology has had a fairly limited effect on the world’s gold industry overall. In 2009, the world’s gold mines produced over 2500 tonnes of gold. The vast majority of this went into the enormous jewellery and investment markets, with the major industrial use (the electronics market) taking approximately 10 per cent of the total. Overall, nanotechnology may account for just a few tonnes of gold per year worldwide.

But the impact of nanotechnology is much more than just numbers. ’The field is burgeoning, with new applications and breakthroughs being reported and patented at a staggering rate,’ says Keel. ’Ongoing advances in nanotechnology are permitting this precious material to be used in an intelligent, cost-effective way opening up a range of new markets.’

The full catalytic potential of gold was underlined in a 2005 review article in Applied Catalysis A  by Graham Hutchings at the University of Cardiff, UK, and Masatake Haruta at Tokyo Metropolitan University, Japan.1 ’The chemical industry would be transformed if selective oxidation of hydrocarbons could be achieved efficiently using cheap and clean oxygen from the air,’ wrote Haruta in the journal Nature the same year. 2 ’Doing that with gold as a catalyst is a method gaining in allure,’ he added.

Getting to that point, recognising gold’s potential as a catalyst, has been a surprisingly lengthy process, particularly considering the widespread use of platinum and silver based catalysts. Even back in the 1970s, researchers working on hydrogenation had reported that very small gold particles were very active. Alas, reports shortly afterwards suggested that the so-called catalytic activity of gold was probably the result of impurities. The gift of hindsight is a wonderful thing.

’People had the impression that gold was doing nothing whatsoever,’ says Hutchings. ’So no one bothered to look.’

The same year, Haruta arrived at the surprising discovery that gold nanoparticles deposited on semiconducting transition-metal oxides were active in carbon monoxide oxidation, even at -76?C. 4

Most industrial oxidation processes use chlorine or organic peroxides, but these could end up consigned to the environmentally-unfriendly scrap heap in an age of oxidative catalysis by gold. Hutchings’ team, along with

In traditional Indian ayurvedic medicine, an ash-like substance called swarna bhasma, which contains gold nanoparticles about 56nm in diameter, was used to treat a range of diseases including asthma and arthritis. Hundreds of years later, the Romans were using gold nanoparticles to colour glass. Nanotechnologists often quote the example of a 4th century Roman glass beaker currently in the British Museum in London, the Lycurgus cup, which looks green on the outside, but glows red, courtesy of its gold nanoparticle content, when lit from inside. Church windows are often coloured using a similar technique. In 19th century Britain, Michael Faraday reported that a similar rosy glow could be created by aqueous solutions of gold particles ’very minute in their dimensions’. 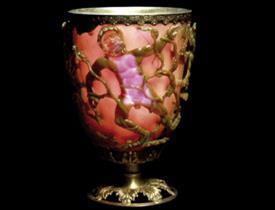 The Lycurgus cup is green, but glows red when a light is placed inside due to the gold nanoparticle content

Historically, gold nanoparticles were believed to be spherical. But in the past decade it has become clear that tailoring not only their size but also their shape holds tremendous potential. Gold nanoparticles can now be produced as platonic solids (regular polyhedrons - tetrahedra, hexahedra, octahedra, icosahedra and dodecahedra); nanorods; nanoplates; and branched metal nanocrystals.

Although it is now over 20 years since Haruta reported the spectacular performance of gold nanoparticles in the aerobic oxidation of carbon monoxide, researchers are still trying to figure out how it works. There have been several explanations, most of which focus on what the gold nanoparticles are supported by. The most common support is a high-surface-area oxide. The question is whether the support activates the reactants directly, or whether the contact between the gold and the support is key. It clearly isn’t all down to the support because even completely unsupported gold nanoparticles have at least some catalytic activity.5 It is currently thought that several factors are at play, with particle size probably the most important.

Perhaps the greatest attraction of gold nanoparticle catalysts is their green credentials. They offer the possibility of catalytic oxidations that use atmospheric air as the oxidant and form pure water as the only byproduct. Marcus B?umer at the University of Bremen, Germany, recently reported the aerobic oxidation of methanol to the industrially important chemical methylformate using an unsupported nanoporous gold catalyst.5 The porous catalyst was prepared by removing the silver from a gold-silver alloy, a process called dealloying. Even completely dealloyed nanoparticles were shown to retain some catalytic activity. However, the German team found that activity was improved by the presence of residual silver. With B?umer’s work, ’green gold catalysis’ has taken a step closer towards industrial application. 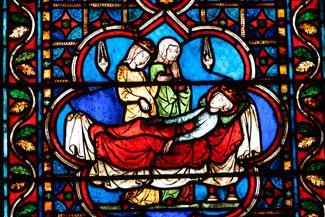 One of the most commercially established examples of gold catalysis in action is the production of vinyl acetate monomer (VAM), a key ingredient in emulsion polymers, resins and intermediates used in paints, adhesives, coatings and textiles. Johnson Matthey and the oil company BP joined forces to develop a gold-based catalyst for VAM production at a large-scale production plant in Hull, UK. The plant, which can produce a quarter of a million tonnes of VAM a year, was bought by the chemical company Ineos in 2008 (see Chemistry World  , January 2009, p10).

The commercial uses of gold catalysts don’t end there. Among other reactions catalysed by gold are the selective oxidation of sugars, the production of methyl glycolate and the water-gas shift reaction (where carbon monoxide reacts with water vapour to form carbon dioxide and hydrogen).

There are several commercially available gold nanoparticle catalysts, including Nanaucat developed by the global innovation company 3M, and Aurolite, a gold-based catalyst which is available on a range of supports, produced by the South African metals and minerals processing company, Mintek. Nanaucat, which was developed and optimised for the oxidation of CO to CO2, is currently found in a range of analytical instruments that measure nitrous oxide emissions. In this application, it removes CO that would otherwise interfere with N2O detection. Aurolite catalysts exist as 1 per cent by weight immobilised gold nanoparticles on titanium dioxide, aluminium oxide or zinc oxide supports. All three of these are being developed for CO oxidation in gas masks.

Carbon monoxide oxidation, particularly at low temperatures, holds tremendous commercial potential because of the possibility of removing CO impurities from hydrogen fuel cells, which gold nanoparticles can do without oxidising the valuable hydrogen. But the possibilities don’t end there, with examples of gold nanoparticles as the catalyst of choice extending from acetylene hydrochlorination to the addition of nucleophiles to acetylenes; to selective hydrogenation of N O multiple bonds; alcohol oxidation to acids and aldehydes; and direct formation of hydrogen peroxide. 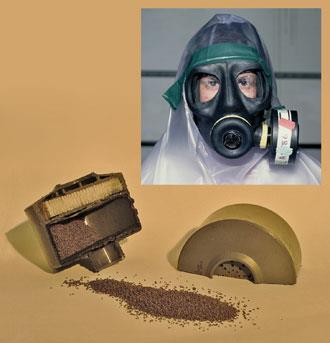 The catalytic activity of gold has interested researchers not only because gold nanoparticles are such outstanding catalysts, but also because gold offers such a ’paradigmatic example’ of chemistry on the nanoscale. The catalytic activity of gold is directly related to nanoparticle size in the nanometre length scale, notes Hermenegildo Garcia, professor at the Technical University of Valencia in Spain. The catalytic properties of gold are unique to particles on the nanoscale, he says, ’and can disappear completely on the micrometric scale’.

The history of gold nanoparticles - from their use in ancient medicines; to colourful applications in glass manufacture; to current use and promising potential as industrial catalysts - has been as exciting as it is varied. Zhu Huai Yong at Queensland University of Technology in Australia recently brought together several strands of this colourful past, with the discovery that the gold nanoparticles in church windows were also able to destroy airborne pollutants.

’For centuries people appreciated only the beautiful works of art, and long life of the colours, but little did they realise that these works of art are also, in modern language, a photocatalytic air purifier with nanostructured gold catalyst,’ says Zhu.

What took us chemist’s so long to see gold’s potential? It turns out we’d been enjoying the benefits of catalysis by gold nanoparticles for centuries.