2
Biocatalysis gets the green light 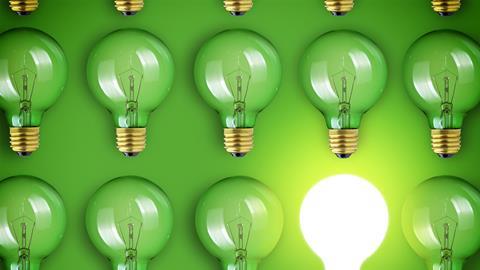 Biocatalysis gets the green light

How enzymes can help create a sustainable future, faster

Influenced by classic sci-fi iconography and futuristic 1990s music videos, many of us can often have grand technological ideas about what the future may look like. From jet packs to hover cars and self-tying trainers, these imagined worlds frequently centre on the fantastic. But there’s one fantastic innovation that rarely gets a look-in: the evolution of enzyme technologies.

Granted, these pernickety proteins are hardly the stuff of fantasy utopias (no one ever pined for an episode of The Jetsons where the family expressed thermo-stable restriction endonucleases in recombinant Escherichia coli cells). And it’s not as if they’re recent discoveries either. Used for thousands of years and famously studied by the likes of 19th century French scientists Louis Pasteur and Anselme Payen, enzymes are now as well understood as biochemical subjects get, and are now getting artificially evolved faster than nature ever could.

Still, it’s now clear that no future worth its self-shaking salt could be complete without the proper use of these biological catalysts. So you might rightly ask, why will these enzyme technologies become such a phenomenon? If you are a failed sustainable chemist, the answer might just make you green with envy, if you’ll pardon the pun.

Greener by the dozen

The quote ‘Green chemistry is the utilisation of a set of principles that reduces or eliminates the use or generation of hazardous substances in the design, manufacture and application of chemical products’ perfectly summarises the practice of green chemistry.

And it’s no wonder, as it’s written by the very people who defined it: Paul Anastas and John Warner of the US Environmental Protection Agency and the University of Massachusetts in Boston, US, respectively. Writing their seminal work Green Chemistry: Theory and Practice in the late 1990s, the pair were far ahead of their environmentally wanton times in proposing alternative feedstocks and biosynthesis as replacements for unsustainable chemical processes.

Nowadays, this focus on continuous chemistry seems perfectly fitting. With sustainability landmarks such as the UN’s 17 sustainable goals, the EU pledging to make every piece of plastic on the continent recyclable by 2030, and even the likes of Starbucks and Costa guaranteeing to refill (and therefore reuse) customers’ water bottles for free, the battle for renewable resources and processes seems to have gone mainstream. Thus, these proposals, outlined in 12 principles for any environmentally conscious chemist, are not only more relevant than ever before, but can help act as guidelines for the green future the chemical industry now needs to strive for. 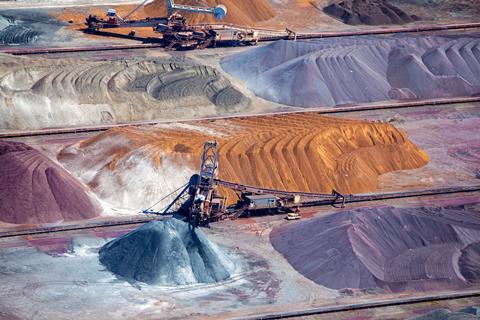 Up to 99% of the ore mined becomes a waste product

And this is all the more important when enzymes’ non-sustainable contemporaries and the means to acquire them are considered. Mining, for example, is a particularly dirty business. But it’s only recently that we’ve come to realise how environmentally damaging it is to dig up the earth on such a scale. The use of metallic catalysts such as palladium, platinum and rhodium is big business, and mining is now the biggest solid waste producing activity in the world. Up to 99% of the ore it unearths becomes waste1 that creates dangerous sedimentation and destroys habitats.

With the future of green catalysts in the balance, how well do enzymes and their biocatalytic reactions fit these 12 commandments? To borrow a well-known phrase, they fit them like a lock and key mechanism.2,3

The 12 principles of green chemistry

3. Use less hazardous chemical synthesis ✔
As enzymes are produced by living organisms, the majority of enzymatic processes have low toxicity and are Generally Regarded as Safe (GRAS)

4. Design safer chemicals N/A
Focusing on the product rather than the process, this point is not relevant to biocatalysis

5. Use safer solvents and auxiliaries ✔
Biocatalysis is often performed in water or low-toxicity organic solvents

6. Design for energy efficiency ✔
As biocatalysis would normally occur within organisms, reaction temperatures are usually just above room temperature

7. Use renewable feedstocks ✔
As they are sourced from living organisms, usually batch culture feeding on sugars, biocatalysts are renewable

9. Use catalysis ✔
Does what is says on the catalytic tin

10. Design for degradation N/A
Again, this principle focuses on the product, although it should be noted that enzymes themselves are entirely biodegradable

12. Promote safer chemistry for accident prevention ✔
As it regularly occurs in the human body, biocatalysis is generally performed without the risk of an explosion

10 out of 12 isn’t bad. And considering that the remaining two principles weren’t relevant, as they relate to the chemical reaction’s product rather than the process design, biocatalysis really is a green and sustainable technology.

It’s not easy being green. Sometimes even the most energetic of enzymes need a helping hand to boost their activity. Wild-type enzymes have evolved to be active within their natural substrates and conditions. So when it comes to industrial processes, including those involved in producing pharmaceutical ingredients, the high substrate concentrations and variable temperatures can often prove unsuitable to such catalysts. This can result in low selectivities, low activities, and thus low yields.

To remedy this situation, several techniques can be implemented, including protein engineering, directed evolution, de novo designs and the use of flow technology. But one of the most interesting ways of increasing enzymes’ activity is one less often covered: enzyme immobilisation. 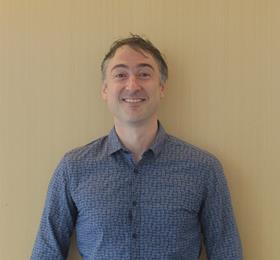 One company pioneering this method, Zymtronix – a biocatalysis company spun out of Cornell University in the US – uses highly magnetic materials to deliver a unique method of enzyme entrapment. Operating in three separate levels, the company’s unique magnetic nanoparticles first surround a poorly performing enzyme, which protects it from degradation. Next, larger (but still microscopic) carriers group the enzymes together magnetically, which means the enzymes can be recovered and reused, thus maximising activity.

‘Green chemistry doesn’t come much greener than using efficient enzyme-based processes,’ says Stéphane Corgié, founder and chief executive of Zymtronix. ‘After all, it involves using substances that have evolved from nature to speed up chemical reactions. For the chemical industry to fully embrace green chemistry and biocatalysis, it’s vital that we can demonstrate its benefits in the areas of speed and cost, because many biological catalysts are actually far quicker and more selective than any alternatives.’

Into the wild green yonder

With increasing pressure from international bodies and customers, pioneering companies and the sustainable zeitgeist, the chemical industry is going to see some radical changes in the next decade. It’s a case of toxic and rare elements out, renewable enzymes in. And the drive for greener chemistry doesn’t just benefit the planet, but the economy too. Thanks to the rise of the biofuels and food and beverage industries, analysts forecast the global biocatalysis market to grow at a rate of 6.39% a year during the period 2017–2021.4

So there’s no excuse! It’s never been easier (and faster) to be green.

ZymtronixOur technology allows for greater control over your biocatalysts, while guaranteeing no loss in activity. It is our mission to help you make your biocatalysis work.