A greener recipe for copper nanowires 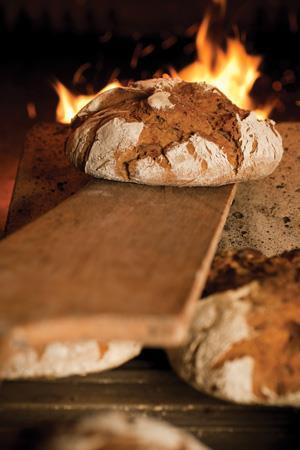 The Maillard reaction is responsibile for the delicious aroma of baked bread, grilled steak and roasted coffee

In an ingenious application of food chemistry more commonly associated with the searing of steak or baking of bread, scientists in Singapore have developed a green synthesis for well-defined copper nanowires (CuNWs).1

Indium tin oxide (ITO) is the most widely used transparent conductor in today’s consumer technology, featuring in solar cells, touch screens and LED displays. However, alternatives are being sought due to the high cost and finite supply of indium. Films made from silver or copper nanowires are promising candidates, exhibiting high conductivity and optical transparency in addition to being flexible.

CuNWs are typically synthesised by the reduction of Cu2+ in solution to its metal form using the highly toxic and dangerously unstable compound, hydrazine. These CuNWs can then be incorporated into an ink for the roll-to-roll printing of transparent conductors. More recently sugar has been used to reduce Cu2+ in solution yielding extremely high aspect ratio CuNWs via a non-toxic route,2 though their inherent length and flexibility leads to entanglement and agglomeration, precluding their use in liquid inks.

Ghim Wei Ho and her team at the National University of Singapore are experts in the synthesis and application of nanomaterials. They have applied the Maillard reaction, commonly associated with the desirable taste and smell of browned foods and a key process in the flavour industry, to the synthesis of CuNWs. Indeed, Ho’s team report a chocolate-like aroma follows their CuNW synthesis.

The Maillard reaction between amino acids and reducing sugar occurs at approximately 140–165°C. By varying the type and concentration of reducing sugar and amine in the presence of Cu2+, the team has been able to synthesise CuNWs with a tuneable aspect ratio via a green route for the first time. The optimum aspect ratio allows the CuNWs to be dispersed in ethanol then sprayed onto a variety of surfaces to create transparent conducting films. 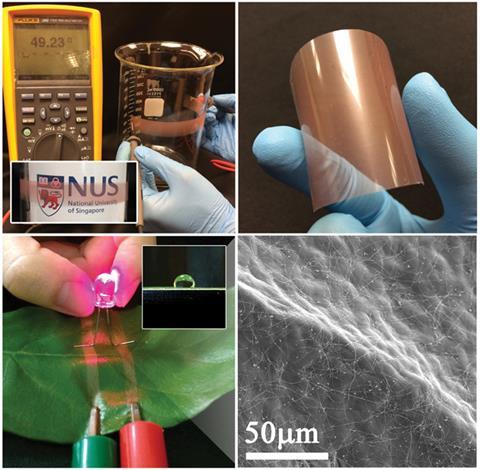 ‘Tuning the nanowire dimensions by the simple addition of a reagent is uncommon,’ explains Ho, ‘especially when one can tune the length from several millimetres down to a few tens of microns. Prior to this work, the only demonstration of copper nanowire synthesis at these dimensions involved using dangerous precursors, like hydrazine.’

‘Copper nanowires are attractive as copper is 100 times cheaper than silver and 1000 times more abundant,’ comments Seung Hwan Ko from the Applied Nano and Thermal Science (ANTS) Lab at Seoul National University, Korea. ‘This economic synthesis is a big step towards their widespread use in the transparent conductor industry.’