A light switch for chemical reactions 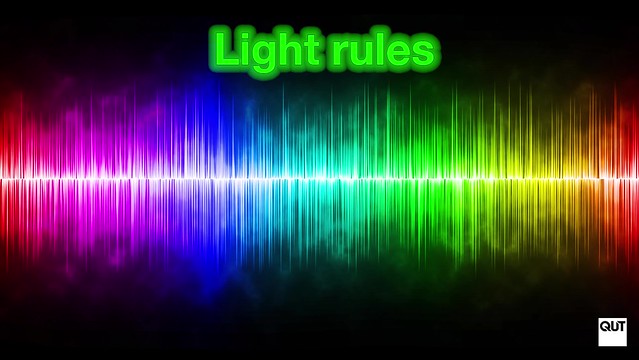 Shedding a little light on certain starting materials can nudge them down one of two reaction pathways. Such a light switch could be used to get past the diffraction barrier to print tiny components on electronic circuits with nanometre resolution.

Hannes Houck, Filip Du Prez and Christopher Barner-Kowollik from the Queensland University of Technology, Brisbane, Karlsruhe Institute of Technology and Ghent University, have explored the possibility of a light switch for chemical reactions. Being able to control the outcome of a reaction with an external switch is, they suggest, a ‘key frontier within the realm of chemical reaction control’. They have demonstrated proof of principle with reactions of triazolinediones. These species are useful coupling agents in biomedical and polymer research and can undergo Diels–Alder reactions and addition reactions.

The team reports that ultraviolet light will induce a Diels–Alder reaction with photocaged dienes. Conversely, in the dark at ambient temperature, an addition reaction with alkenes occurs. However, if visible light is shone on the reaction mixture, a photopolymerisation takes place that causes quantitative photodeactivation that stops all reactions. Dim the lights, however, and the switch can be flipped again. 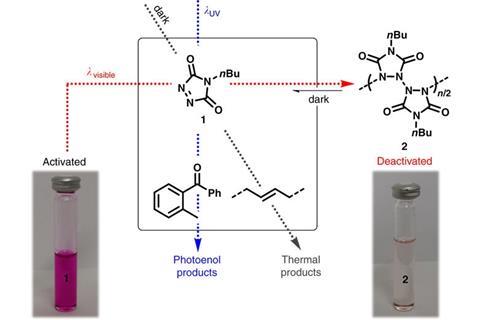 This phenomenon could be exploited in connecting small molecules to compounds of biomedical interest with fine control, as well as opening up the possibility of designing super high-resolution photoresists for 3D laser lithography. Toggling between on and off states of reactions was always possible, but relied on temperature as the controlling factor. Light allows a much finer control not only in time but also spatially given that a light can be switched on and off and back on again instantaneously. Moreover, specific areas can be masked to keep them in shadow while other areas are bathed in light.

Related reactions that respond to different wavelengths, or colour, of lights would add another level of control. ‘The results of the study have the potential to establish super resolution photoresists that break the diffraction barrier to print a few nanometre wide lines with visible light – a distant dream today,’ says Barner-Kowollik. ‘It is critical that we also establish more systems capable of functioning as colour-guided photoswitches to have an entire library available.’

‘Clever use is made of an old reaction where a dienophile, which is also an ene reactant, is converted by visible light into an inactive polymeric form. However, the polymer thermally reverts to the active form. Thus, a Diels–Alder reaction (based on a photoenol generated by UV light) and a thermal ene reaction can be turned off or on by prior visible light irradiation or a dark period,’ explains Amilra De Silva of Queen’s University Belfast. ‘The usual goal of photochemists is to use light to make reactions happen. Switching off a chemical reaction with light isn’t easy, especially if it is to be done reversibly. But if this can be done, possibilities of sub-micron photo-patterning arise,’ he adds.