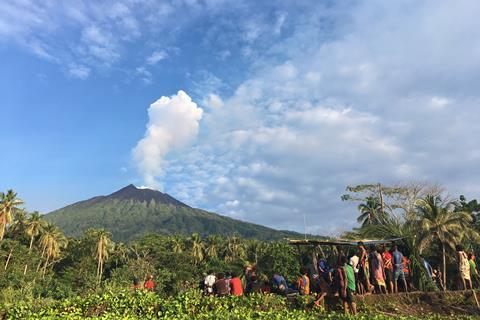 The local community on Manam Island lives in the shadow of the volcano. View from Baliau village, Manam. 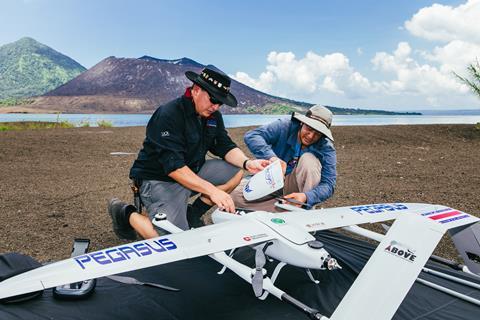 Preparing for a test flight with the Pegasus vertical-takeoff-and-land (VTOL) drone. Featuring Jorge Andres Diaz, and Alfredo Alan at the University of Costa Rica 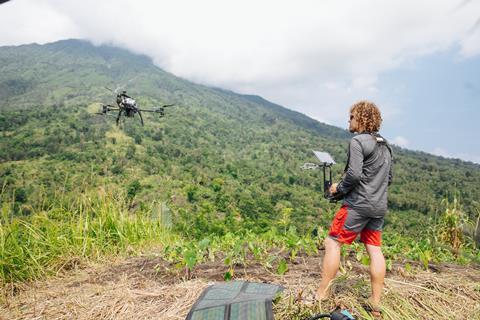 Multi-rotor drone carrying a pump system to collect gas samples from directly inside the volcanic plume for chemical analysis. Featuring Gustav Gerdes at the Chalmers University of Technology 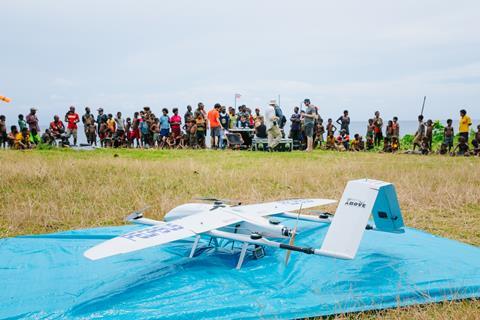 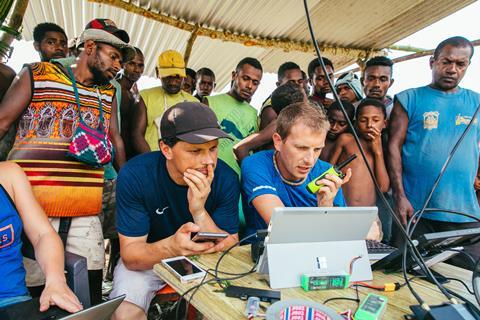 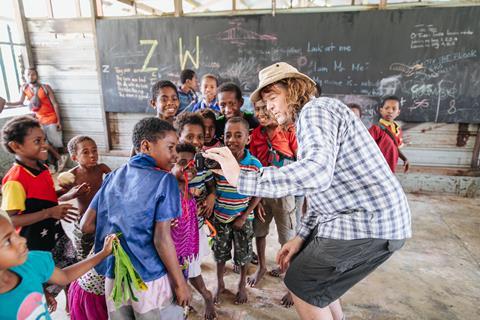 Community engagement is a large part of the project, teaching and learning from children in the local school about the volcanic hazards they face. Featuring Jim Freer at the University of Bristol and University of Saskatchewan

Drones have revealed exactly how much carbon dioxide the volcano Manam in Papua New Guinea is emitting. The data should be useful for forecasting eruptions and tracking the carbon footprint of this geological phenomenon.

Manam is currently one of the most active volcanoes in the world. However, studying it is extremely difficult. ‘We know that there are many volcanoes that are very active, but they’re completely unmonitored,’ says Emma Liu, lead author of this project. ‘They just can’t be accessed from the ground, either because they’re too hazardous to approach, or they’re simply too high altitude and we cannot get the equipment in place.’

To tackle these hurdles, Liu’s team used new drone technology to access these inhospitable places. They adapted the drones to the plume’s turbulent and acidic environment, as well as stripping down the scientific equipment to make it much lighter.

The drones measured carbon dioxide, sulfur dioxide, hydrogen sulfide and meteorological parameters such as pressure, temperature and humidity. With these parameters, researchers calculated the proportion of carbon dioxide to sulfur dioxide. Liu says this data is important to help the local community prepare for an eruption. She adds that measuring the carbon dioxide emission rate is helpful to understand past climatic conditions, particularly in response to changes in volcanic emissions. This information is relevant to ‘understand what is happening in this phase of accelerated global climate change’, she says. ‘Understanding what has happened in the past is really one of our only tools to understand what might happen in the future.’

‘Probably the most fundamental advance of this study is that we’ve laid the foundations for these long-range flights,’ Liu says. ‘This technology could be applied at volcano observatories around the world.’

Volcanologist Kayla Iacovino, who was not involved in the study, applauds the work and warns of a data avalanche to come. ‘You can expect a veritable explosion of new datasets to come out as these systems [drones] become more and more commonplace,’ she says. ‘The influx of lots of new data means we have the opportunity and responsibility to develop tools to understand what these volcanoes are telling us.’