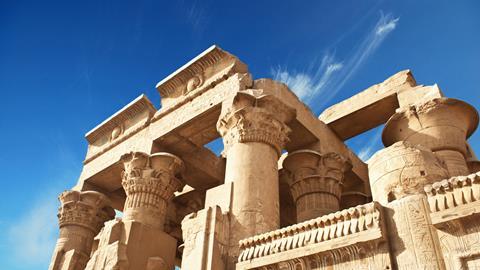 Atmospheric chemistry played a surprising life and death role in ancient Egypt. New evidence has emerged that links volcanic eruptions with disruption of the rainfall that fed the Nile. This in turn led to rising food prices, riots and even open revolt against the ruling Ptolemaic dynasty.

The climate scientists and historians behind the discovery uncovered a strong relationship between major volcanic events and low water levels in the river Nile. Historically, the Nile’s annual flood was crucial for agriculture. When flooding was lighter than usual there were severe societal pressures as harvests failed and food prices rose. Ptolemaic era (305–30BC) documents reveal that this often culminated with civil unrest and rebellions against the authority of the Greek kings who ruled Egypt at the time.

‘Volcanoes can inject millions of tonnes of sulfur gases high into the atmosphere, where they form a layer of tiny, reflective liquid aerosols that scatter sunlight back into space,’ explains Michael Mills an atmospheric chemist from the National Center for Atmospheric Research in Colorado, US, who was not involved in the project. ‘These particles can remain in the upper atmosphere for several years, reducing sunlight and temperatures at the Earth’s surface. Changes in precipitation patterns can follow, including a southward shift of monsoon regions following eruptions in the northern hemisphere.’ 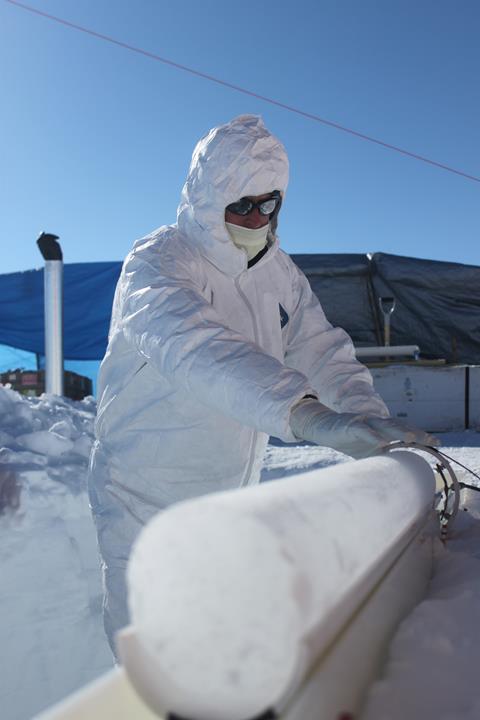 Sulfur aerosols released into the stratosphere by volcanoes eventually make their way towards the Earth’s poles. Once there they drift back to the ground in snow and are incorporated into ice sheets, leaving a pristine record of when major eruptions took place. ‘The sulfur usually indicates the contribution from marine biogenic sulfur emission – the ocean emits a lot of sulfur,’ explains Michael Sigl, of the Paul Scherrer Institute in Switzerland. ‘But every 10 years on average you get a big spike in total sulfur, and that’s coming from a volcanic eruption.’ Sigl helped analyse ice cores extracted from depths of 150–200m in the Antarctic, and around 400–500m in Greenland, to determine dates of large volcanic eruptions over the last 2500 years.

To understand the impact that volcano-driven shifts in rainfall have had on the river Nile, a team led by Trinity College Dublin’s Francis Ludlow compared a historical record of the Nile’s water level, known as the Islamic Nilometer, with chemical tracers of volcanic activity locked away in the ice sheets in Greenland and Antarctica. 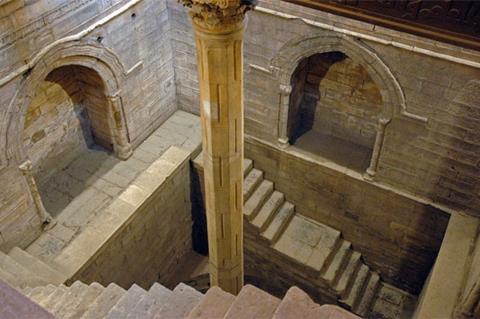 The Nilometer, housed on Rhoda Island in Cairo, preserves a chronicle of the Nile’s high water mark, stretching back to 622. ‘It’s an actual fully quantitative measurement. It’s a beautiful, fixed climate record – but often weirdly overlooked by climatologists,’ says Ludlow. When they analysed the Nilometer data alongside ice core data, Ludlow’s team found a clear link. ‘In these eruption dates – and we looked at about 60 of them – you can see a big decrease in Nile summer flooding in those years.’ In fact, in eruption years the summer flooding was, on average, 22cm lower than in non-eruption years.

Having modelled the Nile’s recent response to volcanic events, the team then looked further back in time, to the Ptolemaic era – a period stretching from the death of Alexander the Great to the time of Cleopatra VII. Polar ice cores extracted from depths of several hundred meters allowed the team to date volcanic events – and therefore low Niles – over the last 2500 years. By scouring ancient documents the researchers found that these dry cycles were strongly associated with periods of revolt in ancient Egypt and a lack of funds to wage war with its rivals.

But the University of Cambridge’s Dorothy Thompson, an expert on Hellenistic Egypt, points out that in addition to the impact of climate, the Ptolemaic ruling family was a fractious one and discord at the top was likely also a factor. Ethnic tensions between immigrant Greeks and native Egyptians were another running issue, while from the second century BC, the growing threat of Rome – a new Mediterranean superpower – added to the Ptolemaic dynasty’s problems.

‘What this study provides is strong support for the importance of economic factors since both the livelihood of individuals and overall the wealth of Egypt depended on the agriculture made possible by the flood of the Nile. The Nile flood was always key,’ says Thompson.

The Ptolemaic era came to an end with Cleopatra’s suicide in 30BC, a year after her naval defeat by Rome at the Battle of Actium. By then the state’s power had been weakened by a decade of repeated poor flooding of the Nile, famine and rural depopulation – this followed the third largest volcanic eruption of the past two and a half millennia.

With 70% of the world’s population currently living in monsoon-dependent regions, the findings also have significance today. ‘There has not been a large-magnitude eruption since the year 1991 and our understanding of the hydroclimatic response following volcanic eruptions is far from complete,’ says Anja Schmidt, who researches the environmental impacts of volcanic aerosols also at the University of Cambridge. ‘Therefore past records as utilised in this study are of great value and serve as a potential warning sign as to how susceptible certain regions of the world may be to drought when the next large eruption occurs.’

Thompson says that this study underscores the importance of cross-disciplinary dialogue. ‘I look forward to further work of this kind. It would, for instance, be interesting to know if the market prices for wheat recorded in cuneiform texts from Mesopotamia in the same period were similarly affected by volcanic activity.’

This sentiment is echoed by University of Southern California historian Christelle Fischer-Bovet. ‘It is extraordinary to have now a new independent set of evidence about Nile floods during the three centuries of Ptolemaic rule,’ she says. ‘Historians of the Ptolemaic period have looked at ancient documents informing us on the Nile flood, whether directly or indirectly, but the level of reliability of these texts is variable.’

Fischer-Bovet hopes that future partnerships of this sort will enable greater understanding of the pressures faced by ancient societies. ‘Any additional piece of evidence can be a great help, especially in ancient history where our sources are so scarce. Soil quality, level of salinisation, actual nutritive level of ancient cereals are all examples of new information we may be able to have access through this kind of collaboration,’ she observes.