The all-carbon polycyclic ladder systems, 1 and 2, are more stable than all other geländer systems made to date. 1 and 2 are structural isomers that only differ in the sizes of the macrocycles they form

Scientists in Switzerland have prepared two all-carbon molecules with a staircase configuration and shown that one of them is more stable than all other geländer systems made to date. 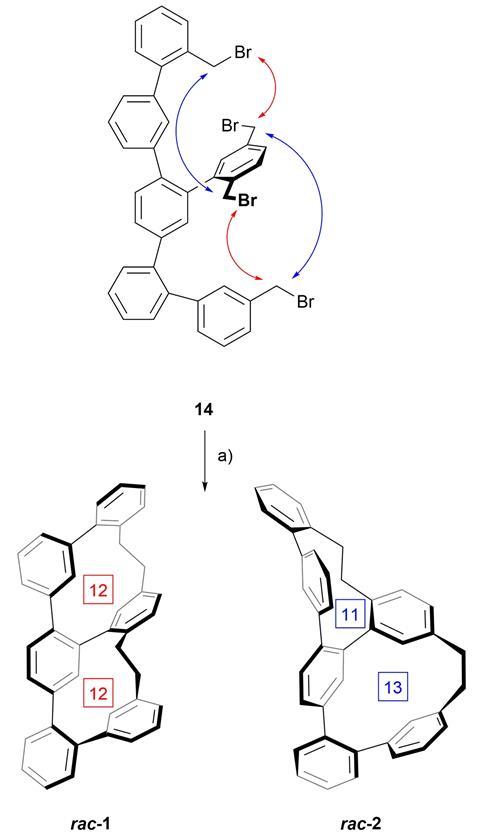 From the German word for banister, geländer molecules were first described in the 1990s and have a spiral-like structure. Steric interactions are responsible for their characteristic configuration and the ‘banister’ of the staircase gives rise to the molecule’s chiral structure.

Previously, Marcel Mayor’s group, at the University of Basel, made these structures using different bridging atoms, including oxygen, sulfur and selenium. Now, they have made two geländer molecules out of just carbon atoms via an intramolecular Wurtz-type coupling reaction.

The molecules’ spiral-like structure is possible because one side of each molecule is shorter than the other. The molecules have several connected phenyl rings and the longer side wraps around the shorter one, creating a helix.

They discovered that one of the new molecules is more stable than all other geländer molecules. Mayor’s team is now trying to pinpoint exactly what makes it so stable.