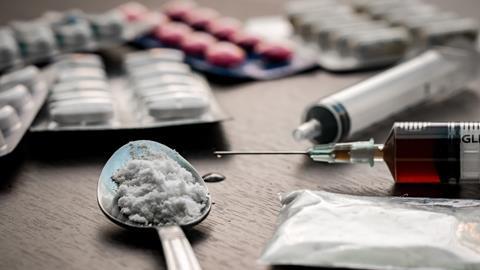 A test strip that was originally developed for doctors to determine if patients are taking their pain medication is now helping stop drug users overdosing. The simple test can spot the presence of fentanyl, a powerful opioid drug sometimes added to heroin.

‘Over the past five years there has been an increasing proportion of overdoses in our region that we detect fentanyl in,’ says Mark Lysyshyn, lead medical health officer at Vancouver Coastal Health in Canada. ‘It is really a product contamination issue. People are trying to take other drugs, typically opioids like heroin, but instead they are getting fentanyl.’

Drug users can easily overdose on fentanyl, since the synthetic opioid is up to 100 times more potent than heroin or morphine. In British Columbia alone, 330 people died from fentanyl overdose in the first nine months of 2016. In comparison, between 2009 and 2014, there were 665 fentanyl-related deaths in the whole of Canada.

In July 2016, the supervised injection site Insite in Vancouver started handing out simple analytical test strips to drug users so they can check their products for fentanyl before injecting. While only a few of the 600 daily Insite visitors take up the offer, those who do find fentanyl are 10 times more likely to reduce their dose and 25% less likely to overdose. Most people test their drugs after, rather than before, use. However, detecting fentanyl in their drugs post consumption might still make users more careful in the future, Lysyshyn points out.

Although the test was never meant for this purpose – it was developed to detect tiny amounts of fentanyl in urine in people who have been prescribed the drug – it is simple enough to be used by laypeople. ‘We worked with our local police and tried a bunch of technologies, but some of the more complicated technologies, things like a mass spectrometer or ion scanner, were just too expensive,’ explains Lysyshyn. Since the health service’s pilot project operates on a shoestring budget, they opted for a low tech solution.

The test is based on antibodies that specifically bind to fentanyl, explains Shing Kwan Tse, a scientist at BTNX, the biotech company that produces the test strips used at Insite. ‘As the sample runs up the membrane it binds to the dye in the strip then gives you a visual readout in a similar way a pregnancy test does,’ adds David Campbell, business manager at SureScreen Diagnostics, which partners with BTNX and produces similar test strips for the European market.

Lysyshyn says this is the first time drug checking has been shown to provide a positive health outcome. Other needle exchanges in the US and Canada have now started handing out fentanyl test strips to drug users.

However, the illicit drug market is developing quickly, with new fentanyl analogues like carfentanyl – 100 times more than potent fentanyl – now hitting the streets. ‘We’re working on developing the test further to see if we can pick up some analogues of fentanyl,’ says Iqbal Sunderani, president and chief executive of BTNX. ‘One of the problems is keeping ahead of the curve,’ Campbell agrees.