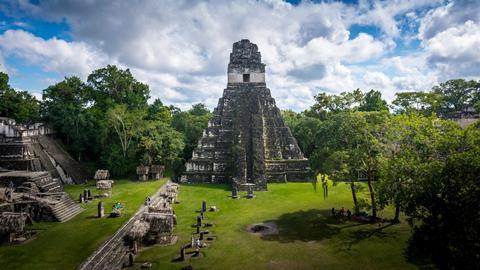 Ancient Maya communities were first to use zeolite to purify water

More than 2000 years ago, the Maya peoples were the firsts to use zeolites to purify water. The findings refute previous conceptions of European or Asian communities being the original users of such minerals in water filtration.

It was presumed that people only started using zeolite to purify water at the beginning of the 20th century. But remnants of a reservoir unearthed in the ancient city of Tikal now suggest otherwise.

Tikal was one of the biggest Maya cities in what is now Guatemala. Catastrophic cyclones, volcanic events and droughts were common in this crowded city. Consequently, water supplies were easily contaminated by harmful microbes and toxic mineral leachates.

The city’s inhabitants collected zeolites and quartz from a source about 30km northeast of the city, where these minerals are deposited in volcanic rock. Zeolites are porous and non-toxic aluminosilicates with potent absorbing properties that can filter out microbes and toxins from drinking water.

A team of US researchers used x-ray diffraction and accelerated mass spectrometry to determine the nature of the minerals in Tikal’s former reservoirs. Carbon dating them revealed that, since 235 BC, people filtered water in one of the main city’s reservoirs through a mixture of zeolite and crystalline quartz. The team suggests that the Maya built a wall with these minerals within the reservoir, standing against the water stream and filtering contaminants. Quartz was efficient enough with clearing the water, but the zeolite was crucial to remove toxins.

The reservoir at Tikal is now the oldest known example of water purification in the Western Hemisphere, and the oldest zeolite system in the world. The researchers now hope to map out other ancient water decontamination systems.