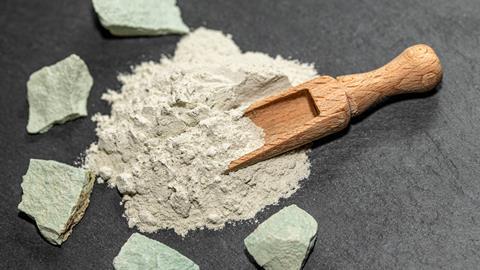 This week, we find a great many holes in Brian Clegg’s attempts to categorise a complex collection of compounds.

Many compounds are simple, easily classified molecules, such as NaCl or C6H6. Others, though, represent whole families. Think, for example, of DNA, a construction set for an infinite range of possible outcomes. The minerals known as zeolites may have fewer variants, but they form an extensive family. Both naturally occurring and synthetically assembled, zeolites are aluminosilicates – they all contain interlinked tetrahedral lattices of aluminium, silicon and oxygen, with a mix-and-match collection of the so-called alkali and alkaline earth metals, such as sodium, potassium, calcium and magnesium. The zeolite mineral chabazite has all four, and some additional water thrown in.

That water is reflected in the origins of the name ‘zeolite’. When Swedish geologist Axel Cronstedt heated what he would call ‘zeolit’ with a blowpipe, the mineral boiled and swelled, so he gave it a name combining the Greek for boiling and for stone. The zeolite structure contains pores of molecular size and all zeolites have some water adsorbed onto their complex internal surfaces. This name is uncontroversial, unlike chabazite, which owes its title to a typo. It was named by French naturalist Louis Bosc d’Antic, who intended to call it after the Greek for a hailstone. Unfortunately, the Greek text he used had a spelling error – the word should have been chalazite. 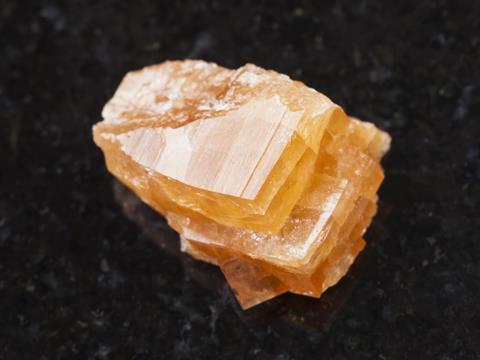 In total there are at least forty natural zeolites, with synthetic versions bringing the total to over 200. In theory, there should be many more, as the range of positive ions that could be included is extensive. It’s not clear exactly why only these compounds are currently formed. The sheer quantity of the structures synthesised, though, emphasises how practically useful zeolites are: their very fine porous structures make them ideal materials to produce molecular sieves, able to separate out chemical compounds based on their size. They can also function as ion exchange materials and catalysts.

The ion exchange function is most commonly used in water softeners. Hard water contains an excess of calcium and magnesium ions, which result in limescale building up. When water is passed through an appropriate zeolite containing sodium or potassium ions, the compound prefers to hang on to the calcium and magnesium. As a result, it swaps out the ions that cause hard water for sodium or potassium, reducing limescale build-up. 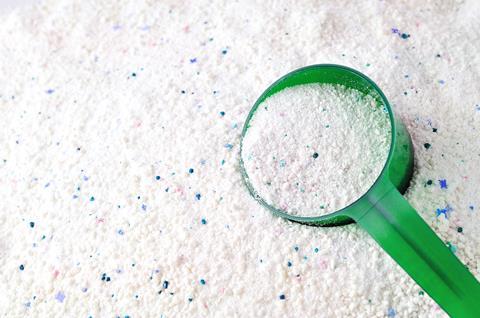 Water softeners aren’t the only domestic use of zeolites – they also turn up in cat litter, where the zeolites’ adsorbent ability reduces odour, and in your laundry detergent. Here, phosphates were used to bond with calcium and magnesium which would otherwise have impacted the effectiveness of the surfactants (the substances removing dirt), but this produced waste water rich in a nutrient that encouraged algal blooms. As a result, phosphates were banned from detergents in both Europe and the US. Zeolites are now used, much as in water softeners, to replace the calcium and magnesium ions with sodium. These zeolites are known as ‘builders’, as they also help structures form in powder detergents.

The degree to which zeolites are now fine-tuned is a mark of the sophistication of modern zeolite engineering. The zeolite primarily used in detergents was, since the 1970s, Zeolite A which has pores with a diameter of 0.42 nanometres. This works well for calcium ions, but is less effective for magnesium. A new additional structure, Zeolite X, was introduced from the late 1990s – this has 0.74 nanometre pores, making it more effective at binding magnesium.

There are a whole range of catalytic roles for zeolites, acting as the unlikely-sounding solid acids. The ‘acid’ part reflects zeolites’ nature as Lewis acids, able to accept electrons to further a reaction. The biggest role here is in catalytic cracking, the process used in the oil industry to convert large hydrocarbon molecules into the smaller molecules required for petrol, kerosene and other fuels. In this application, the star zeolite is faujasite, also known as Zeolite Y.

As with catalysts, there are many uses for zeolites as molecular sieves, driven by the compounds’ porosity. One good example is in oxygen concentrators which make use of a process known as pressure swing adsorption. Air is passed through zeolites at high pressure, resulting in nitrogen being adsorbed onto the zeolites, increasing the percentage of oxygen present. The trapped nitrogen is then released by dropping pressure, so the zeolites can be used again. This has proved valuable for medical uses where patients with conditions such as emphysema can be helped without using potentially dangerous oxygen cylinders.

And that’s just the start. Zeolites have been used to trap nuclear waste products – they were widely deployed after the Fukushima nuclear accident in Japan - they make it practical to manipulate asphalt at lower temperatures, act as a durability additive to cement, are used in aquarium filters, to give a longer life to fruit and vegetables by absorbing ethylene and much more. These applications continue to be developed – for example, recent experiments have incorporated graphene into zeolite pores, boosting the zeolite’s ability to act as a catalyst for reactions driven by light.

It’s the combination of physical structure and chemical components that give zeolites their huge range of uses. The most important aspect of zeolites is their pores – it has been calculated that just 10 grams of chabazite has the same surface area as a football pitch, around 5,000 square metres – demonstrating that sometimes it’s the empty spaces that make all the difference.

That was Brian Clegg with zeolites. Now, this time next week, our American friends will probably still be sleeping off the traditional excesses of Thanksgiving – and some will have spread a persistent myth about turkey: that it’s high in tryptophan, and this is what makes you sleepy after a great big thanksgiving dinner. I’ll be exploring the truth about this essential amino acid in the next Chemistry in its element podcast. Until then, get in touch with any compounds to cover – email chemistryworld@rsc.org or tweet @chemistryworld. I’m Ben Valsler, thanks for joining me.