Move follows transfer of R&D from Europe to US 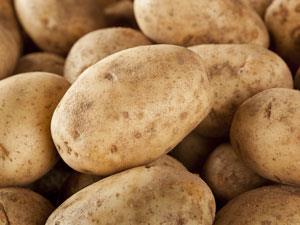 BASF has announced that it is no longer seeking EU marketing approval for its controversial genetically modified (GM) potatoes.

The company already has approval for one type of GM potato. In 2010, the European commission granted approval for Amflora potatoes, which are used for industrial production of starch, a biopolymer of two monomers: amylose and amylopectin. The latter is the important monomer for industrial purposes. Potatoes typically produce starch that is 20% amylose and 80% amylopectin, but – thanks to genetic modification – Amflora potatoes produce only amylopectin.

BASF had been planning more approvals. But it says that continued investment in Fortuna, Amadea, and Modena potatoes cannot be justified because of ‘uncertainty in the regulatory environment and threats of field destructions’.

The 2010 approval of Amflora potatoes was hailed at the time as key breakthrough for agrichemical companies, which historically had struggled to gain public approval for GM products in Europe. But it proved to be something of a one off, and in January 2012 the company decided to halt development and commercialisation of GM crops in Europe and move its biotech R&D operations to the US, citing consumer and political resistance.

Meanwhile, BASF is also dropping its research into nutritionally enhanced corn, resulting in the closure of six field sites across the midwestern US and the loss of 40 jobs. This will coincide with increased focus on modification for higher yields and improved resistance to stress conditions.