MHRA to cut 300 jobs amid financial pressures arising from Brexit

The UK’s medicines and healthcare products regulation agency (MHRA) is poised to make 300 members of staff redundant in the face of budget cuts that have raised questions over the agency’s future as a credible regulator. 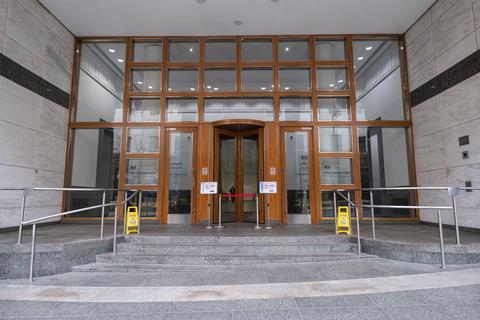 Regulatory affairs experts have questioned the decision to cut the agency’s staff and budget, given its requirement to consider many more product applications post-Brexit

The job cuts amount to 20% of the MHRA’s total workforce and are part of a transformation programme that will radically reshape how the agency operates. The MHRA has not revealed exactly where the cuts will hit but said it will be making savings in its operating costs, as well as redeploying and retraining staff in new areas of regulation and science.

The need for cuts is largely driven by Brexit, which led to the agency losing millions of pounds in funding from the European regulatory system and its role authorising medicines for the EU.

The MHRA also pointed to Conservative peer Julia Cumberlege’s Independent Medicines and Medical Devices Safety Review as a reason for the transformation programme. Published in July, the review recommends the MHRA needs ‘substantial revision’ and should focus on raising awareness of its public protection roles and ensuring that patients have an integral role in its work.

The agency also said the restructuring fits with its role in the government’s plans to put life sciences at the core of its ‘build back better’ agenda for economic growth and innovation. ‘We will continue to be a world-class regulator that delivers the right outcomes for patients, while we modernise the services we provide to industry, and remain financially stable,’ the agency told Chemistry World.

But experts in the field of medical regulation say it’s more likely the cuts will restrict the MHRA’s ability to keep up with developments in the EU and force it to simply rubber-stamp approvals from larger regulators.

‘The UK has to be realistic about its ability to set up an independent regulatory framework in the context of its relatively small market size,’ says Derek Hill, a professor of biomedical engineering at University College London who specialises in medical devices regulation.

The MHRA has temporary arrangements in place to partially align with EU regulations for medical technology. For example, until June 2024, CE marked medical devices can still be sold in Great Britain; and until the end of 2023, the MHRA can approve EU-authorised medicines using a mutual recognition procedure.

Soon, however, the UK will need to explore how it can continue to accept CE marked devices and European Medicines Agency-authorised medicines for longer, while at the same time putting in place a new regulatory framework, Hill says. ‘In the context of such challenging circumstances, it would seem appropriate to increase, rather than cut, the MHRA budget.’

The Association of British HealthTech Industries (ABHI) said it aims to work with the MHRA to ensure it remains a world-recognised agency. ‘This includes linking with the broader government agenda to ensure that the UK remains a favourable place to research, manufacture and distribute medical technologies,’ said Phil Brown, the trade body’s director of regulatory and compliance.