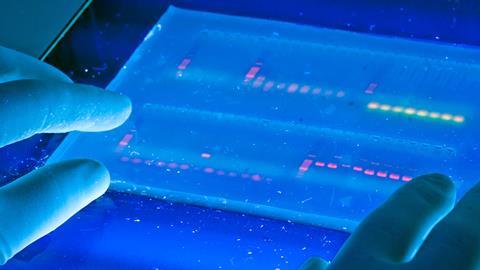 Call for overhaul of EU rules on GMO clinical trials

In a joint position paper, the organisations say sponsors applying to conduct GMO clinical trials now face complicated regulatory disparities at the national level that slow down the process. The position paper recommends 11 possible solutions for improving and harmonising the framework, adding that an update would boost Europe’s biomedical sector and help ‘avoid unnecessary delays in patient access’ to innovative medicines consisting of or containing GMOs – for example gene or cell-based therapies.

‘The framework is outdated and needs to be revised to reflect better our current understanding of risk posed by GMO therapies,’ he says, adding that the position paper is ‘a timely and sensible proposal to overhaul the GMO regulations.’

The position paper notes that while all clinical trials in the EU must be approved by medical agencies, applications for GMO-based clinical trials must also be reviewed at the national level by ethics panels and environmental and biosafety experts. This requires sponsors of GMO clinical trials to grapple with time-consuming regulations ‘drafted primarily with plant GMOs in mind with a goal to protect food consumers and crops from contamination.’

GMO clinical trials fall under the European commission’s Advanced Therapy Medicinal Product (ATMP) regulation, approved in 2007. The paper urges the commission to incorporate at least some of the proposals into a new clinical trials regulation expected to take effect in 2019.

The proposals are divided into three groups – near-term, medium-term, and long-term – and include creating a ‘GMO facilitation group’ of experts across Europe to ‘foster the adoption of more uniform and rapid decisions’ on GMO clinical trials. Other proposals include developing a common application process across the EU for environmental assessment of GMO trials and creating a website clearly explaining key requirements for GMO clinical trials.

An EU official tells Chemistry World that the commission is ‘aware of the challenges faced by developers of gene therapy medicinal products.’ She adds that commission representatives met earlier this year with national authorities involved in GMO authorisations and in clinical trial authorisations and that dialogue has continued since the meeting.

However, she suggests it would be premature to comment on the possible implementation fo any of the proposals in the position paper.