Outdated tests could be causing drug candidates to be scrapped without reason, say scientists

Outdated assays for monitoring liver health could have caused dozens of drug candidates to be wrongly scrapped during development, according to new research. A team from the US showed several drugs that are known to be safe actually fail basic liver toxicity tests. This, they say, casts serious doubt over the reliability of these tests, and highlights an urgent need for alternatives.

‘Liver toxicity is the number one safety concern that causes pharmaceutical companies to halt the development of new drugs,’ says Paul Watkins from the Hamner-University of North Carolina Institute for Drug Safety Sciences, who was speaking at the 246thACS National Meeting & Exposition in Indianapolis, US, ‘but the current blood tests we have to assess liver injury are the same ones we’ve had for fifty years.’ 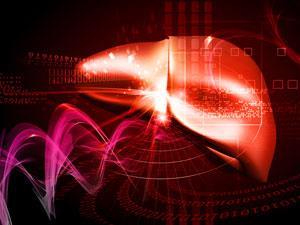 Watkins says that while these markers do indicate liver damage, they can’t reliably predict whether a drug will go on to cause serious side-effects like liver failure. He and his colleagues carried out blood tests on healthy volunteers taking various prescription and non-prescription drugs that have been routinely used for years and are known to be safe. They observed elevated levels of AST and ALT in many cases, and follow-up tests confirmed that liver cells were indeed dying. ‘The liver can withstand these kinds of insults and yet have no consequences for the patient,’ says Watkins, ‘but that still leaves unanswered why with some drugs the patient always recovers, and for other drugs some patients go on and have serious liver injury.’

These findings have serious implications for drug developers, says John Michael Sauer, from the US-based Predictive Safety Testing Consortium, which is collaborating with Watkins’ group to validate new safety testing methods. He explains that over the years the shortcomings of standard tests could have prevented many drugs being approved that may in fact have been perfectly safe. ‘It is very likely that promising clinical candidates have been abandoned due to changes in traditional biomarkers and the incorrect assumption that the candidate had an intrinsic hepatotoxic liability,’ he says, adding that he has been personally involved in several drug development efforts that stopped as a result of markers exceeding regulatory limits. ‘Biomarkers that more accurately predict the progression and clinical outcomes of drug induced liver injury need to be identified, characterized, and qualified for use in clinical studies.’

But finding these markers is easier said than done. Blood tests that measure other proteins or markers, like micro RNAs, tend to experience similar problems to AST/ALT testing, producing ‘false positive’ results with safe drugs. Watkins’ group has recently had some success with genetic analyses, which aim to identify why some patients are more susceptible to severe liver injuries than others. ‘As we get more definition to the genetic sequences in these patients we may be able to find much more specific tests and avoid this problem with personalised medicine,’ says Watkins. ‘I think within the next few years we’ll see genetic tests that are being introduced and recommended to guide liver safety.’

James Dear, a pharmacologist at Edinburgh University, agrees that a fresh approach to testing is long overdue, but stresses that the priority is developing better in-vitro assays and animal models to assess early stage drug candidates, so developers can get a definitive answer about whether they will cause problems further down the line. ‘Personalised medicine will have a role,’ he says, ‘but before that we need tests that we can use in the cell, in the animal and in humans to predict whether a drug is going to go on and cause liver failure.’ He adds that more reliable tests could give drug candidates rejected on the basis of the old tests a new lease of life. ‘There has been a huge amount of attrition in the drug industry,’ he says. ‘It will be important to revisit those drugs and see whether or not they should have been shelved.’