As a consequence of Russia’s invasion of Ukraine, the chemicals industry has seen a year dominated by soaring energy and raw material costs, further bottlenecks in supply chains already stressed by the pandemic, economic uncertainty and political upheaval. As earnings reports began to trickle in this autumn, the severity of these crises became clear. 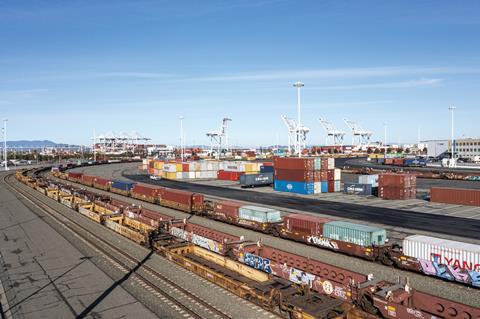 Chemical supply chains had already been strained by shipping disruptions during the pandemic. Russia’s invasion of Ukraine added extra disruption

Dow, for instance, saw earnings tumble 61% during the third quarter of the year. Its European olefin and polymer business operated at a loss. LyondellBasell Industries’ earnings slipped 63%, Eastman Chemicals’ by 26%, and Covestro’s by a whopping 97%.

‘The world is facing unprecedented problems: the war, the global tensions, energy crisis and famine, but many things that go beyond the horizon of a few weeks and months are being overlooked,’ Covestro’s chief executive Markus Steilemann, told investors in an earnings call in October. ‘The triple crisis of long-term issues: climate change, resource depletion and environmental destruction allows no further blocking and requires a strong industry to master all the challenges the world [is] facing.’

At the end of 2022, things are looking grim. In a 14 November industry report, German trade body, Verband der Chemischen Industrie (VCI) said earnings are under so much pressure that companies can hardly pass on the rising costs to customers. Production in Germany’s chemical-pharmaceutical industry is down by 5.5% and industry sales fell for the first time in two years, the association reported.

In the UK, the Chemical Industry Association’s (CIA’s) annual business survey showed the first fall in sales since the height of the pandemic, with over 40% of chemical companies seeing sales fall in the first quarter of 2022 alone. The trade body attributed the drop to energy costs, raw material costs and shortages, and labour costs. All these challenges, the CIA said, are continuing to intensify.

‘With inflation sitting at almost 10% and expected to rise in the coming months, the cost-of-living crisis is continuing to dampen demand through the second half of 2022 and we think will do so in the first part of 2023,’ said CIA chief executive, Steve Elliott. ‘It’s going to be a tough winter.’

The credit rating agency Moody’s has already lowered its outlook for the global chemical industry from stable to negative.

There were specks of light in the doom and gloom, though. Solvay’s sales rose 40% year-on-year, thanks to strong demand in automotive, electronics, healthcare, and agricultural markets. And Finnish company Kemira reported a record-breaking 40% increase in revenues and 50% rise in profits. Kemira benefitted from higher selling prices in pulp and bleaching chemicals, combined with access to cheaper energy than many competitors.

‘We own shares in Teollisuuden Voima and Pohjolan Voima, two electricity producing companies here in Finland that entitle us to energy at production cost,’ Kemira’s chief financial officer, Petri Castren, told investors in a conference call. ‘As expensive as the electricity is in Finland, continental European energy prices tend to be much more high. The combination of these factors gives us a significant competitive advantage over our continental European competitors.’

A smaller slice of the pie for Europe

The onslaught of problems in 2022 has hit the continental European industry the hardest, due in part to its reliance on Russian gas. Energy costs are the sector’s Achilles’ heel, the European Chemical Industry Council (Cefic) said in a bleak position paper on the crisis. In 2019, the fuel and power consumption of the EU27 chemical industry, including pharmaceuticals, amounted to 50.8 million tonnes of oil. Gas consumption in the chemical industry accounts for about 10% of total EU gas consumption.

Steep gas and electricity price rises, the potential risk of gas supply shortages and mandates of electricity consumption reduction are putting hundreds of chemical plants at risk throughout Europe, Cefic found. So far, the crisis has resulted in a trade deficit of €5.6 billion (£4.8 billion) for the first half of 2022, it said in the October paper. For the first time ever, the EU now imports more chemicals than it exports, both in volume and value. 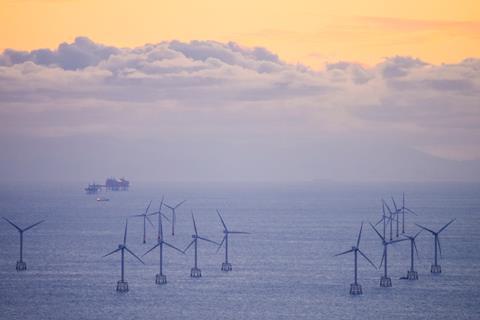 Energy was at the top of the Industry agenda this year, with many firms advancing plans to switch to buying renewable electricity

The situation is denting the industry’s competitiveness. EU27 market share has dropped significantly since 2010, Cefic found, with China now claiming 44.6% of the global chemical sales market share compared to 14.4% in the EU27 and 12.3% in the US. By 2030, the EU27’s market share will have dropped to 10.5%, Cefic predicts.

‘We are approaching the point of no-return: if no emergency solution to the energy prices is provided to our sector, we are not far off breaking point. Hundreds of businesses in the chemical sector are already in survival mode and we have started seeing the first closures,’ said Marco Mensink, Cefic’s director general.

The US industry did not sail smoothly through 2022 either. Although less affected by the energy crisis, it is grappling with persistent supply chain issues.

In a survey by the American Chemistry Council (ACC), 97% of respondents reported having modified their operations due to supply chain issues. Just over half (52%) of manufacturers had halted production because they were unable to ship products to customers, and 35% said they had customers cancel over concerns that deliveries will not arrive on time or at all, the ACC reported in August.

The ACC highlights ongoing difficulties within the freight rail network exacerbating these problems. Other seismic events, however, rattled supply chains that were still reeling from the effects of the Covid-19 pandemic when Russia’s invasion of Ukraine hit them hard.

Within days of the invasion, companies with operational links to Russia began to withdraw. Many abandoned significant investments and joint ventures, although there was a spectrum of responses - particularly in sectors supplying essential items like food products and medicines where immediate withdrawal would adversely affect the civilian population.

Moreover, the invasion endangered raw material supplies. Ukraine is the largest supplier of noble gases such as neon, krypton and xenon. It is also Europe’s largest producer of ammonia, 80% of which is used to make fertiliser. Russia is a major exporter of platinum and palladium, important metals in catalysts for vehicle exhausts and elsewhere. The country also produces around 14% of global aluminium and 22% of the world’s titanium, 20% of the EU’s supply of phosphate rock, 26% of the world’s scandium and 19% of global vanadium, as well as 10% of global nickel, 4% of cobalt and over 3% of copper.

Meanwhile, the soaring gas and electricity prices are forcing the chemical industry to cut production in particularly gas- and electricity-intensive processes. ‘The situation is developing dramatically,’ the VCI warned in October. Basic chemicals, including methanol, acetylene and ammonia, ‘already becoming scarce’, with far-reaching effects on the entire economy. ‘Many value chains are beginning to break down,’ the trade body said.

The chemical industry has an established response to profitability problems: to cut costs wherever possible. The current crisis is no different and by the end of 2022, the first cost cutting programmes were looming.

BASF is implementing one of the most punishing programmes in the industry. The company aims to save €500 million per year upon the programme’s completion in 2024, mostly at its flagship site in Ludwigshafen, Germany, with a focus on non-production areas including operating, service and research & development divisions. The programme will make a dent in a cost increase of around €2.2 billion that BASF says it has suffered at its European sites this year. 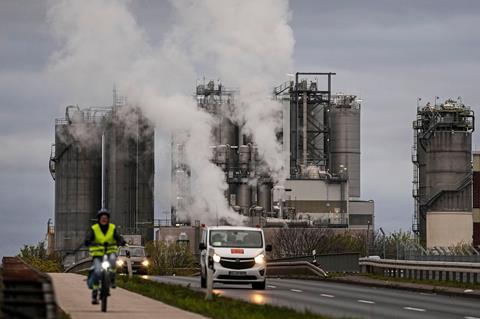 With restricted supplies of Russian gas, countries and plants were compelled to reduce their consumption where possible, or resort to rekindling more polluting coal and oil-fired power plants to supply their needs

Dow is trimming costs by reducing natural gas consumption in Europe by 15%. The company aims to save $1 billion on an annual basis over the next year, largely via such temporary shutdowns of underused facilities, such as cracker furnaces.

LyondellBasell plans to run its European facilities at 60% of capacity, and its North American assets at 75% of capacity. The company said its European energy costs in 2022 were $1.8 billion higher compared to 2020.

Eastman Chemical aims to cut costs by $150 million next year. Mostly, savings will come from adjusting its manufacturing plants to accommodate higher costs and slowing demand, it said. ‘Our current assumptions for next year contemplate a mild recession with a significant amount of inventory destocking complete by the end of 2022,’ Eastman said, noting that the biggest risk to its outlook is ‘a more severe recession’.

The year’s many difficulties have hampered the industry’s ongoing transition to a more sustainable future. Across Europe, trade bodies called on the EU to slow down its implementation of the Green Deal which, with its ambitious overhaul of the regulatory system for chemicals, is rocking a boat on already troubled waters.

The VCI asked the European commission to pause work on the chemicals strategy for sustainability (CSS) to allow for a ‘reassessment’ of its priorities and implementation. The call is a result of a ‘fundamentally’ different geopolitical and economic situation since the announcement of the Green Deal, the trade body said.

The European commission confirmed in its 2023 work programme that a particularly onerous part of the CSS – the overhaul of the registration, evaluation and authorisation of chemicals (REACH) legislation – will indeed be delayed until the fourth quarter of 2023.

Nevertheless, companies have been advancing their internal green agendas this year. Many made deals to purchase renewable electricity to help them reach their carbon dioxide emissions reduction targets. DSM, for one, upped its energy purchase targets to 100% renewable by 2030. And BASF signed purchase agreements for a total of 660,000MWh of wind and solar electricity per year, at an output of up to 250MW. With these contracts, more than 25% of BASF’s power in North America will come from renewable electricity, the company said. This follows BASF’s 2021 agreement to fund offshore windfarms in the Netherlands and buy up to 20.7TWh of renewable energy in Europe over the next 25 years.

Others focused on recycling initiatives. Covestro announced plans to build a £27 million polycarbonate recycling plant at its site in Shanghai, China. The facility will have the capacity to make 25,000 tonnes of polycarbonate products with recycled content when it opens in 2023. Synova, SABIC and Technip Energies agreed to build a commercial plant, which will produce olefins and aromatics from plastic waste.

Chemicals deal activity was slow in the first half of 2022 as companies and private equity firms paused to watch the impact of the war, rising interest rates, and a possible recession. The first quarter of 2022 saw one megadeal, however: Celanese’s acquisition of DuPont’s Mobility & Materials business for $11 billion.

Later in the year, Bayer sold its Environmental Science Professional business to the international private equity firm Cinven, for $2.6 billion.