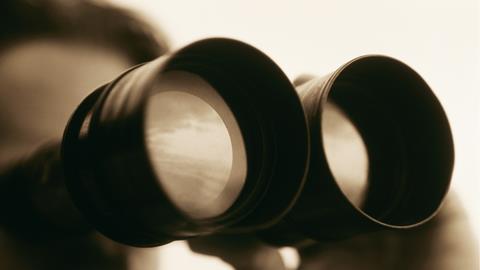 A new year is a time to recap and we’ve recently been looking back at the year’s most important events. It’s been another rollercoaster year, with some impressive scientific breakthroughs and worrying geopolitical developments. As the new year starts and we take stock of what to expect – you might be forgiven for muttering an exasperated ‘Oh God, what now?’

Russia’s war on Ukraine has gripped the news cycle in 2022. Unfortunately, the war looks set to drag on well into 2023, but there are hopeful signs that the tide is turning in Ukraine’s favour with military commentators predicting further major breakthroughs in 2023. Ukraine’s success on the battlefield has now led the nation’s chemists to consider how to go about rebuilding labs and institutions damaged and destroyed by the war. Regeneration and renewal are certain to be a key theme this year.

One constant this year will be anxiety at the state of the global economy, resulting from rising inflation and the cost of energy. A result of the war in Ukraine, these issues, compounded by the pandemic, threaten to push the world into a global recession. This will almost certainly squeeze research budgets around the globe, and this comes as many institutions are still suffering the impact of the pandemic, funding strictures and rising costs.

The UK in particular is heading for a winter discontent. University staff were on strike last year, joining the nurses, barristers, dockers, and airport and rail workers that have also taken industrial action. University employees in the US have also been on strike in California, and their success in a country unused to academic walkouts may put pressure on other institutes over contracts and pay. Further strikes by UK academics are expected this year too, as there is still no resolution on the horizon on tackling pay, pensions or precarious short-term contracts in a dispute that goes back to 2018.

There’s some positive news on the environment protection front though. Following agreement last year on the creation of a global treaty to regulate plastics and waste, the real horse-trading will start this year on exactly what will be covered. Questions that still need to be resolved include setting goals and tracking results, as well as the establishment of the scientific panel that will advise those writing the treaty. Expect to see the treaty signed no earlier than 2024, however.

2022 has been a tumultuous year, and unfortunately these events will feed into 2023 and beyond. Governments around the world will need to plan their reaction carefully. Protecting and properly funding research and incentivising high-tech industry should be part of the response, and will help the world to bounce back after a challenging year.