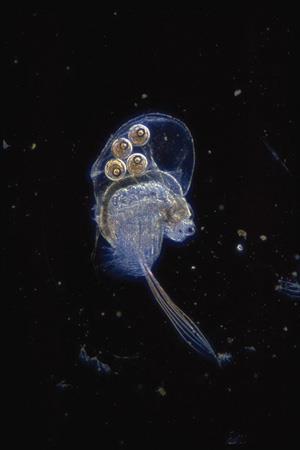 Acid rain may be causing lakes in eastern Canada to turn to ‘jelly’. The phenomenon is a result of the acid leaching calcium from clays, leading to a decline in some organisms that depend on it and a surge in the number of jelly-covered organisms replacing them.

A team from Ontario, Canada discovered the strange phenomenon after analysing monthly surveys of Ontario’s lakes, which contained records of the local water chemistry over the past 30 years.

Acid rain, caused by nitrogen oxides and sulfur dioxide emissions, appears to have displaced and forced out calcium from the drainage basins that feed the central lakes. The research found acid deposits have been steadily increasing since the 1850s, a time of rapid industrialisation.

Calcium-rich crustaceans such as the Daphnia water flea, which use the element to create a hard exoskeleton, have become vulnerable to predators and are now in decline. As Daphnia have declined, other plankton has taken their place, primarily the jelly-coated Holopedium, their numbers doubling over 20 years.

Holopedium only require one tenth of the calcium of Daphnia and their jelly coating also protects them from predators. The upsurge in Holopedium has led to the water becoming increasingly gelatinous.

The team claim that the massive increase in Holopedium will have a major impact on the ecosystem and the jelly could also block drinking water filtration systems. 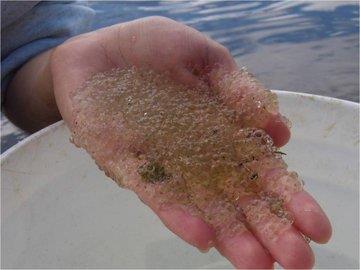 A handful of Holopedium from a lake in the Muskoka-Haliburton region of Ontario, Canada