Deportations on the back of consumer genetic tests worry scientists 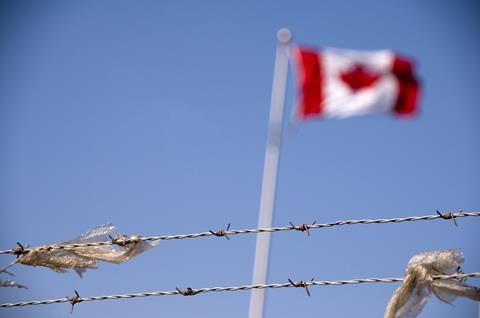 Geneticists in Canada are raising concerns about the apparent use of direct-to-consumer genetic tests and ancestry websites by the Canada Border Services Agency (CBSA) to help determine the country of origin for people it wants to deport.

‘It’s quite disturbing because I don’t see a strong scientific foundation for that kind of use of genetic tests,’ Yann Joly, director of research at McGill University’s Centre for Genetics and Policy, tells Chemistry World. ‘It doesn’t provide any new evidence that they couldn’t get in another way.’

The practice raises both scientific and ethical issues, according to Michael Szego, a clinical ethicist at the University of Toronto who has a doctorate in molecular genetics. He says the lack of information from the CBSA means that the situation remains murky. ‘It is not clear to me precisely why this testing is being performed, or the frequency of such testing,’ Szego states.

Subodh Bharati, a Toronto-based immigration lawyer, confirms that the CBSA has used genetic testing in the case of one of his clients facing deportation, and he knows of several colleagues who are representing people in the same situation. Canada accepted Bharati’s client, Franklin Godwin, as a refugee from Liberia in 1996. Two years later, he was convicted of drug offences and received a seven-year prison sentence. Godwin’s permanent residency was revoked, and he was ordered to be deported back to Liberia.

However, his home country refused to take Godwin back in 2003, and then again in 2005, claiming that he was not a Liberian citizen. Liberia does not accept the return of many of its citizens that have sought refugee status abroad – a fact well known to the CBSA, according to Bharati. In 2017, based in part on DNA testing, the CBSA claimed Godwin was actually Nigerian. Bharati says the agency has not disclosed the results of the genetic test.

According to Bharati, the CBSA did claim in a hearing that it has used the website FamilytreeDNA.com to find and contact two potential relatives of Godwin – a third and a fifth cousin living in the UK, who were of Nigerian descent. He says the agency is using that information as evidence that Godwin was lying about his country of origin, which allows it to keep him in custody.

‘CBSA has accepted on the record that they do not have the evidence to deport him to Nigeria, but are now keeping him in detention until he accepts that he is Nigerian and can be deported there,’ states Bharati.

Meanwhile, many in the field argue that there is little scientific support for linking genetic ancestry to citizenship. ‘The fact that you have Nigerian ancestry doesn’t necessarily mean you come from Nigeria,’ Joly says. ‘Ancestry is not the same thing as political citizenship.’

In addition, Joly suggests that using the ancestry of relatives is not useful either. ‘The fact that you are genetically related doesn’t mean you live in the same country,’ he says.

Serious ethical issues also arise from the fact that Godwin was in a maximum security prison when his DNA sample was taken. ‘I am not sure how voluntary consent can be sought in this context,’ Szego says. ‘CBSA is in a position of power, and that power imbalance would make voluntary consent extremely difficult if not impossible to obtain.’

Furthermore, there are questions about whether the agency is violating people’s genetic privacy. The CBSA contacted Godwin’s purported UK relatives unexpectedly by phone, and then the agency released their names in public court documents, according to Bharati.

The CBSA did not respond to repeated requests for comment by Chemistry World, but various media reports have confirmed that the agency admits to using DNA testing as ‘part of a suite of investigative techniques’ to confirm an individual’s identity.

Joly says that while the agency can invoke some scientific and public policy justifications for using DNA tests to confirm paternity in immigration cases, which is nevertheless still ethically controversial, it should abandon the practice of using genetics to confirm ethnicity. ‘The more I read, the less I’m convinced that these tests would be useful, even if they adopted a good framework for their use,’ he says. ‘At this point I recommend that they don’t use it in this way.’

Correction: This story was updated on 5 September, 2018 to clarify and correct Liberia’s policy, as well as the CBSA’s statement.