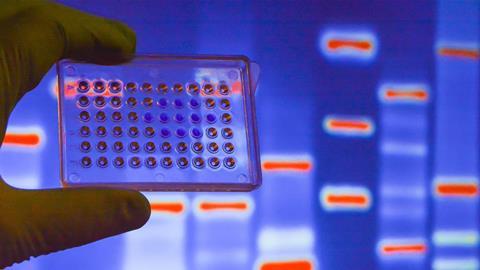 Healthy people in the UK are to be controversially offered genetic testing by the National Health Service (NHS) – for a fee. The plan has stoked concerns among geneticists and clinicians, who question its clinical usefulness for healthy people and worry it could waste NHS resources.

UK health minister Matthew Hancock said seriously ill children and adults with genetic conditions will be offered the service for free, but healthy people will pay and have the option of having their DNA analysed by NHS scientists. This will help predict a patient’s risk of developing various conditions, he said.

However, many clinicians and geneticists question how much clinical information can be obtained from sequencing. This is despite all the hype over ‘precision medicine’ since the Human Genome Project ended in 2003. This could be an example of over-selling whole genome sequencing, comments Jonathan Berg, a geneticist at the University of North Carolina, Chapel Hill – people may be disappointed to find they have relatively boring genomes. ‘That is exactly what we should expect,’ says Berg. ‘The vast majority of people don’t have any genomic findings that will immediately and directly impact their healthcare.’

Those who have benefited from sequencing have rare conditions or cancer. Sequencing has now become an increasingly effective way to choose cancer drugs. ‘Today about 10% of cancers of all types, when you sequence them you find something that is directly druggable,’ says Olli Kallioniemi, an oncologist at the Karolinska Institute, Sweden. ‘About half of those patients will then see benefits.’

Genomics England recently completed sequencing of 100,000 genomes from 85,000 people for the 100,000 Genomes Project. Participants were NHS patients with a rare disease, plus their families and patients with cancer. Some patients benefited from better treatment or having their condition diagnosed for the first time.

For healthy people, genome sequencing offers some understanding of the risks of common diseases by accounting for millions of single nucleotide polymorphisms (SNPs). These are single letter changes in DNA. Having one SNP can slightly boost or lessen the risk of developing a disease and, in theory, stacking results can give useful information about which diseases we are prone to.

Kallioniemi is optimistic that SNP scores offer a promising future strategy for prevention, screening and possibly treatment – but not yet. ‘It would be good if we had reliable predictors of polygenic risk for common disease like diabetes, or heart disease or cancer, but we don’t,’ says Kallioniemi.

Others argue that the dream that genomics could reveal which diseases people were at risk of is fading fast and was misguided from its inception. Two clinicians recently described how initial hopes for precision medicine in the late 1990s were based on the false assumption that common diseases could be precisely linked to genetic factors. In reality, hundreds of gene variants – as well as environmental factors – play a role in most conditions.

Andrew Wilkie, a rare genetic disorders researcher at the University of Oxford, viewed the NHS announcement as premature. He was one of a number of prominent geneticists who wrote a letter to the Times expressing concern. ‘It is hard to say something precise and predictable about a healthy person,’ Wilkie says. ‘There is little that could be done [using whole genome sequencing] that could stand up to rigorous scientific scrutiny,’ he adds. One exception is identifying carriers of serious recessive disorders. The letter also worried about instituting a two-tier service, where people who could pay would take up healthcare resources. The extra demand could siphon funds away from those where there is proven benefit for sequencing – patients with rare diseases and cancer.

The NHS is caught in a catch-22. It cannot offer the service for free, because – as Wilkie notes – genome sequencing is of ‘little or no proven utility’ to healthy people. Expert interpretation of results doesn’t come cheap either. While the price of whole genome sequencing has fallen to £700, the costs for interpretation are far higher. Chiara Bacchelli, geneticist and co-founder of Elite Medicine, which offers private whole genome sequencing, says: ‘What is really expensive and time consuming and which needs trained people is analysis and interpretation of the data.’ She estimates that this can cost an extra £3000. Elite Medicine reviews data when new scientific evidence comes to light too, something Bacchelli doubts the NHS has the resources to do.

Another problem is the sequence itself. ‘The sequences are riddled with errors and imperfections, and it is important to bear that in mind when dealing with a healthy person,’ says Wilkie. If a patient has a disease their genome can uncover the underlying genetics of it. But it is much harder to look at a healthy person’s entire genome and give them reliable advice that is medically useful.

There are still strong proponents of whole genome sequencing though. Michael Snyder, a geneticist at Stanford University, US, recently sequenced the coding regions of the DNA of 70 healthy people. He learnt something medically relevant from the genomes of 12 of them – for instance, one patient had a mutation in the BRCA1 gene that predisposed her to a high incidence of breast cancer. However, some participants had mutations in a gene not on the usual lists, but which proved clinically relevant. This included one patient who had a mutation in a cardiomyopathy gene that led to him being diagnosed with a heart defect.

‘It takes our folks about 20 hours to analyse a genome,’ Snyder says. ‘The [reference] databases are not 100% accurate.’ He estimates that interpreting a genome costs several thousand dollars. ‘You need experts to decide which genes are really disease genes. The literature is a bit of a mess,’ he adds.