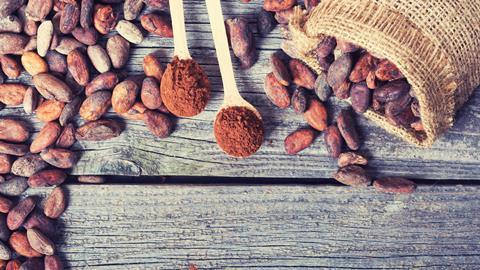 Researchers in Germany have developed a new sample-prep and bioimaging method to analyse the distribution of nutritional and toxic elements in cocoa beans.

In Europe alone, each person consumes an average of 5.9kg of chocolate each year. Cocoa plant contamination, however, is a real concern as plants can pick up toxins and heavy metals from the soil where they grow. One major issue is cadmium, which can occur naturally in volcanic soils. European regulations now stipulate maximum cadmium levels in food, necessitating analytical methods that check for such contaminants in a fast and efficient manner. 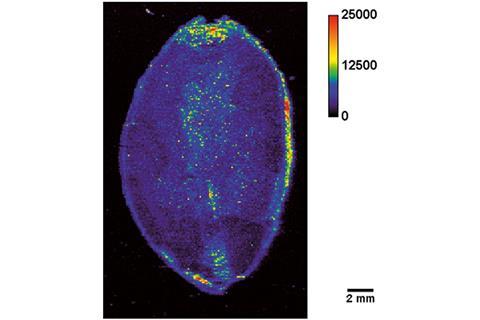 To analyse cocoa beans with the method devised by Uwe Karst, from the University of Munster, and his co-workers, the team first fermented the beans for six days then dried them. Next they polished the beans’ surface flat – a step that reduced interference during analysis. Then they glued the samples to a glass slide and analysed them using laser ablation inductively coupled plasma triple quadrupole mass spectrometry (LA-ICP-TQMS). Two ablation sequences images each sample twice: first it imaged the whole bean, then the inner part of the seed after removing a layer of tissue.

The team’s results show that several essential elements, as well as the toxic elements cadium and lead, concentrate in the seed shell. They say their method could help unpick how different processing techniques, as well as how different genetic and geographic profiles, affect the distribution of essential and toxic elements within cocoa seeds and could consequently reduce contaminations in cocoa-derived products.