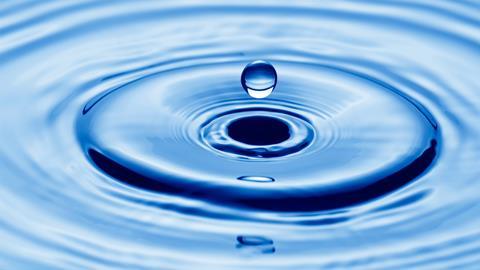 Photo-ionisation of liquid water is crucial to numerous corrosion processes – including DNA damage that can lead to cancer in humans. However, one of the intermediates in this reaction had never been unambiguously detected. Now, however, researchers have used ultrashort x-ray laser pulses to gather clear evidence of its existence and measure its lifetime.

When a high-energy photon or charged particle hits a molecule of liquid water, it can knock an electron free. This free electron is released into the water, leaving behind an H2O+ ion. ‘Within 50 femtoseconds, it transfers a proton to a neighbouring water molecule and forms a hydroxyl radical, which is a dangerous oxidising species that everyone’s afraid of,’ explains atomic, molecular and optical physicist Linda Young of Argonne National Laboratory in the US. That’s the theory, anyway. In reality, unambiguous experimental evidence for H2O+ had proved elusive. ‘People looked for H2O+ absorption peaks in the optical and UV regions, but the signatures were all convoluted with other things, so you couldn’t discern them,’ says Young.

To try and tease out the H2O+ signal, Young and colleagues in Singapore, Germany and other institutions worldwide took a different tack. ‘The main idea was to mimic what happens when an x-ray comes in and ionises water,’ says Young. ‘You can probe that with tunable x-rays, and it turns out that where you expect the absorption for the H2O+ and the hydroxyl radical is in a region where liquid water doesn’t absorb.’

After short pulses from a powerful optical laser ionised the water, x-ray pulses from the Linac Coherent Light Source – the x-ray free electron laser at the Stanford Linear Accelerator Laboratory in California – probed the absorption of the resulting liquid. Varying the time delay between the two pulses allowed the researchers to detect two previously unobserved x-ray absorption peaks. The first, after about 46 femtoseconds, they assigned to the decay of the H2O+ cation to the excited hydroxyl radical and the second, after about 0.18 picoseconds, they believe was due to the vibrational cooling of this radical to its ground state.

‘Being able to manipulate electrons in water and to do photoelectron spectroscopy – which historically is a gas phase technique that you have to do in a vacuum chamber – is very exciting,’ says theoretical chemist John Herbert of Ohio State University in the US, who was not involved in the research. ‘This technology combining x-ray spectroscopy with liquid microjets is about to become very big, and this water cation/hole experiment is on some level the hydrogen atom of aqueous phase x-ray laser spectroscopy. The outcome is not surprising, but that doesn’t mean the science is not exciting.’