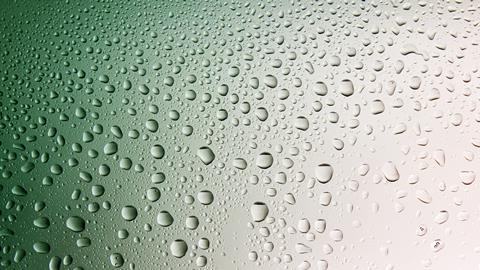 Precision approach may have spotted coldest liquid water droplets ever made

Researchers in Europe have developed a new technique to measure the temperature of tiny droplets of supercooled water with greater precision than ever before.1 As a result, they believe they may have precisely measured the coldest water droplets ever made. The findings could have implications for the future study of supercooled water, and in turn for fields such as atmospheric modelling.

Below 0ºC, crystalline ice becomes the most thermodynamically stable phase of water. However, pure water can remain a metastable supercooled liquid at temperatures considerably below this until a crystal nucleus forms spontaneously. As they contain fewer molecules in which a crystal nucleus can form, smaller quantities of supercooled water take longer to crystallise and can therefore reach lower temperatures.

Researchers studying supercooled water therefore often dispense micrometre size liquid water droplets into a vacuum chamber. As water evaporates from the outside of the droplets, the remaining water gets colder. Using this technique, Anders Nilsson of the University of Stockholm in Sweden and colleagues recently published remarkable results on the compressibility of liquid water reportedly as cold as -46ºC.2 Measuring the temperature of tiny water droplets is difficult, however.

The amount of supercooling can be calculated from the shrinkage of the droplet, but measuring the droplet’s radius is itself difficult. Groups such as Nilsson’s have relied on assumptions about the droplets expelled by the nozzle. Now, however, condensed matter physicist Robert Grisenti of the University of Frankfurt and colleagues in Germany, Italy, France and Spain have discovered a technique to directly measure droplet size.

The researchers performed Raman spectroscopy on the water droplets, observing a series of resonant peaks in the scattered light that gradually shifted to longer wavelengths as the droplets travelled. They showed theoretically that the peaks’ wavelengths are precisely related to the radius of the droplet, allowing them to calculate each droplet’s temperature more exactly.

The researchers found that they could cool a proportion of 6μm liquid droplets to around -43ºC. Below this, the resonant Raman peaks disappeared, showing that effectively all of them had frozen. This is difficult to reconcile, explains Grisenti, with the results from Nilsson’s group. ‘At the temperature at which our droplets freeze the Nilsson droplets, which are twice as large as ours, are completely liquid – this is not physical,’ he says. Nevertheless, he concedes, ‘I cannot exclude that, in our experiments, other, unknown effects could be playing a role.’ The researchers now intend to use their method alongside analytical techniques to investigate the properties of water at these low temperatures.

‘It’s a very clean, very elegant measurement and maybe it paves the way for people to be much more accurate about the temperature when they do experiments with these supercooled droplets,’ says Alan Soper of the Rutherford Appleton Laboratory in Oxfordshire. ‘In the end, what one’s really interested in is what the water is doing under these conditions,’ he says. Nevertheless, he adds: ‘There’s a lot of supercooled water in the atmosphere and what temperature it actually crystallises at is probably quite important.’