The European commission has conditionally approved the mega-merger of Dow and DuPont, though DuPont has been told to sell off its pesticides business to avoid competition concerns. 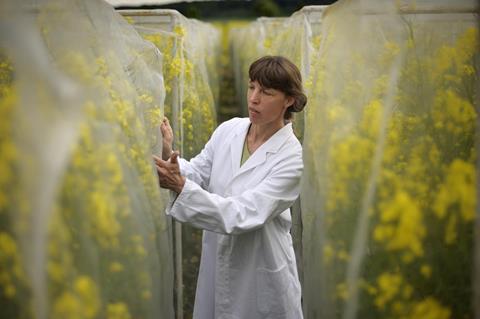 Despite DuPont being compelled to sell off significant parts of its crop protection research, the merger could still give rise to US competition concerns in crops like oilseed rape

The commission worried that the merger would reduce competition on price and choice for existing pesticides and retard innovation. Just three other companies are globally active throughout the entire R&D process, from discovery to sales – BASF, Bayer, Syngenta.

The commission’s investigations showed that Dow and DuPont were competing head-to-head in a number of important crop protection research areas. Hence it has ruled that most of DuPont’s global pesticides R&D organisation must be divested. Specifically, DuPont’s herbicides for cereals, oilseed rape, sunflower, rice and pasture were noted, along with insecticides for fruit and vegetables. All tangible and intangible assets underpinning the divested products, including manufacturing plants, must also be sold.

To satisfy these requirements, DuPont has agreed an asset swap with agricultural and food materials firm FMC. It will trade its crop protection business, including R&D capabilities, for all of FMC’s health and nutrition business. FMC will also pay DuPont $1.2 billion (£960 million) in cash, plus $425 million in working capital. FMC will acquire DuPont’s cereal broadleaf herbicides and chewing insecticides, plus DuPont’s crop protection R&D pipeline and organisation, excluding seed treatment, nematicides, and late-stage R&D programmes. DuPont will continue to develop and bring these to market.

‘They are slicing and dicing the activities of DuPont,’ says Peter Carstensen, competition law expert at the University of Wisconsin in Madison, US. ‘There are subsets of herbicide and pesticide business, which raises questions about whether FMC will get a viable set of assets. Another key question is whether it is well-positioned to handle the technology.’

Carstensen was not surprised that DuPont was told to sell off a lot of R&D – it had been widely predicted, and signalled in early communications from the EU. He points out that DuPont has already begun reorganising its R&D divisions, with significant redundancies at its Delaware sites. And despite the divestment, issues will remain with crops like corn, soybeans and cotton in the US if the merger goes ahead, Carstensen adds.

The full commission decision runs to over a thousand pages and could take a few months to release publicly. It explains in full the commission’s concerns and how the proposed remedies address them. Dow and DuPont also overlap in certain petrochemical product areas, so the commission has specified Dow must sell off two manufacturing facilities for acid co-polymers in Spain and the US.

It’s not just the US still standing in the way of this merger. They need clearance from countries such as India, Brazil, Russia and South Africa

Meanwhile, the commission is still considering Bayer’s intended acquisition of seed giant Monsanto, and a takeover of Syngenta by ChemChina. All this consolidation is causing concerns within the agri-business sector. Farmers and consumer groups are worried about higher prices for traits, seeds and agrochemicals; less choice; and reduced innovation.

The US Department of Justice also must rule on the mergers. Carstensen says competition lawyers don’t know which way the Trump administration will go on these issues. ‘It’s important to realise that it is not just the US standing in the way of [the Dow-DuPont] merger. They need clearance from a bunch of other countries that are very important economically, such as India, Brazil, Russia and South Africa.’ These countries will pay attention to the details of the European commission decision, and if they impose restrictive requirements, the deal could yet be called off.

The non-profit American Antitrust Institute cautioned against drawing major implications of the commission decision to other markets. Unlike Europe, the US plants genetically modified crops extensively. That market has been strongly affected by previous consolidations. ‘Empirical evidence shows that “technology fees” on transgenic corn, soybean, and cotton seed make up a significant proportion of total seed costs,’ said institute president Diana Moss in statement. ‘The US Department of Agriculture notes that the prices of farm inputs, led by crop seed, have generally risen faster over the last 20 years than the prices farmers have received for their commodities.’

Agricultural biotechnology innovation comes at an increasingly higher price, Moss added, ‘a price that many worry will increase if the Dow–DuPont and Monsanto–Bayer mergers go through.’ She points to a pending duopoly in corn and soybeans, and Monsanto’s dominance in cotton. Just six companies control almost two-thirds of the global seed market.