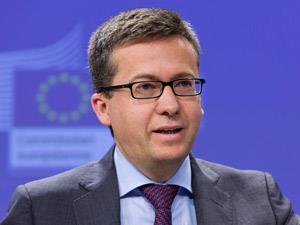 Science commissioner Carlos Moedas has continued his lively start to his premiership of EU research with a new proposal to set up a European Innovation Council. He says Europe needs to better capitalise on its research, as it currently underachieves in getting results to market, with European technologies often commercialised elsewhere.

Moedas set out his visions and priorities for European research and innovation policy at a recent conference in Brussels, ‘A new start for Europe: Opening up to an ERA of Innovation’ saying the current the legislative frameworks, entrepreneurial attitudes and innovation ecosystem in Europe fall short.

‘I can see that Europe does not yet have a world-class scheme to support the very best innovations,’ he told the conference. ‘I want to discuss [the innovation council] as a major element under the [2017] mid-term review of Horizon 2020.’

The new council would support the most innovative projects, companies or entrepreneurs.  The intention is not to have a talking shop but to provide real monetary support.

Those close to discussions point to the Small Business Innovation Research (SBIR) Programme in the US as an example of best practice internationally. Like SBIR, a phased approach would likely be taken by the innovation council, with some money for feasibility studies, followed by more substantial grants closer to market. But Moedas stressed that much work was still required to get it right.

‘The prestige of a European Innovation Council, and its financial means, could make a difference. But it seems to me that the challenge is how to make it happen,’ notes Thomas Crouzier, a researcher at KTH Royal Institute for Technology in Sweden who blogs about digital tools for research. Certainly evaluating innovation proposals would be trickier than judging excellence in basic science, as the European Research Council does, says Luc Soete, an innovation expert at the University of Maastricht in the Netherlands: ‘This idea would need a lot of reflection to see how best to implement it.’

Others complement Moedas’ energy and dynamism but wonder about policy directions. ‘Would you focus on the equivalent of Oxford or Cambridge in the innovation world, which inevitably would mean some strong regions and countries getting stronger, or would you offer a counterbalance?’ asks Alan Irwin, science and technology policy expert at Copenhagen Business School, Denmark. He notes that smaller nations can prioritise certain areas, but it is hard to imagine Brussels making such strategic decisions about innovation.

Moedas also said the time has come for a European initiative on research integrity to promote excellence and show to the public that European science is above reproach. ‘We should launch a new European Research Integrity Initiative, with clear standards and mechanisms to tackle scientific misconduct, by the end of this year,’ he said.

As a major funder of European research, the European Commission as is able to act if there is any financial misconduct in a project, but not scientific misconduct. The plan is to correct this situation.

‘Research integrity is an absolutely crucial issue, in a world based on open access to publication and data. Universities are absolutely willing to take their responsibility on this issue,’ notes Kurt Deketelaere, secretary-general of the League of European Research Universities. ‘A complementary approach between the EC and universities is desirable, with the EC putting forward the framework and the universities implementing it.’

By and large commissioner’s plans have been welcomed by the scientific community in Europe. ‘What has influenced his perspective is his engineering background…you can see you are dealing with an engineer,’ Soete observes. ‘He wants to find solutions to the problems as he identifies them, and that is pretty refreshing.’