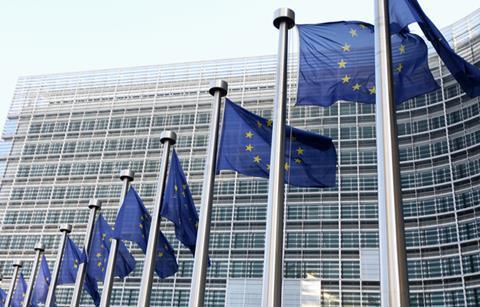 The panel will replace the role of the chief scientific adviser, which Jean-Claude Juncker scrapped in 2014

The seven scientists on the panel were named today, with chief scientist at the Met Office in the UK Julia Slingo set to serve alongside the soon-to-depart head of CERN Rolf-Dieter Heuer. Five other European scientists will also serve on the panel. The first meeting of the group will take place in January 2016.

The mechanism will complement the in-house services of the Joint Research Centre and specialist committees. It replaces the role of chief scientific adviser, held by microbiologist Anne Glover, which was controversially scrapped by Jean-Claude Juncker when he became president of the commission. The European network of academies and learned societies will assist the panel with the support of €6 million (£4.2 million) made available under Horizon 2020.

The panel was chosen by a group of three: former UK chief scientific adviser David King, professor of international law Rianne Letschert in the Netherlands and Antonio Vitorino a Portuguese politician. They chose from 162 nominations from 74 organisations and needed to strike a balance between nationalities, specialities and gender, ensuring a spread of countries and including more powerful member states in the mechanism. All three of their home countries received seats on the panel.

The other five selected were synthetic biologist Janusz Bujnicki at the International Institute of Molecular and Cell Biology in Warsaw; sociologist Pearl Dykstra at Erasmus University Rotterdam; materials scientist Elvira Fortunato at NOVA University in Lisbon; mathematician Cédric Villani at the Henri Poincaré Institute, Paris; and food safety and disease scientist Henrik Wegener at the Technical University of Denmark.

‘It’s an impressive line-up and it is good to see that several of the individuals have previous experience working at the science–policy interface,’ says James Wilsdon, science and democracy professor at the University of Sussex, UK. ‘It will be important for them to maintain and visibly demonstrate their independence, not to be lapdogs of the commission, and to provide independent scrutiny and advice.’

He adds: ‘The establishment of a larger secretariat to support the work of the high level group is a positive development. One of Anne Glover’s great frustrations [as chief science adviser] was that she had a tiny team, and very limited resources to support her work… You now have a secretariat of up to 20 people, much better resourced, and there is also a line of funding going to the national academies and learned societies to support additional work.’

He says the balance between topics given to it by the commission and those the group itself decides to pursue will be important. Also, how it knits together the complex advisory landscape in Brussels, with its different committees and regulators, will be interesting.