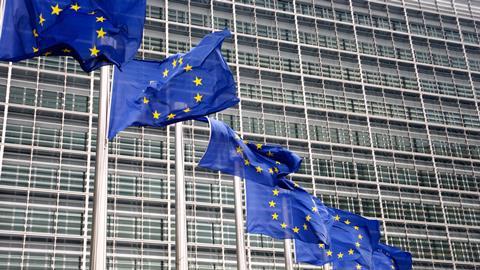 The European commission has said it will not launch any more FET flagships – massive €1 billion (£870 million) research projects designed to run over 10 years – under its next funding programme, Horizon Europe, which starts in 2021.

The decision comes in the middle of a selection process that would have decided the next two or three flagships, but now there is a question mark over whether any of the six shortlisted projects will be funded. The three existing flagships – graphene, the human brain project and quantum technologies – will continue.

Kurt Vandenberghe, policy director at the commission’s directorate-general for research and innovation, says that the decision was made following feedback from member states and the research community. The complaint was that the current funding framework had too many different sources of funding and projects that overcomplicated the system. ‘We’ve made a real effort at the strong request of member states to rationalise the whole funding landscape,’ he tells Chemistry World. ‘We’ve tried to avoid this whole “acronym soup” that we have currently in Horizon 2020.’

He emphasises that it’s still possible the six projects, which were shortlisted from an initial 33 proposals, will be funded as part of Horizon Europe, but the designation ‘flagship’ will no longer be used.

‘The flagships have had a very good track record. We’ve learnt a lot from these in the sense of big investments and longer term programmes co-designed with the scientific community,’ he says. ‘What we are now doing is to say that this approach that has been pioneered successfully with flagships can be continued under the next programme, but with a different label and with possibly some different modalities.’

The six projects, which include areas such as gene therapy, artificial intelligence, solar fuels and digitising Europe’s cultural heritage, have been granted funding to develop detailed plans over the next year. Vandenberghe says this preparatory work will provide ‘very valuable intelligence’ that will feed into the strategic planning for Horizon Europe.

‘None of these [shortlisted proposals] were guaranteed flagships. That was always very clear,’ he says, adding that they could instead attract funding as ‘missions’ within Horizon Europe. The commission and European parliament are still discussing exactly how Horizon Europe funding will be organised – including how much funding will be available for large-scale, long term projects – and are due to propose a strategic plan at the end of this year.

One of the shortlisted projects is Sunrise, which focuses on the production of fuels and chemicals using sunlight. Its project leader Huub de Groot, a biophysical organic chemist at Leiden University in the Netherlands, says they were officially informed of the commission’s decision after the announcement of the shortlist, meant to take place at a November conference in Vienna, was cancelled.

‘They could in principle have stopped everything … but we got informed in December that we could still do a [roadmap] but that we were not allowed to use the word “flagship” any more. We were instructed to instead use “large scale research initiative”,’ he says.

From his point of view, the situation ‘hasn’t changed much’, although he is concerned that Horizon Europe will not include enough funding for larger projects. He says the change in strategy has given Sunrise an opportunity to be more collaborative with Energy-X, another one of the shortlisted projects that also has a focus on solar fuels.

‘The positive side of the situation is that all of a sudden the competition has disappeared,’ he says. ‘If we do things together we are much stronger, and that’s what we are doing. We are talking to each other, we are working together, we are exchanging information, we are trying to see if we can make a plan that we can then put up for funding.’