What was your initial reaction when the initiative won the funding?

I was convinced that we had a very strong proposal so I cannot say that I was surprised by the fact that the graphene flagship was one of the winners. Of course, I was very glad and honoured that we had reached this positive outcome after over two years’ work.

Why do you think graphene won?

I think there are many reasons. One is that we could convincingly argue that investment in graphene and other layered materials will have positive tangible outcomes as new employment opportunities and will contribute to economic growth in Europe. Also, graphene is clearly a European project, and the argument that the fruits of European research should be harvested in Europe resonated well with the European commission (EC) and the expert evaluators.

What are the project’s goals?

Our goal is to make sure that graphene makes the transition from academic laboratories to society at large where it can have a multitude of technological and economic impacts. We aim at creating disruptive technologies that exploit this new family of layered materials, which requires that we will strengthen the links between academic and industrial researchers.

What role will chemists play in this initiative? 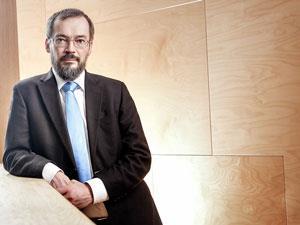 Chemists, physicists and engineers must all work together to realise our common goals. Some of the areas where chemists and chemical engineers are crucially needed is the development of new production methods for different types of graphene and other layered materials, but also in functionalising graphene. Two of our eleven scientific and technological work packages are led by chemists, namely the ones that focus on health and environment and nanocomposites.

We are presently negotiating with the EC regarding the starting date, which will be sometime this fall. One of the first actions we will do is to publish an open call to invite new groups to the consortium and strengthen our activities in specific areas. The areas have not been decided yet but, for instance, graphene-based chemical sensors are being discussed as a possible open call topic.

How did you become head of the consortium leading the graphene project?

In April 2010 I received an invitation to a workshop in Brussels to discuss already presented ideas for the flagships and the possibility of presenting new ideas. After reading what had already been showcased, I decided to present graphene as a possible flagship topic as it did, in my mind, fit the concept quite well. After returning from the workshop I set out to put together a small consortium that would apply for funding for the pilot phase. The small consortium of nine partners was completed in summer 2010 and in the Fall we submitted our proposal for a pilot that was then chosen as one of the six pilots funded by the EC. As often happens, whoever took the initiative also drove the project forward as a coordinator; the choice of Chalmers was also rather natural as we already at that time coordinated two EU projects on graphene, which gave us a substantial contact network. Chalmers has been very active in EU research for many years and we are quite used to coordinating European projects.

€1 billion is a huge amount of money. Where will the money go?

Actually, €1 billion is not that much money if your goal is to create new disruptive technologies – for comparison, a European truck manufacturer recently completed a €2 billion project to design new trucks. In particular, during the first 30 months the funding is at a much more modest level of €21.6 million per year. During this period we will primarily focus on the theme of communication, both within the domain of information and communication technology and the physical domain related to the transport sector. We will cover the entire value chain from materials technologies to component manufacturing and system integration, addressing a number of specific research areas such as high frequency electronics, nanocomposites and various energy applications. Beyond the ramp up phase we will extend to new areas, which may include fields such as medical applications and graphene-based coatings. Also, the scope of the flagship comprises other layered materials too, and their proportion of the flagship is expected to increase as the fields mature. In terms of cost categories, the flagship funding is primarily aimed at personnel costs, while major infrastructures are expected to be financed by national means as needed.

How do you coordinate the work of more than 100 different research groups to prevent duplication of work?

We have organised the flagship in 11 scientific and technical work packages, which are led by work package leaders from academia and industry; in addition, we have specific work packages dedicated to innovation, dissemination and management. On the flagship level, work in different work packages is overseen and integrated by a scientific board. The operative leadership of the flagship comprises a scientific board and a director who are supported by a small staff of project officers and financial officers. The operative management is supported by a strategic advisory council of leading scientists and technologists. Finally, the highest level of governance is a general assembly where all flagship partners are represented.

How do you see the project’s work tying in with industry?

In most of our work packages industrial and academic researchers work side by side towards common goals, with a larger share of industrial participation in the more mature work packages such as flexible electronics, as compared with, for example, the work package on fundamental graphene science. The innovation and dissemination work packages have an important role in developing collaborative schemes on, for example, intellectual property management and in communicating the flagship progress both internally and externally. For that purpose we are planning a series of seven industrial workshops targeting either specific branches or focused on small and medium size enterprises.

As the graphene initiative is funded with a lot of public money people will be expecting big things from it. How will you keep the public up to date with what the project has achieved?

Dissemination to the public and decision makers is an important part of large publicly funded activities such as the graphene flagship. We will be employing two full time staff who have the overall responsibility of dissemination, and we have already started this endeavour: we have recently had our first meeting on a graphene exhibition that will circulate in science museums across Europe. Other important communication channels include our web site www.graphene-flagship.eu and printed materials such as yearly reports that document the flagship’s progress.